Coaling docks on a mainline were usually of a significant size. A carload of coal was left at the base of the ramp, then pulled up with a winch into the structure where the car was dumped. The coal then could be poured into steam engines as needed. Docks were not built at every station, but were spaced out far enough to properly service engines without the fear of running out of coal between the endpoints of the run. This brand new one is seen under construction at Harrington in 1893. 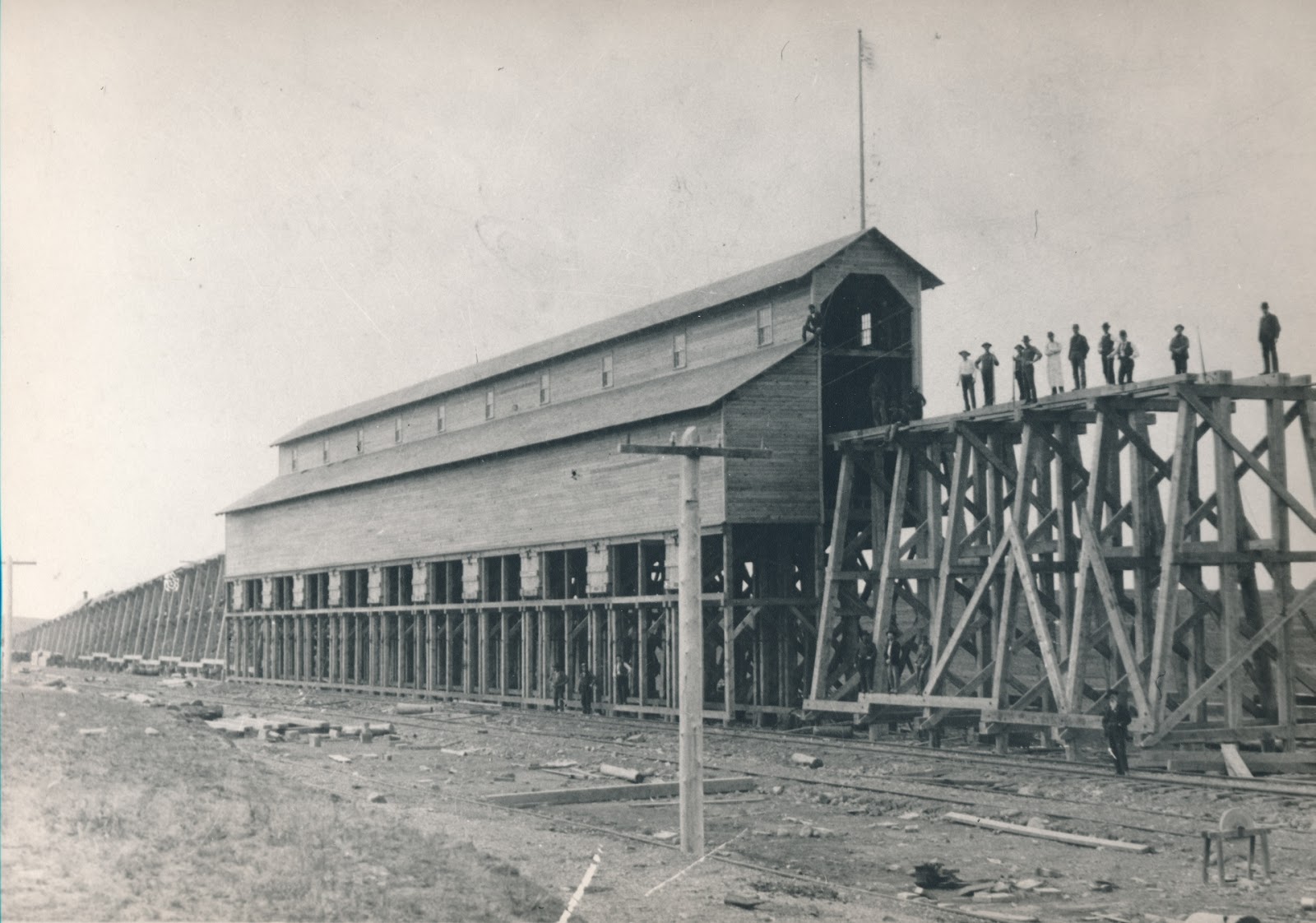