The Douglas depot was the last open agency on the Mansfield branch. It was closed in 1975 and was otherwise unused. Burlington Northern sold it to Central Washington Grain Growers not long after the line was abandoned in 1985. By 1994, it was deemed to be old and obsolete so was allowed to be burned down as a training exercise by the area fire department. The night before the fire the station signs were removed for safe keeping. In the background, note the string of boxcars for grain loading in this 1983 view. The stack just in front of the end boxcar are  grain doors, used to mostly close the side door of the boxcar to allow it to be filled with grain through the upper portion of the opening. 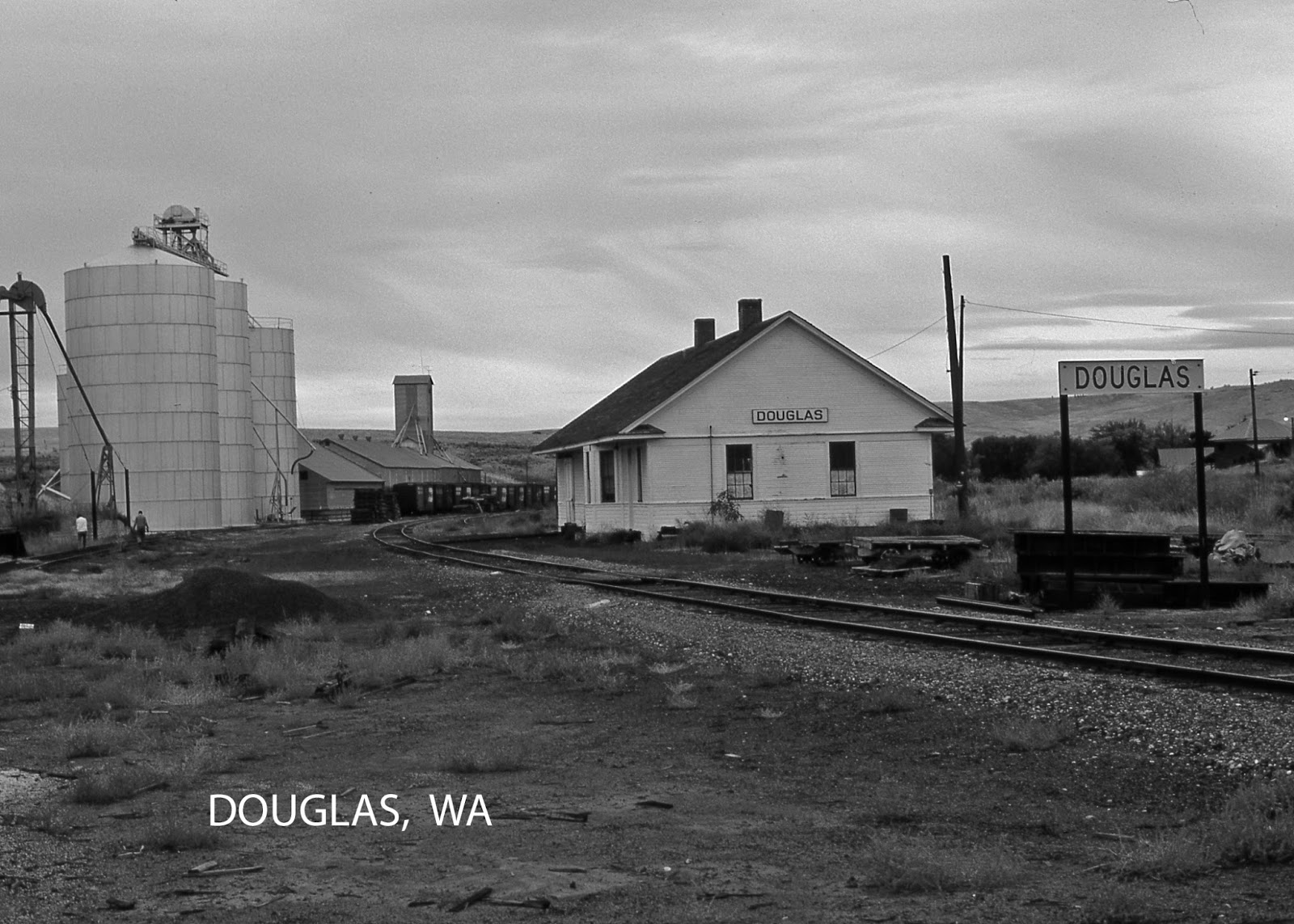