Back around the 1940s, around the time Grand Coulee Dam was built, power lines were strung from Midway Substation, near Hanford, to the dam. The construction crew was working from Midway towards the dam. What they found ahead of them was the impressive height of the Saddle Mountains.
While the spot they needed to traverse was not one of the many sheer cliffs, the slope of the soil was still amazingly steep and several hundred feet high.
And they needed to get down to the bottom.
With a large bulldozer.
At this location, near the middle of the Saddles, getting down to the bottom would mean backtracking to the south a bit and then heading multiple miles either east towards Othello and coming around the end of the mountains or west towards the Columbia River and rounding the gap in the mountains threaded by river and coming around near Beverly. This would add several days to the project.
One bulldozer operator, who likely had more guts than anyone else in the crew, had an idea. He would take the machine straight down the slope.
He fired it up, moved over to the edge, placed the blade firmly into the mountain, and carefully drew himself onto the slope. It was not a straight-down story, as the scar in the hillside shows. At one point the descent veers a bit to the west, as a ravine was approaching with an even steeper slope. After making the turn, he kept the blade down and bulldozed all the way to the bottom, saving days of delays.

1950 scar
This photo, also courtesy of Dave Morgan, was taken around 1950, when the scar was still widely visible. 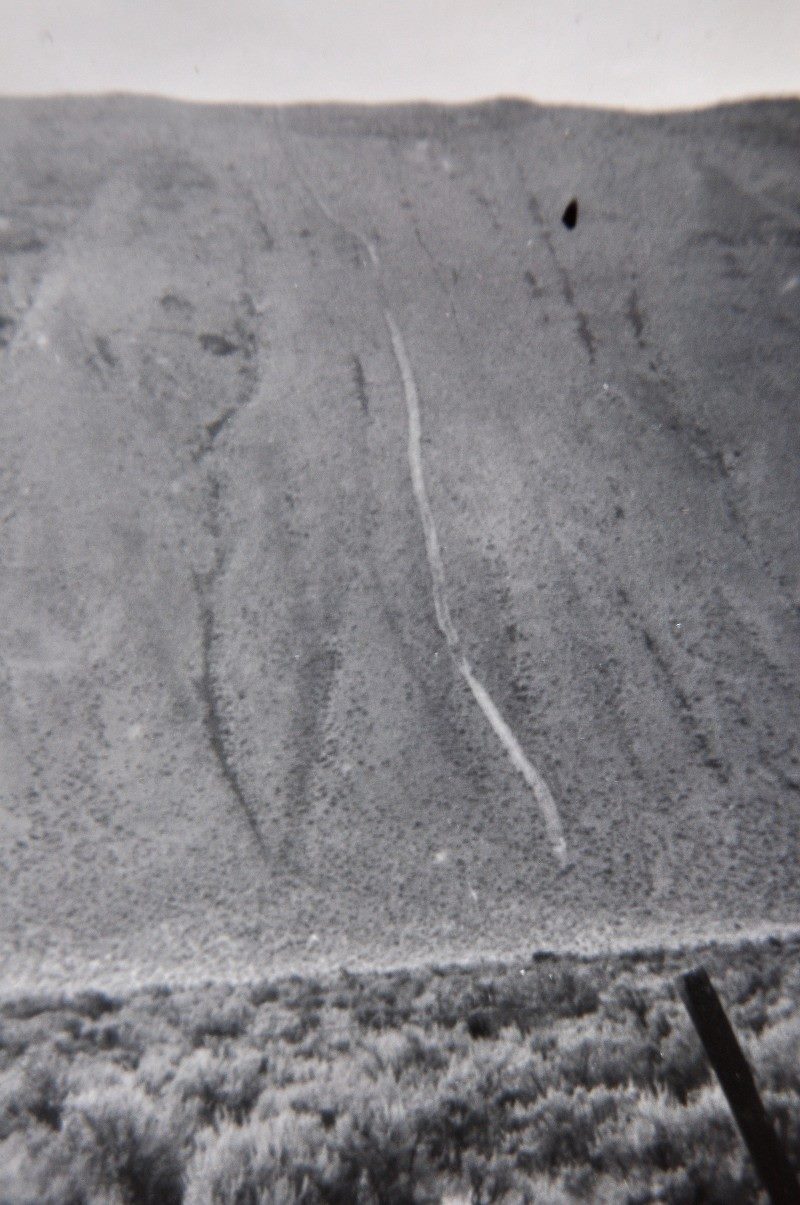 2009 scar
In this 2009 view courtesy of Mark Danielson, the scar is still faintly visible. 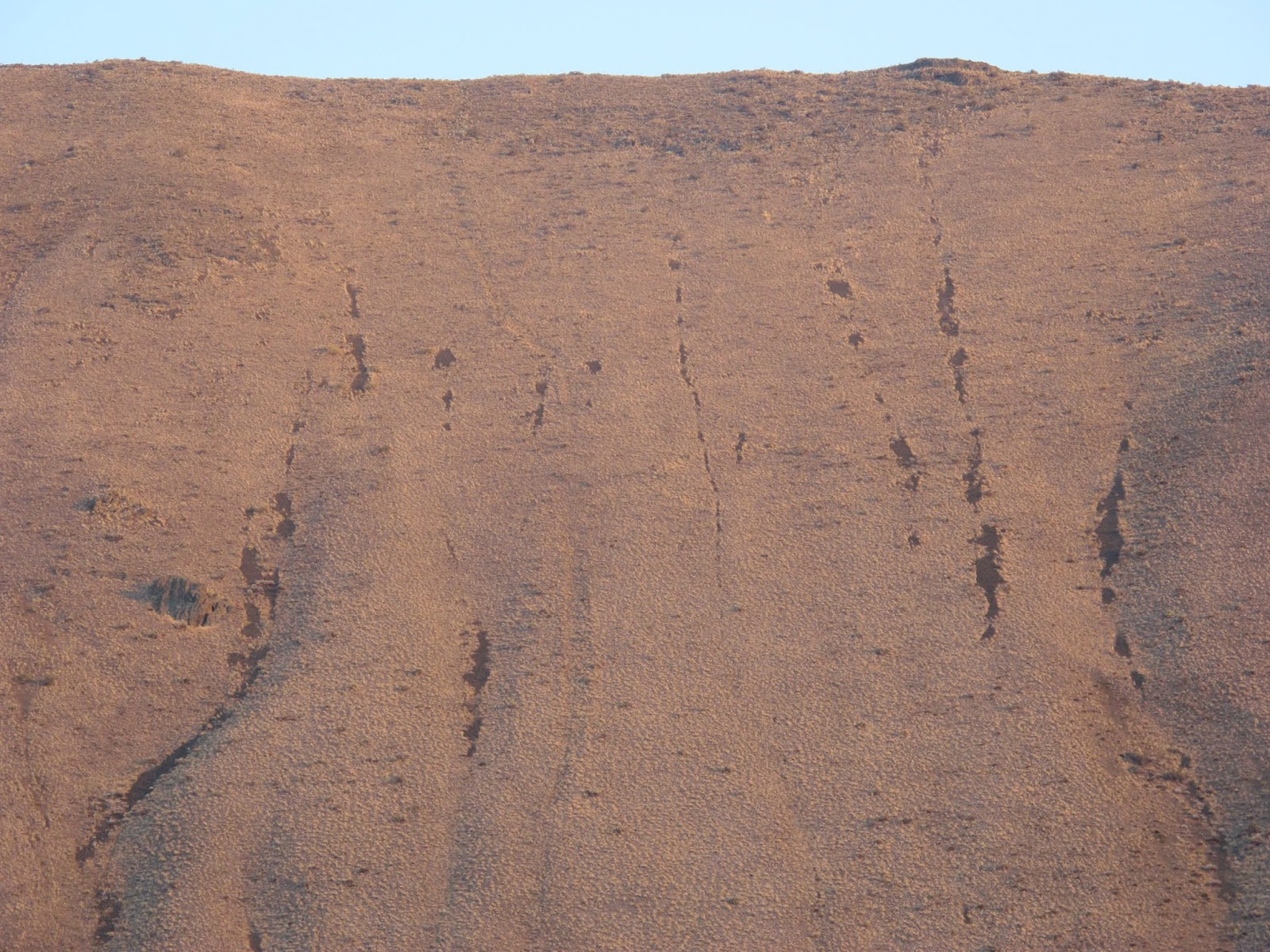