While many people know that a lot of cement was used in the construction of Grand Coulee Dam, what is not known is how it was handled. 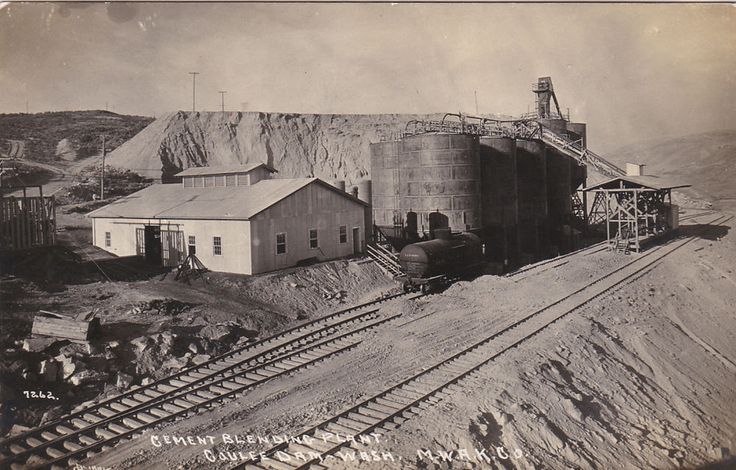 Unlike bulk loading today, which uses hopper-bottom vehicles to allow the cement to pour from the bottom, such technology was not common in the 1930s. Therefore, all of the cement was loaded into boxcars. Those boxcars had a solid flat floor, and the only way to load and unload was the door in the middle of each side of the car.

Fortunately, with a project the size of Grand Coulee Dam, a technology had already been perfected in unloading bulk cement from boxcars, and had been proven in use during construction of Hoover Dam: the Fuller-Kinyon screw pump. 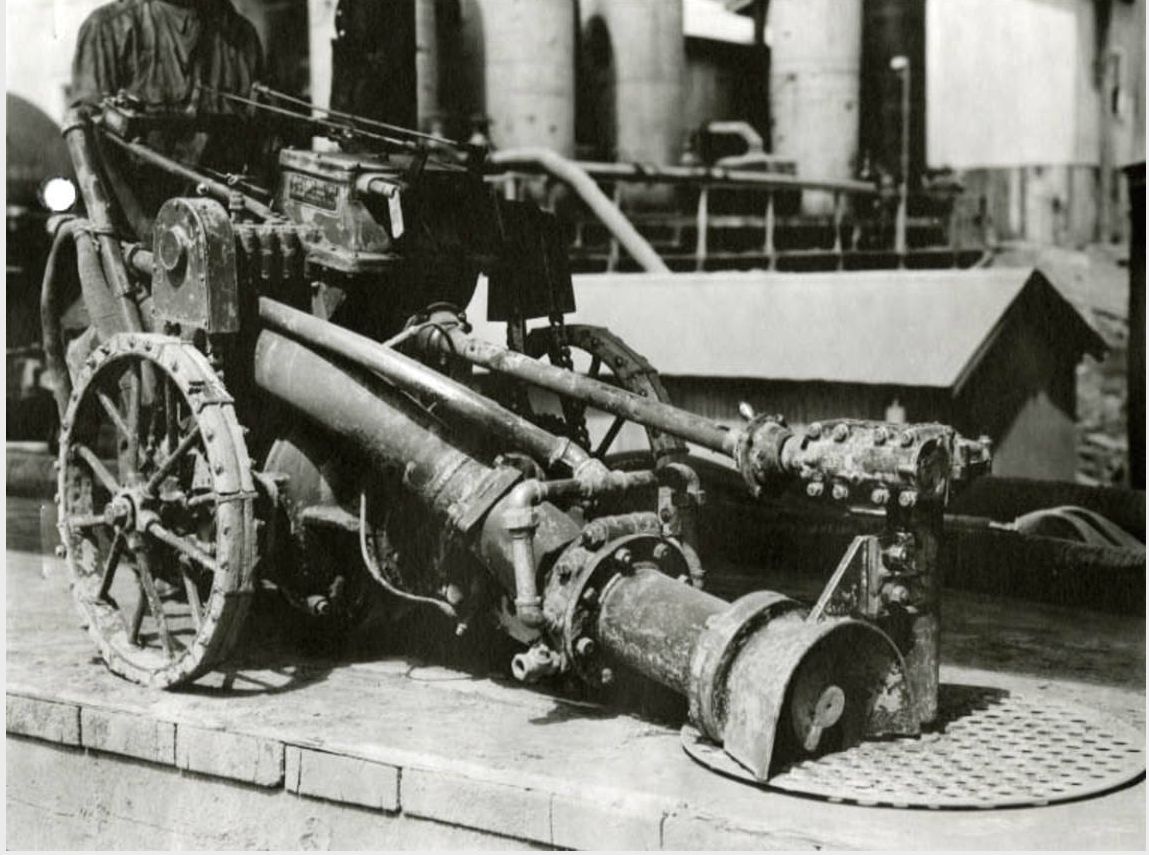 This screw pump was first envisioned by Alonzo Kinyon of the Fuller-Lehigh company and built in 1918 as a safe way to handle pulverized fuels. Kinyon discovered that dry pulverized materials assume a flowing, liquid-like consistency when properly mixed with air. In this fluidized condition, pulverized materials can move through a pipeline as a relatively dense column and at low velocity. He was looking for a better way to move pulverized coal, which was used as a fuel in boiler furnaces. Companies had used large fans to blow the dust through ducts, which created an explosion risk. Open conveyor belts were no better, since the dust they gave off could also spark an explosion. Area cement producers who were familiar with his product were quick to adopt his technology as a very practical means for easily moving the powdered cement. He was awarded a patent in 1925 for the pump. 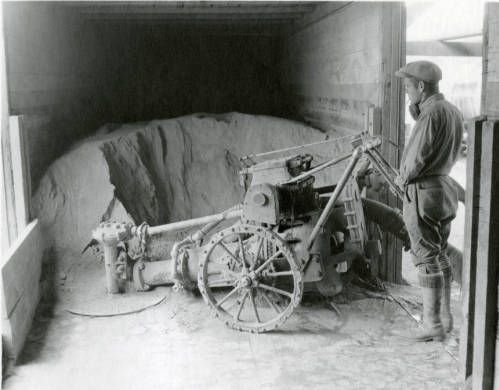 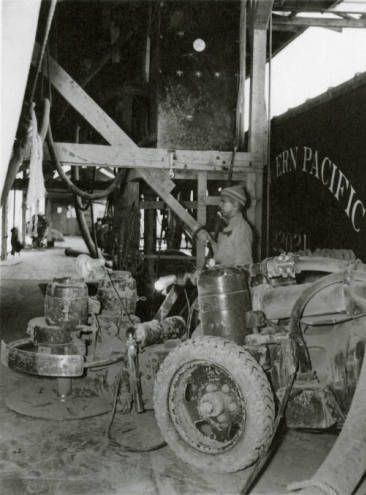 Cement for Grand Coulee Dam was obtained from five cement mills located within the State of Washington. It was transported in bulk via boxcars which held about 266 barrels of cement, with one barrel equaling 300 lbs of cement. Boxcars were pulled up an incline to the unloading area. Unloading from there was accomplished by four Fuller-Kinyon pumps, each of which resembled a large vacuum. A horizontal, rotating disk, running close to the floor of the car, caused the cement to flow into the open end of a small chamber containing a motor-driven screw, which forced the cement into a five-inch pipe. Near the junction of the screw casing and the delivery pipe, compressed air was admitted. The cement was then forced through hose and piping into the silos. While earlier pumps were controlled by levers, later pumps at the dam were operated by a wand with mercury-filled switches in it. The operator could control the operation of all five of the motors on the pump, moving it in any direction or changing the rate of feed by a mere tilt of the hand.

Two men were used to unload each car. One handled the controls of the pump and the other helped to clean up the car as the machine moved along.


Storage of the cement was in eight 5,000-barrel steel silos along the tracks, which equaled about 12 million pounds of cement. In addition to the silos were two 5,000-barrel silos for storing the blended product from the mills.


From the silos, screw conveyors brought the material into the two 5,000-barrel blending silos in the proper ratio. Underneath those silos were two compression chambers, each with a capacity of 50 barrels or 15,000 lbs of cement. Compressed air was used to blow the cement from the chambers via an 11-inch pipeline to the mixing plants. The pipe line running to the west side mixing plant was 2,000 feet in length, while the line to the east side was 6,000 feet long. There the cement was mixed into concrete and placed as needed throughout the dam site.


Movement of the empty boxcars was accomplished by gravity. The brakes were released and the empty cars were rolled down the inclined track, past an automatic track switch, and up to the end of a steep grade. From there, they again rolled back and onto the main track, where they were moved away by a locomotive, to be returned to the cement mills for refilling.
Posted by SDP45 at 7:00 AM