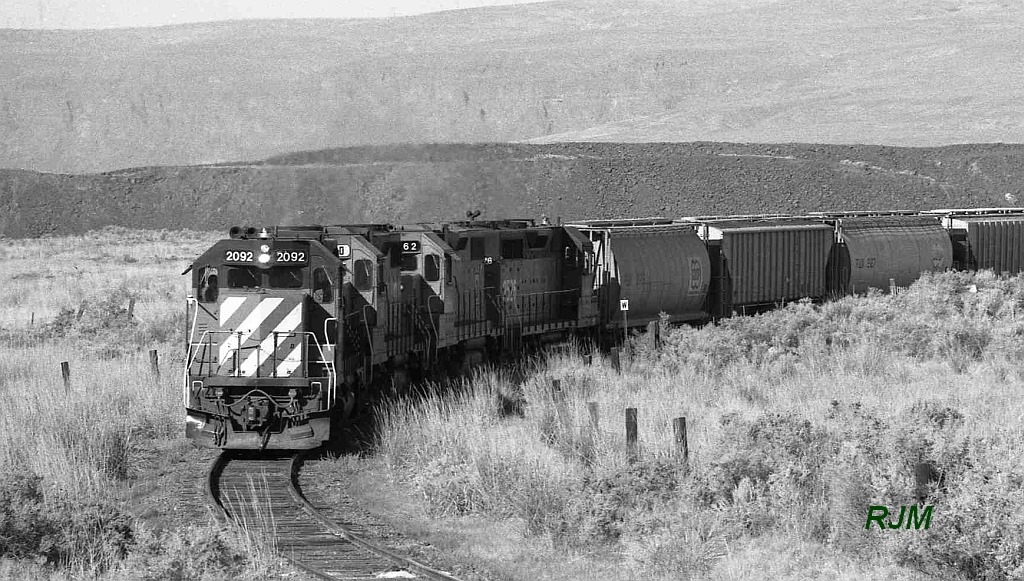 Four units pull grain loads out of Coulee City. They're working hard as they fight the grade out of town. 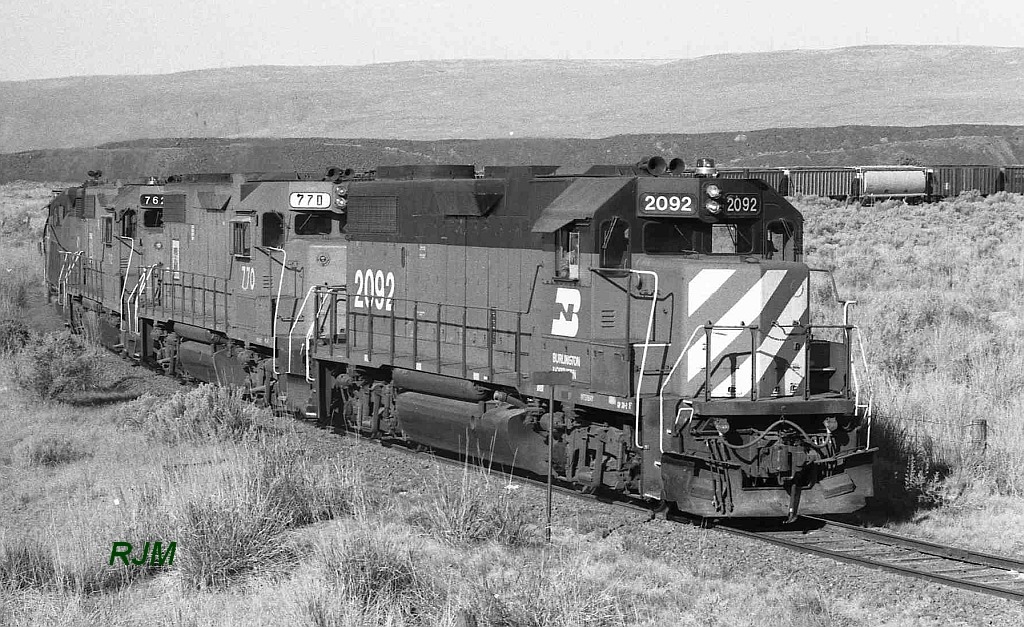 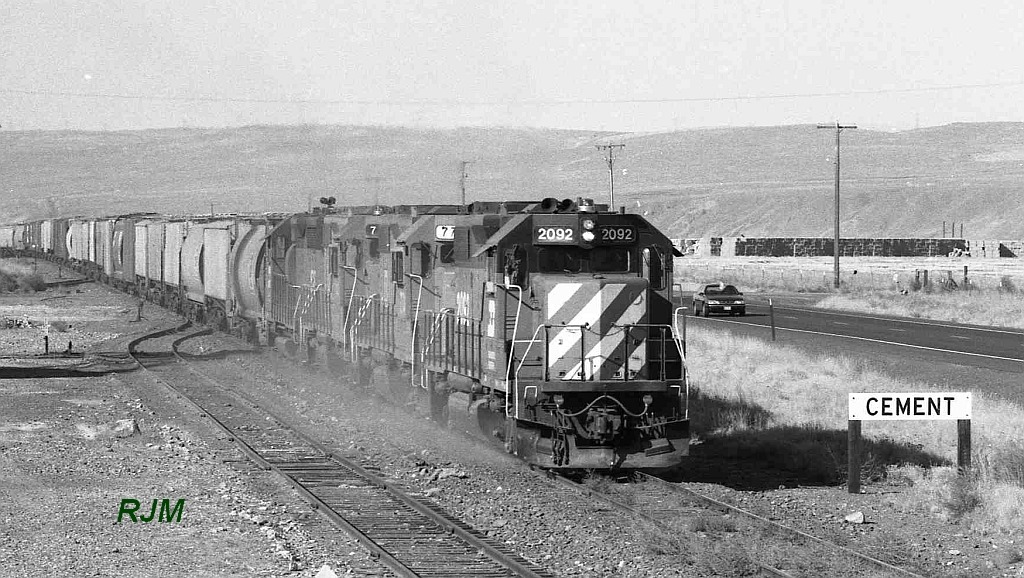 BN 2092 and its mates have climbed with their grain loads out of Coulee City and enter Cement, where they will join up with a GP35 before continuing east 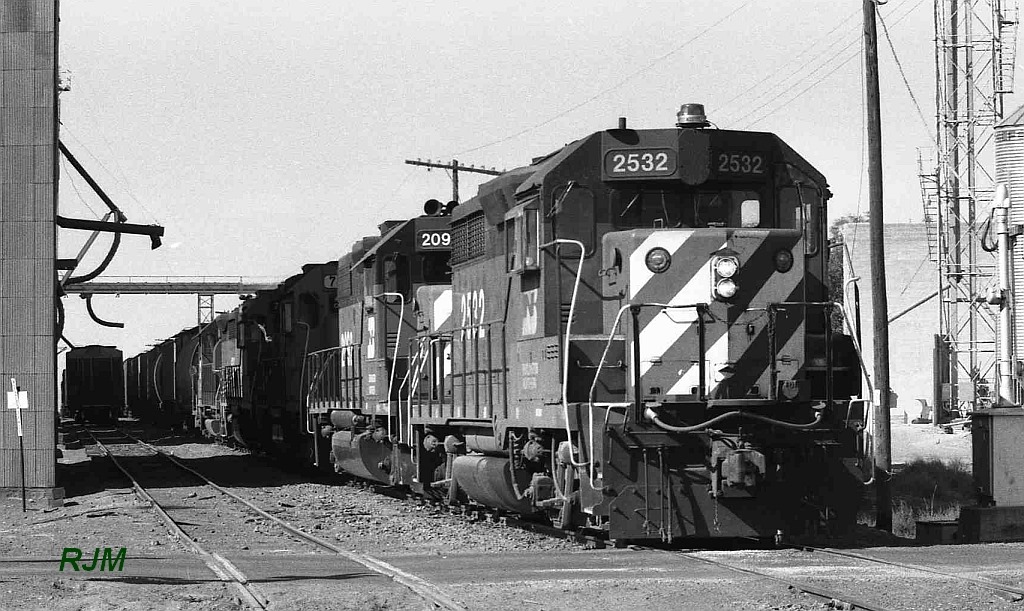 BN GP35 2532 had been working cars at Odair, a short spur just east of town, and was waiting at Cement for the train out of Coulee City. Having retrieved the stray unit, they head out in an easterly direction. (This picture is actually from down the line at Hartline.) 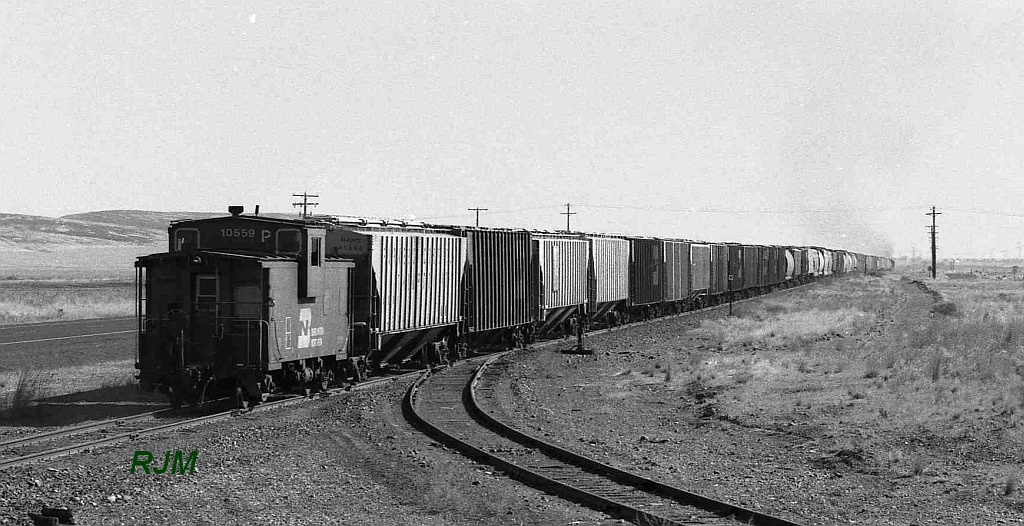 BN caboose 10559 brings up the markers as its train departs Cement for Cheney and Spokane. 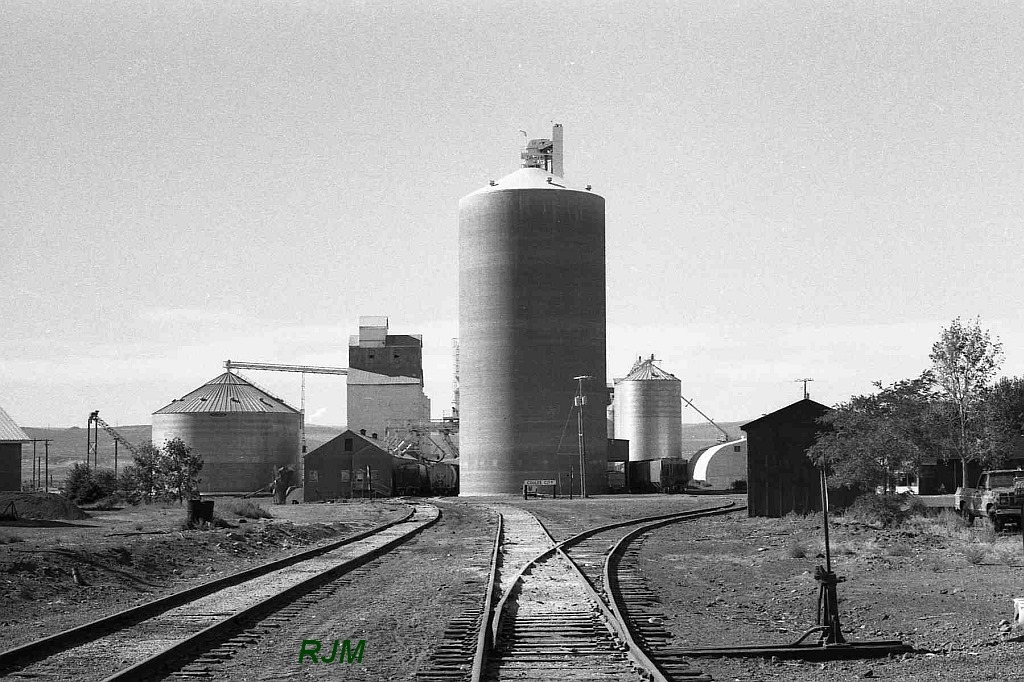 The train having departed east, quiet returns to the elevator complex at Coulee City.
Posted by SDP45 at 7:00 AM