Blue hour at Hanson, but a stub track of antiquated elevators in a non-existent community on the CW Sub, on a sunless overcasted January day, gaining elevation one crosstie at a time, though nothing like the tunneled Sierra grades, engineer Ted Curhpey with the usual file of laden CH’s in tow, spies his train in the mirror of former Cotton Belt to wheat belt tee-dash-two 8702 as her trident of ample candles electrifies the near parallel sticks like illuminated neon gas-filled glass tubes pointing the way. Combined exhaust and radiator heat deflection of the three-motor consist distorts the hibernal landscape so barren, yet so fertile rolling fields neath a cold cotton-white snow blanket in sharp contrast with the boiling wool-black exhaust plume. The momentary cacophony fades in a muffled doppler effect and the soundless vacuum is filled with emptiness, again. Every time I’m here I marvel at why the local farmer’s posted an unambiguous sign nearby. Says, “No Hunting, No Trespassing, No Excuses, Violators Will Be Prosecuted.” Seems no nefarious spirit would care to even kick a rock, out here. 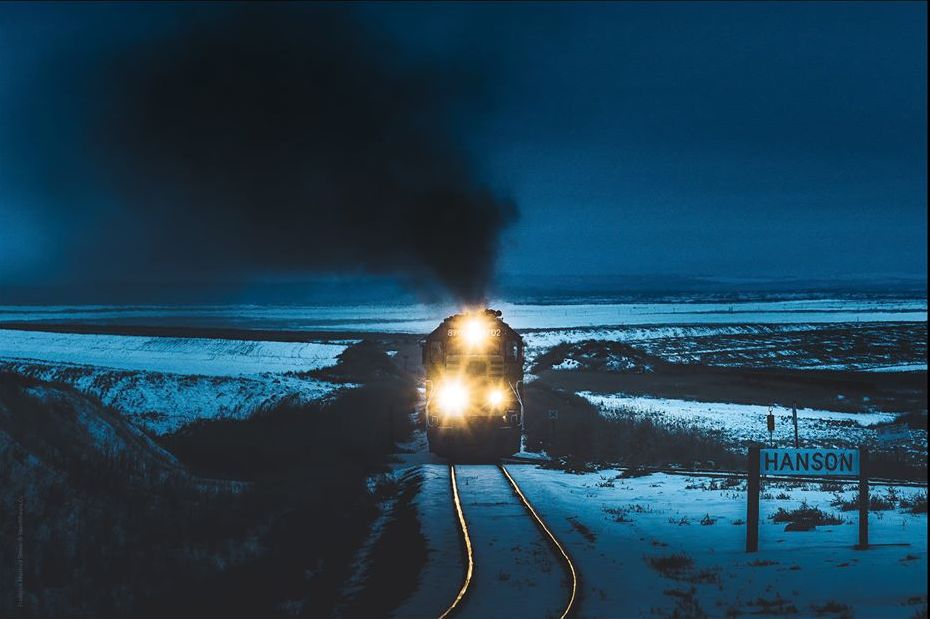