Mused Jimi Hendrix - an avid science fiction fan - whilst being interviewed: “You know the
song … It was about going through this land. This mythical [land] … because that’s what I like to do is write a lot of mythical scenes. You know, like the history of the wars on Neptune.” Well, I’m might be a bit of a mythologist myself, though I’m no meteorologist, near as I can tell the gaseous, Jovian-like, vapor is “scud clouds” boiling overhead refracting and commingling into a mythical, Neptunesque purple haze the myriad lights from near-by Spokane International Airport and the Highline Grain facility where antecedent, former Union Pacific Dash-8 9129, meets its descendent, BNSF Dash-9 1023. Now NIWX owned 9129 and her sisters from another mother, an SD40T-2 and SD45, have brought in from CW Sub points west some 60 EWG “Scoot Train” loads of Eastern Washington wheat to be posited into Highline’s mega silos where it will be, graded, State-inspected, classified, mixed, and loaded for export into this BNSF unit grain train of which 1023 brings up the rear as its DPU on this brisk penultimate January evening of 2018. 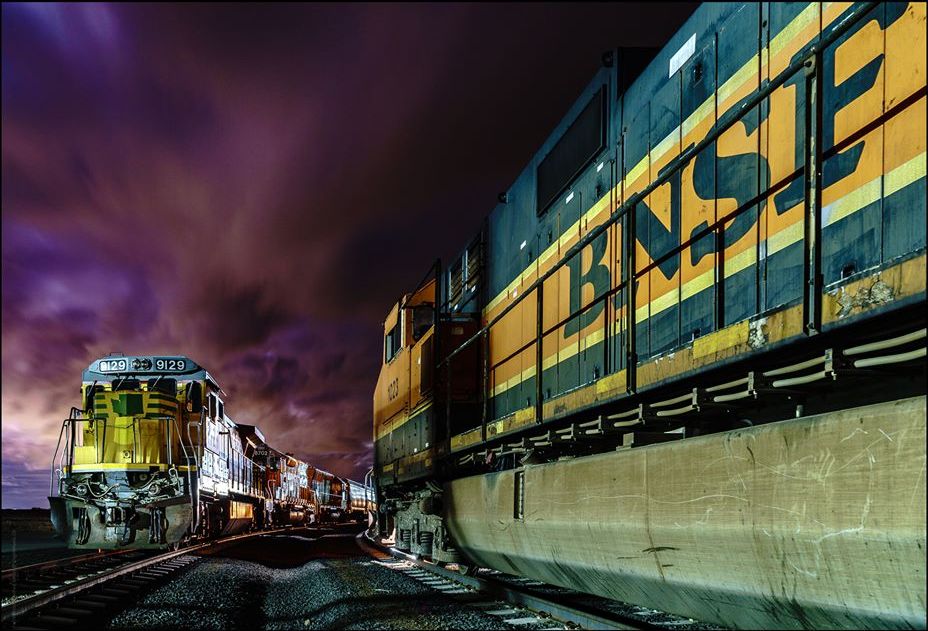