My youngest son Andrew walks by while I’m post-processing this image and says, “Looks like the Iron Giant,” me, “Perfect, that’s the title!” The unwitting, innocently ironic observation is spot on. A reference to the cult classic, cold war-themed animation about a boy - Hogarth Hughes - and a giant indestructible, self-repairing, alien robot whom he befriends and adores. A timeless story Andrew, his Irish twin brother Alexander, and I watched many times over when they were toddlers. And, yes. In some respects, former Santa Fe GP30r 2722, does look like a menacing Iron Giant. The irony doesn’t end there. This La Grange Iron Giant was born in 1962 during the onset of the Cold War and the end of nuclear test detonations in the Nevada desert. 56 years forward on the day after Christmas, now Washington Eastern 2422, it might seem this EMD giant is truly indestructible, and while it isn’t self-repairing, it certainly has been rebuilt from the ground up at least once by craftsmen at the Cleburne Shops in Texas in 1983, and, albeit figuratively, still eating up the track just as the cinematic Iron Giant had, whose voice is none other than Vin Diesel’s - pun intended. And still, there are more parallels with the story of the metal alien in that like Hogarth, who sheepishly exclaims, “My very own giant robot - I’m the luckiest kid in America!” I too feel that boyish exuberance of “having” my very own giant robot each time I’ve been at 2422’s, or any locomotive’s throttle just as it was this snowing, as if, though thankfully not, nuclear winter night near MP83 on the CW Sub. However, eventually, everything comes to an end. Someday, in the not to distant future, 2422 will, as in the movie, encounter destruction. And the boy says to the Iron Giant: “You go, I stay. No following!” 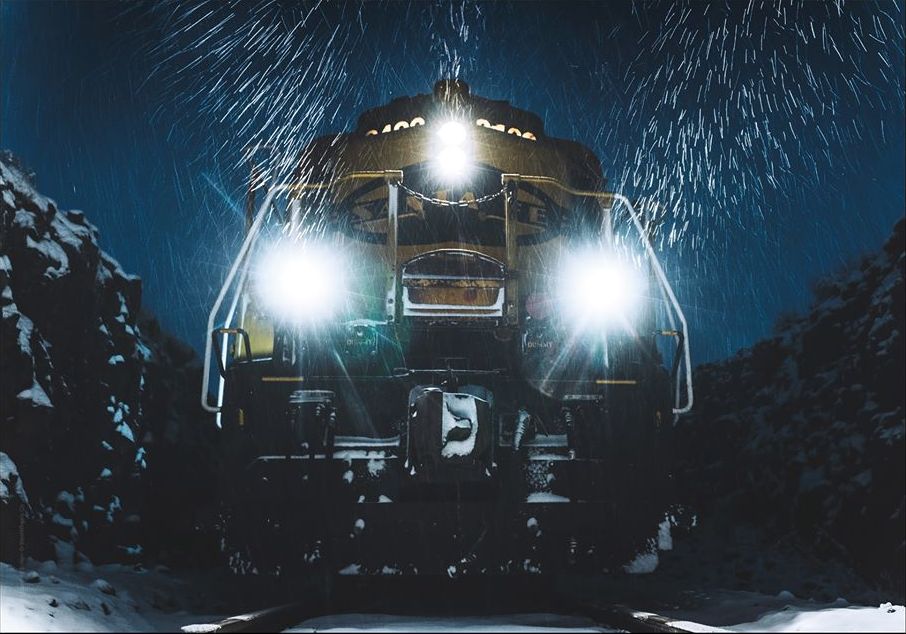