The definite location of the railroad yards for the US Construction railway from Odair to Coulee Dam was announced on August 31, 1934.
The yards were to be located about one-half mile southwest of the Grand Coulee town site. Previous information had stated that the yards would be situated near the junction of the Almira-Coulee City highways.
Dan Lael, a pioneer settler, had sold a right of way, 22 acres in all, to the Columbia Basin Commission, for use as a railroad terminal. Continental Land Company had also sold about 26 acres of land to the Commission, the property lying adjacent to what Lael had sold.
The contour of the land was such that it required little leveling and excavating to put it in shape for the railroad track.
The yards would become dotted with big storage warehouses, loading and unloading facilities and buildings of various types. One company at the yard would roll steel plates brought into the yard from the outside rail network into 18 foot diameter penstock pieces.
Also located there were the usual facilities to support steam locomotives, such as a roundhouse and water tank.
The site was completely cleaned up and removed before the building of the North Dam and the filling of Banks Lake. 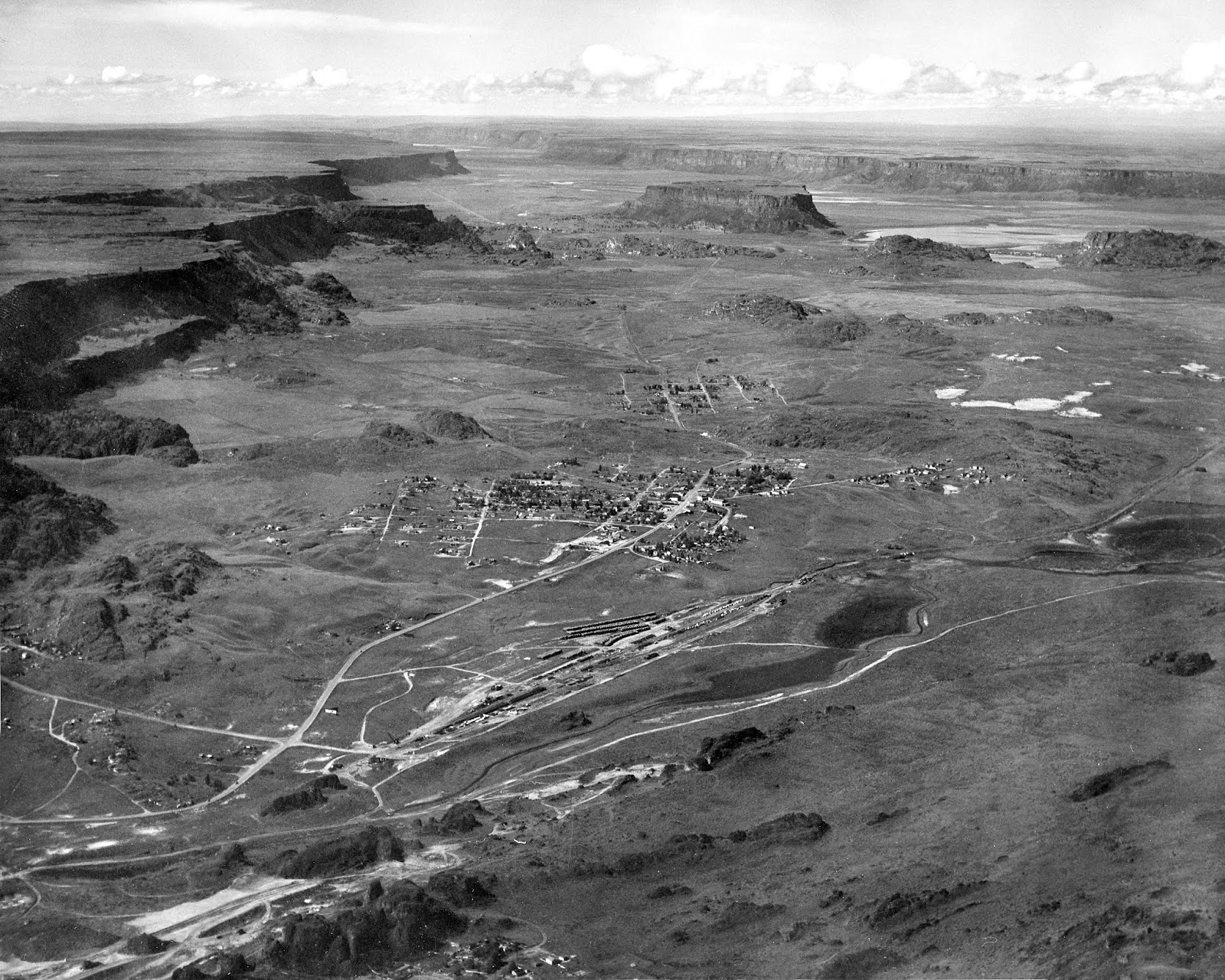 Mid 1940s view of the greater Electric City area showing the extend of the railroad yard. Steamboat Rock can be seen in the distance.  Courtesy of the Dennis King collection. 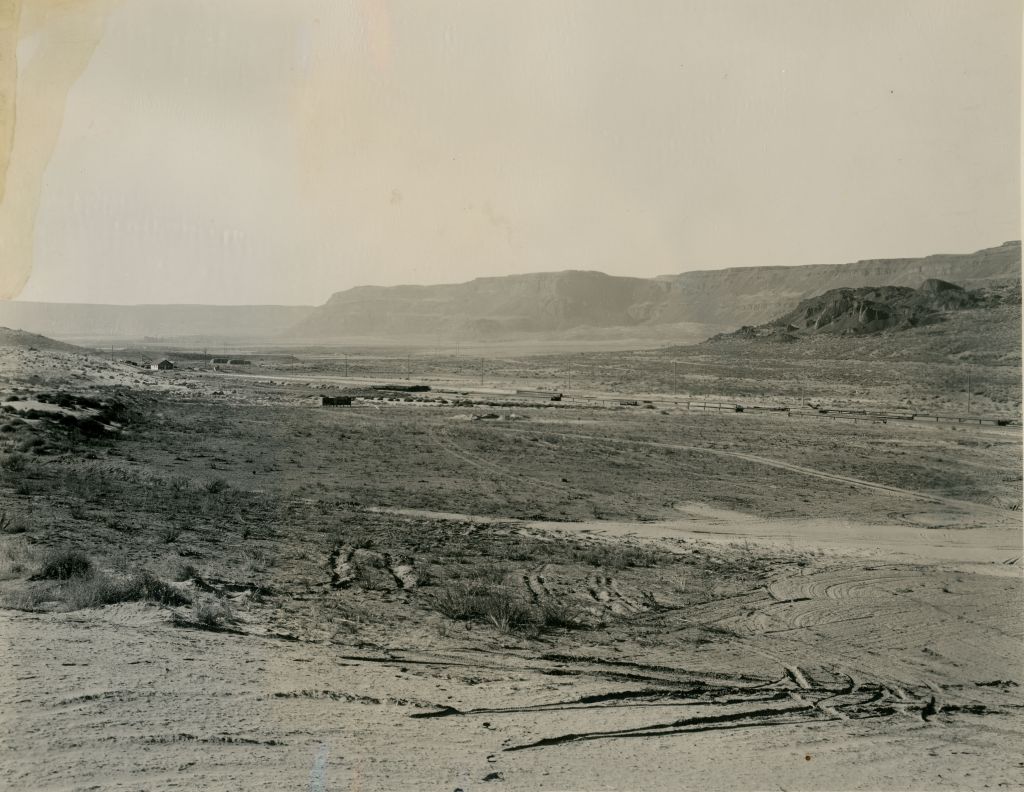 1948 view of the extreme north end of the yard area, generally looking towards Foster Coulee. Courtesy of the Coulee Pioneer Museum. 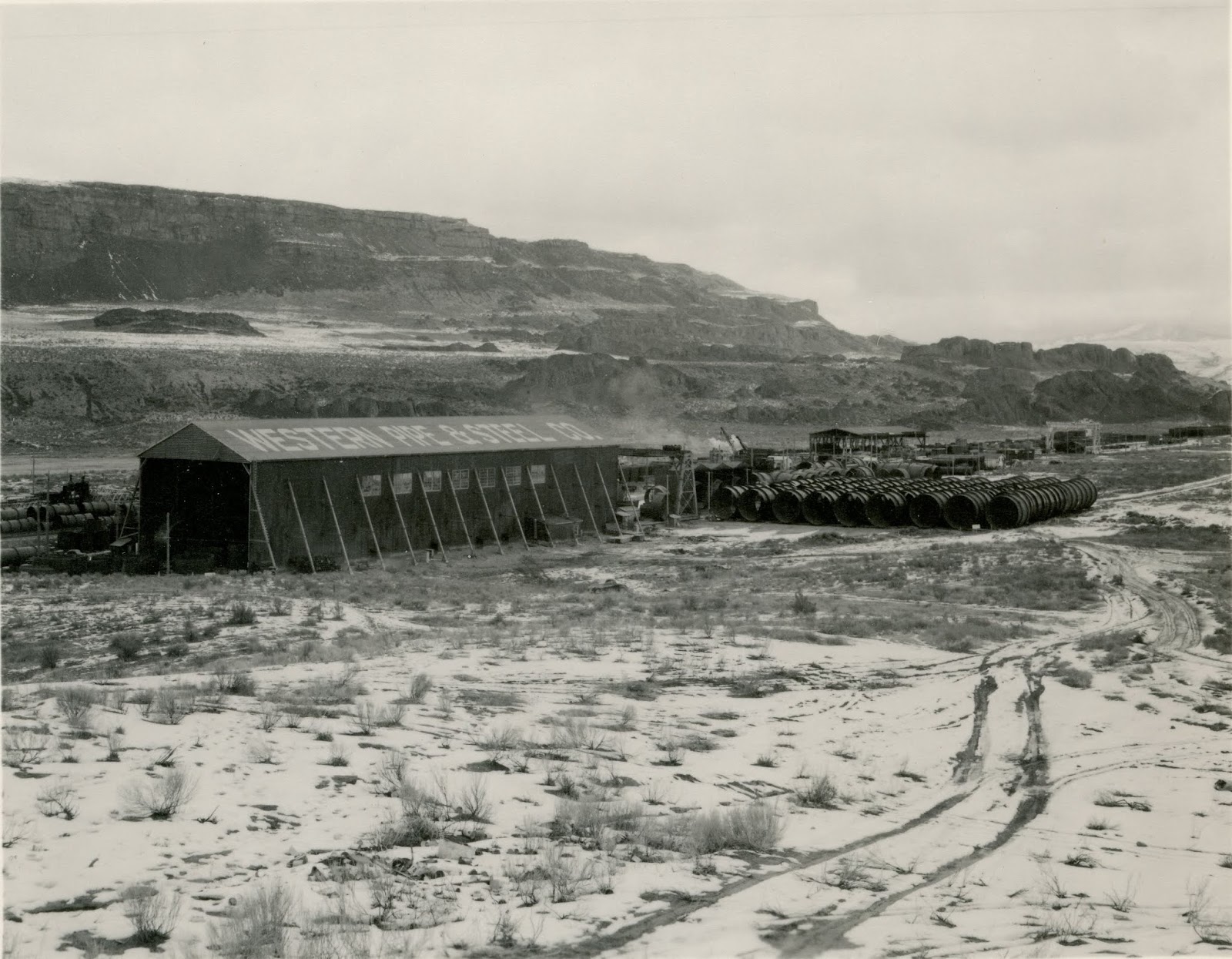 March 9, 1939 view of Western Pipe & Steel Company’s fabrication plant next to the yard. Completed penstock sections have been rolled out into the storage yard. Courtesy of the Dennis King collection. 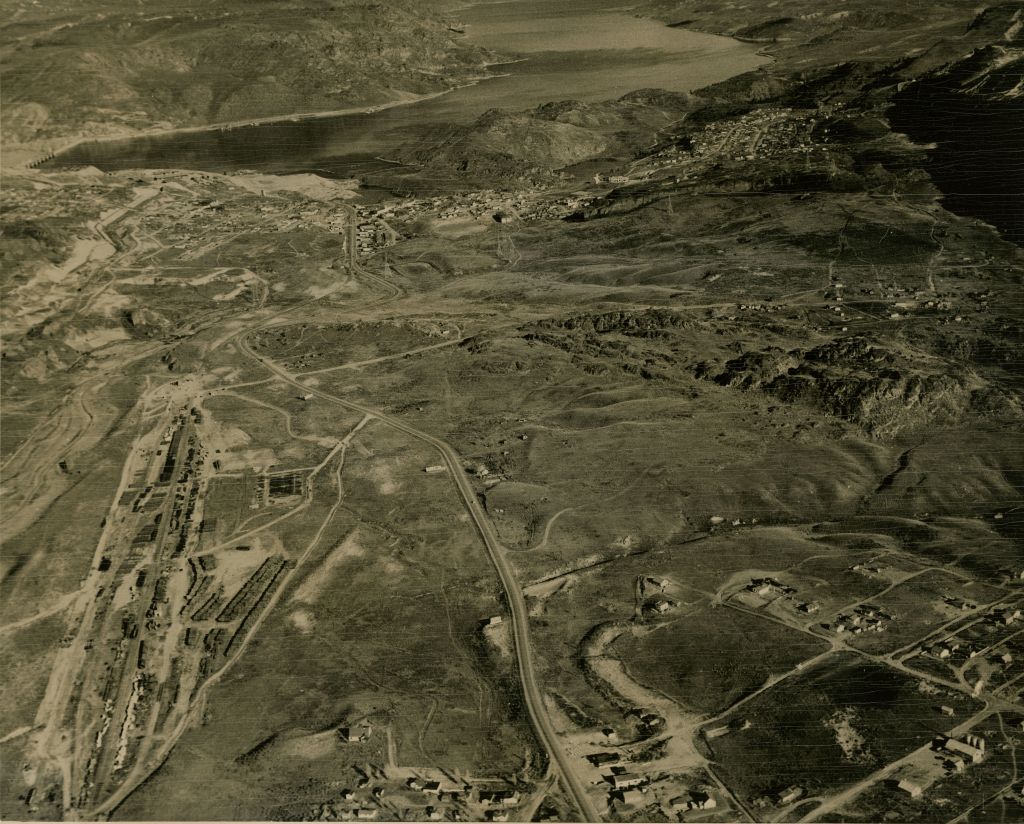 View taken on March 4, 1948, looking towards the reservoir behind the dam showing the railroad yard. The town of Electric City is on the bottom right of the photo.  Courtesy of the Coulee Pioneer Museum. 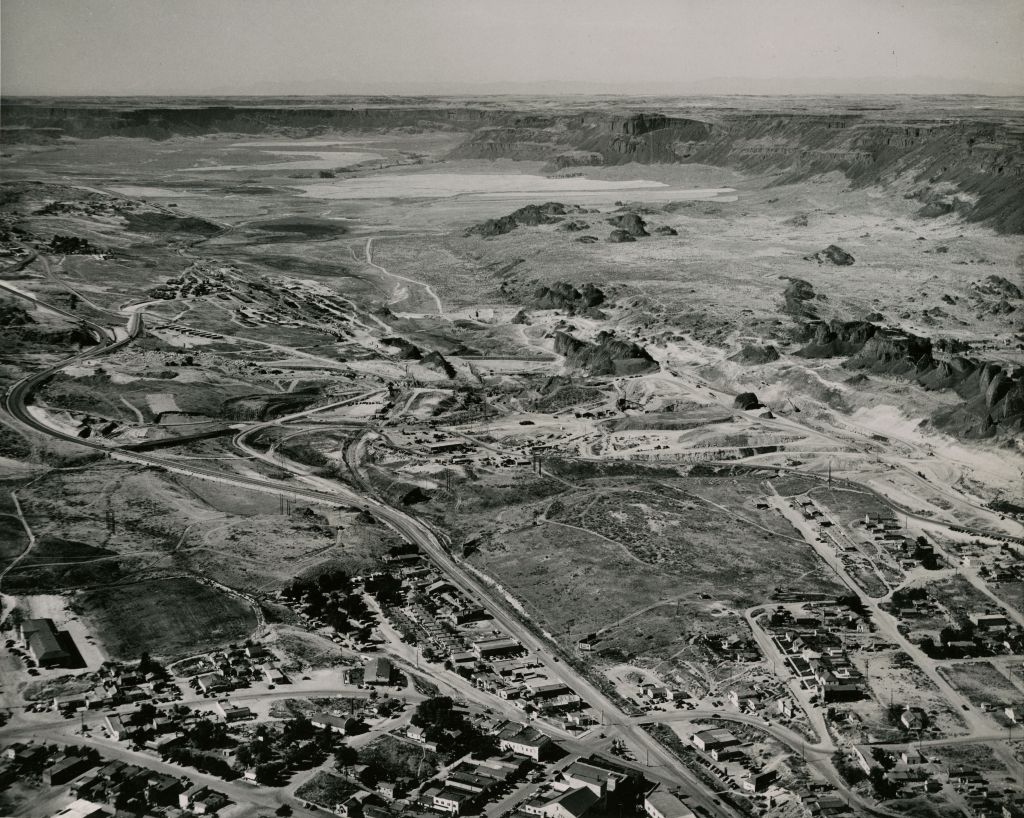 View taken on September 21, 1949, looking west of the area in which the North Dam and Feeder Canal are being constructed. At the left center of the photo can be seen a portion of the relocated state highway and the construction railroad. In the lower left is a portion of the town of Grand Coulee, and in the lower right corner a part of the “B” Street area of town. Courtesy of the Coulee Pioneer Museum.
Posted by SDP45 at 7:00 AM