"Partial BC Railway purchase x-EL Alco Century 425 #2455, 2456+2 sit at the BN x-GN engine area located Wenatchee WA awaiting a soon to be hapless train crew 4-5-76. Intended to be used by BN as onhand freight power west this Alco C425 quartet didn't quite  make it to Skykomish WA on own power as units one by one quit while in operation climbing Stevens Pass. 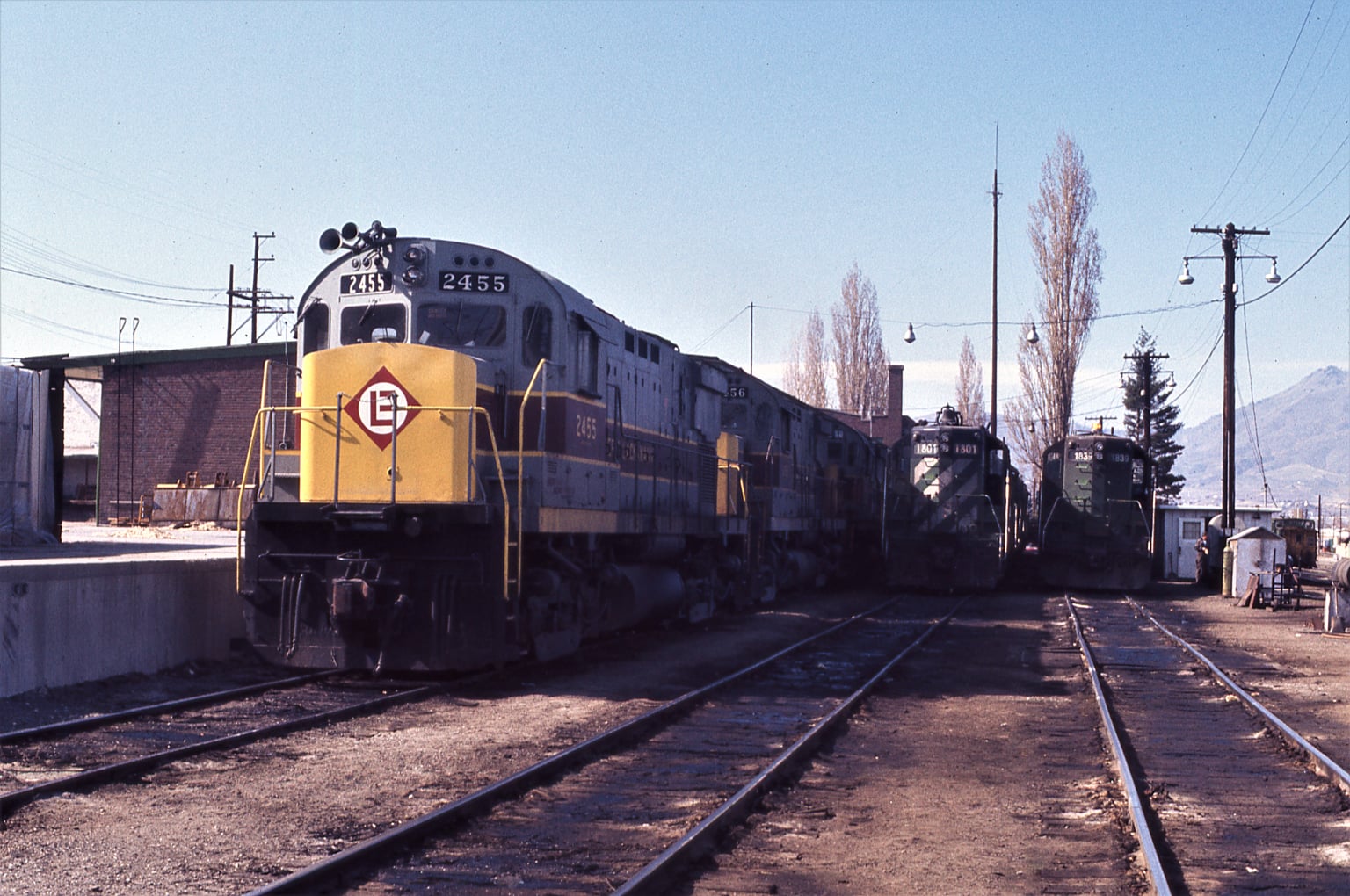