These cabeese, purchased by Monte Holm for his railroad, the Mon-Road Railroad, were the next to last major items left of his collection at the site of his old museum, next to Moses Lake Iron & Metal. Their new owner, in Oregon, hired the crew to pick these up and ship them the 9 hour drive.

Prior to the crew arriving, someone had allowed the cabeese to move from their home on a long time spur, behind a locked gate, out onto what is the old Milwaukee Road Moses Lake branch, most recently served by the Columbia Basin Railway, but the line is out of service at this point. The folks didn't attend to a derail, which knocked a set of wheels off the track of the leading caboose. The crew spent the most of the first day rerailing it the hard way (by hand and a truck), before getting to the point of being able to prep the cabeese for the move the next day. 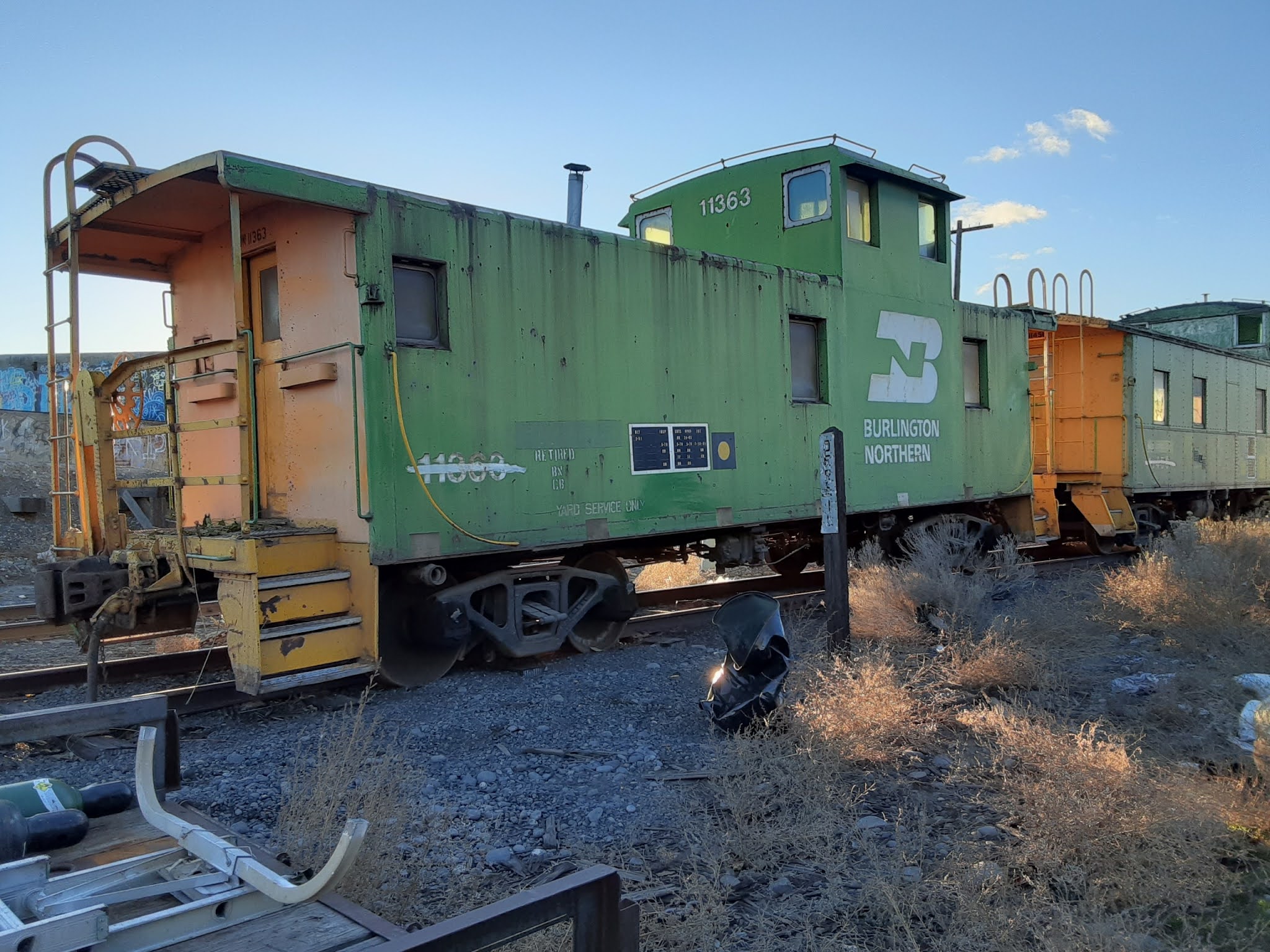 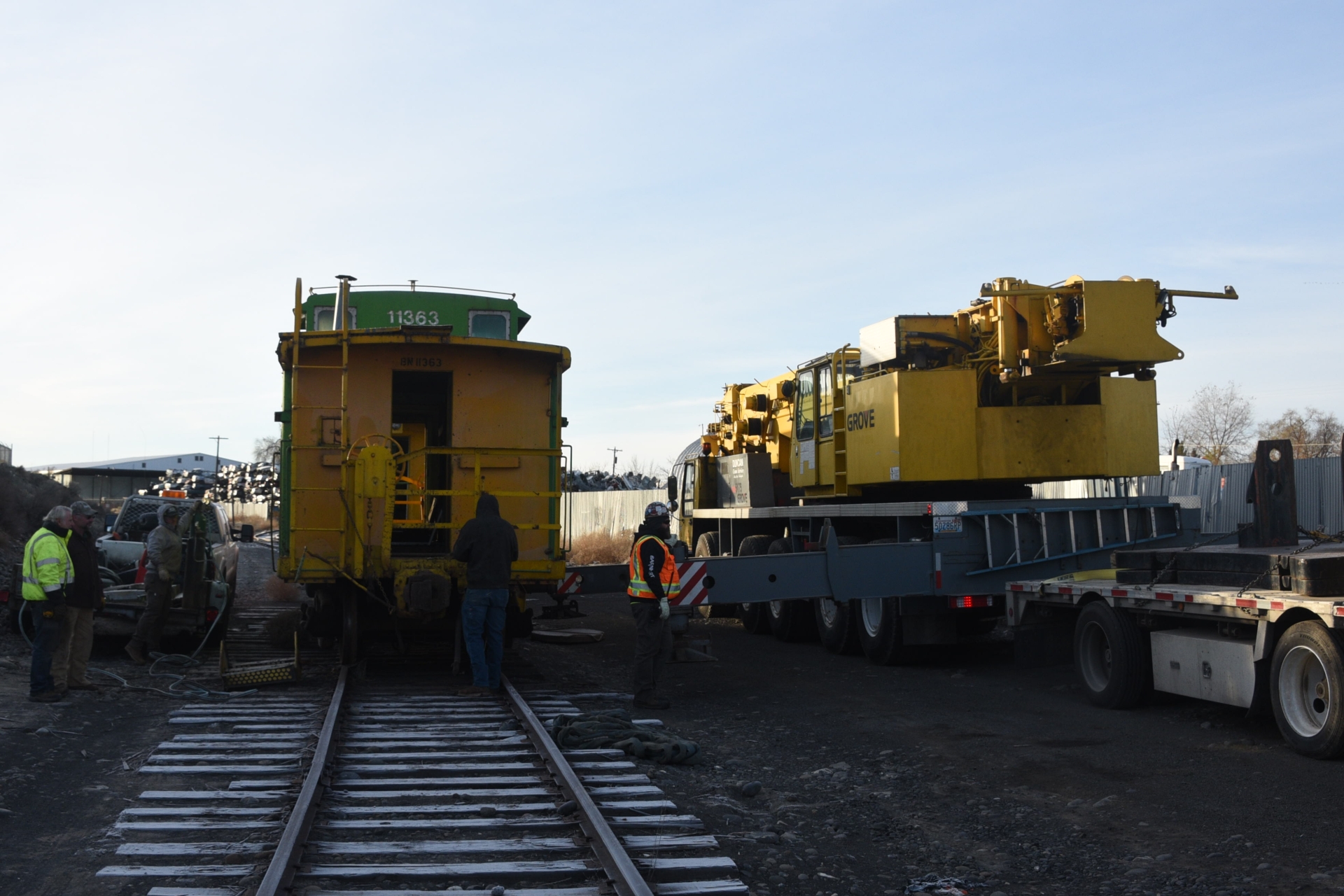 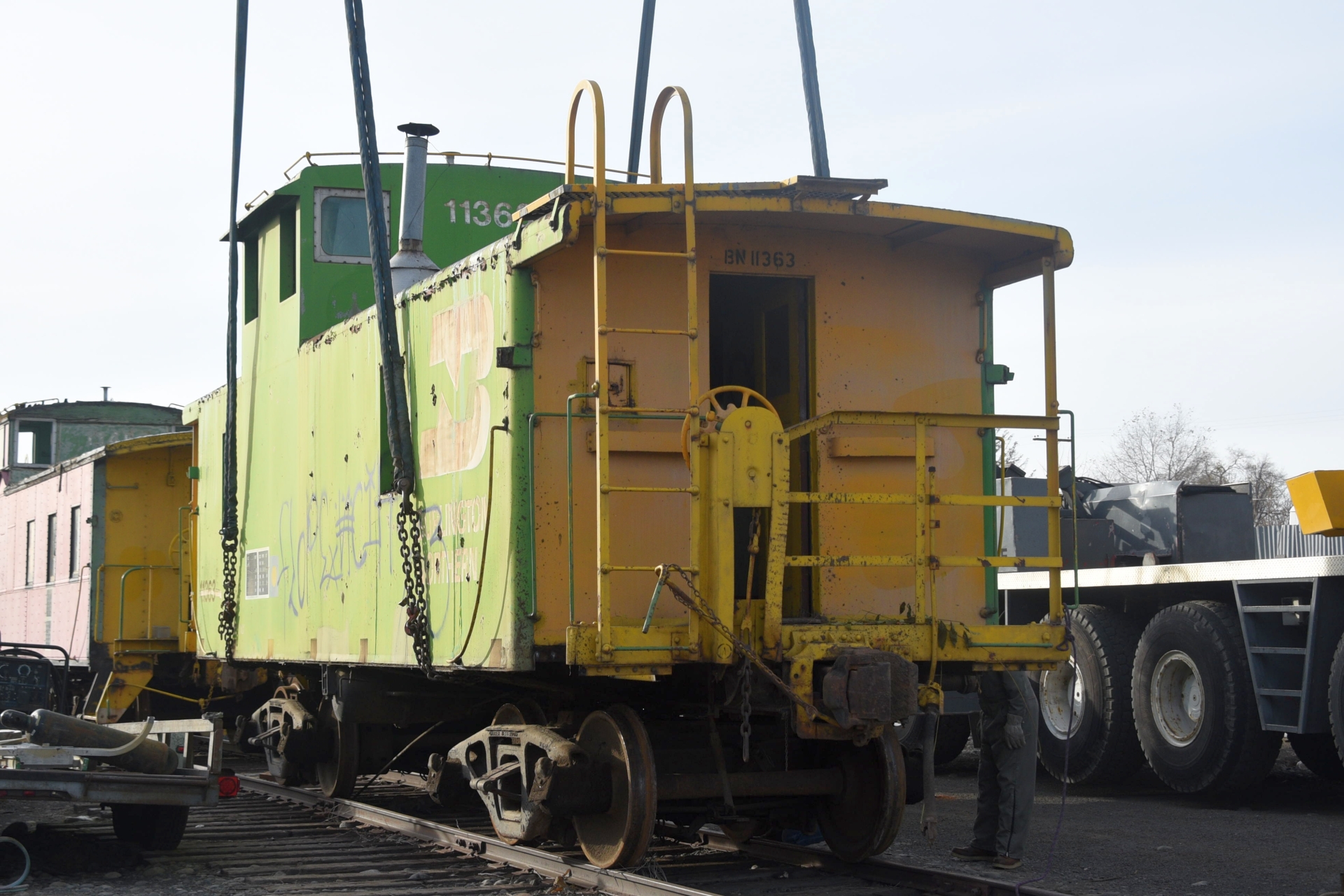 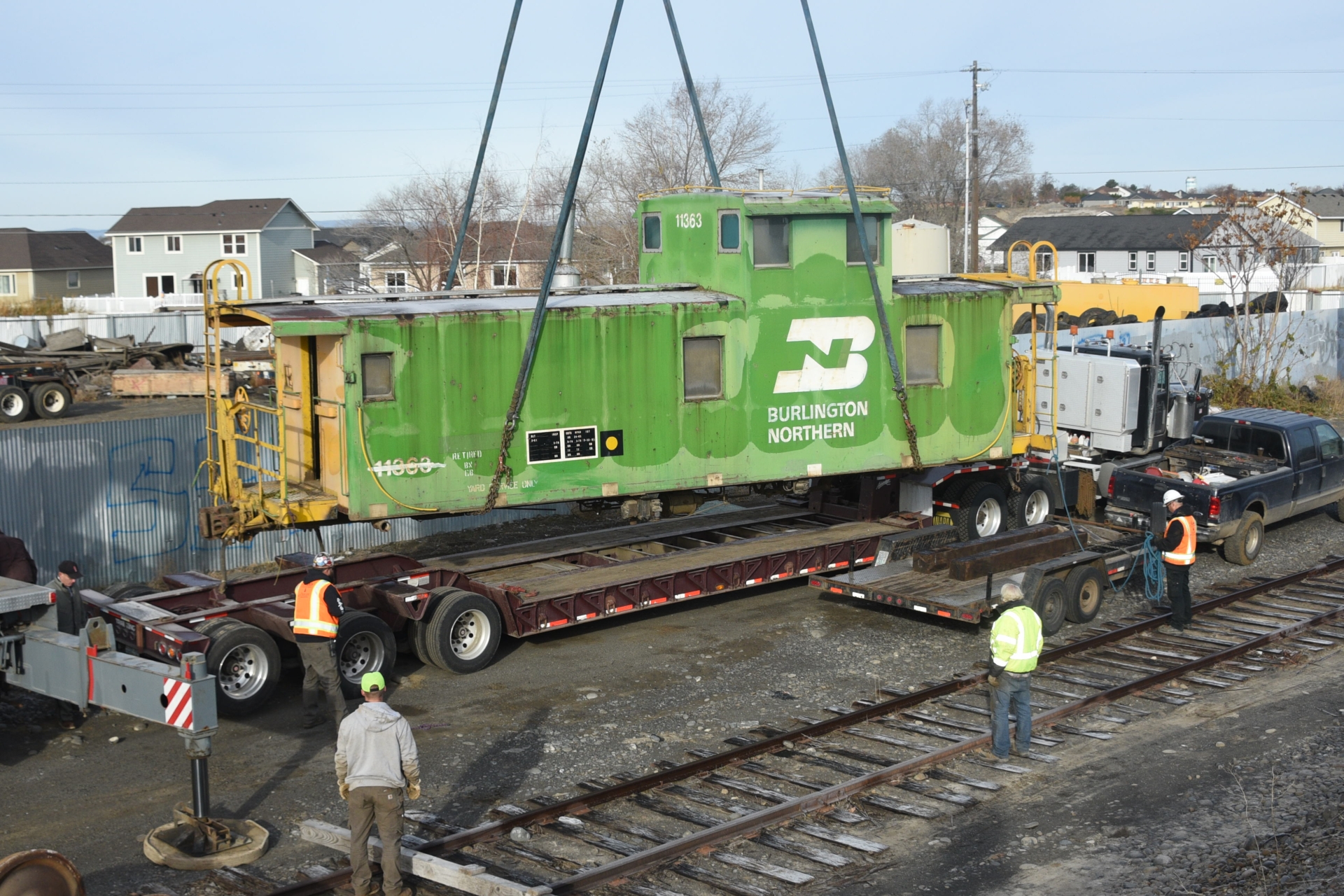 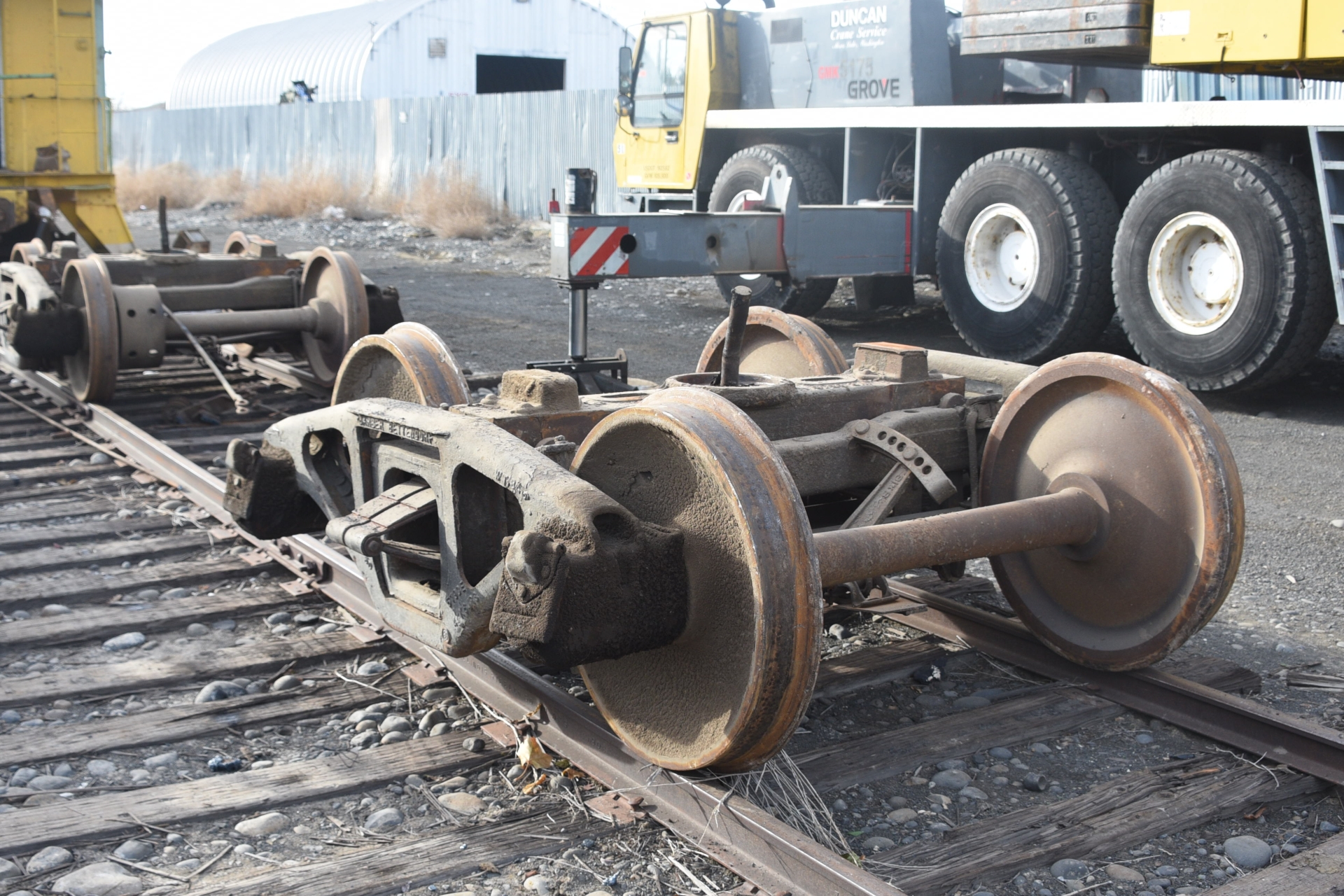 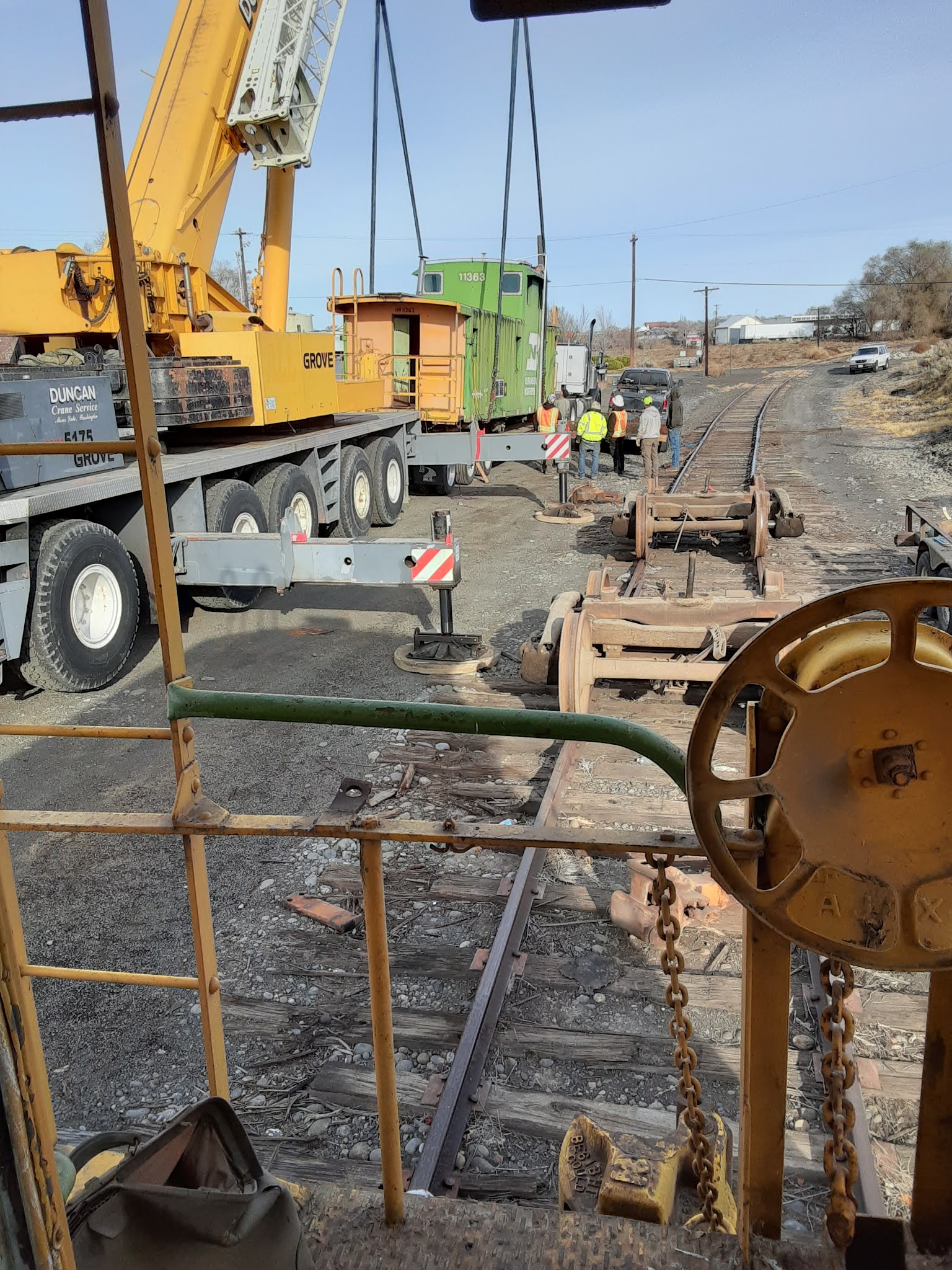 A nice surprise found in one caboose. 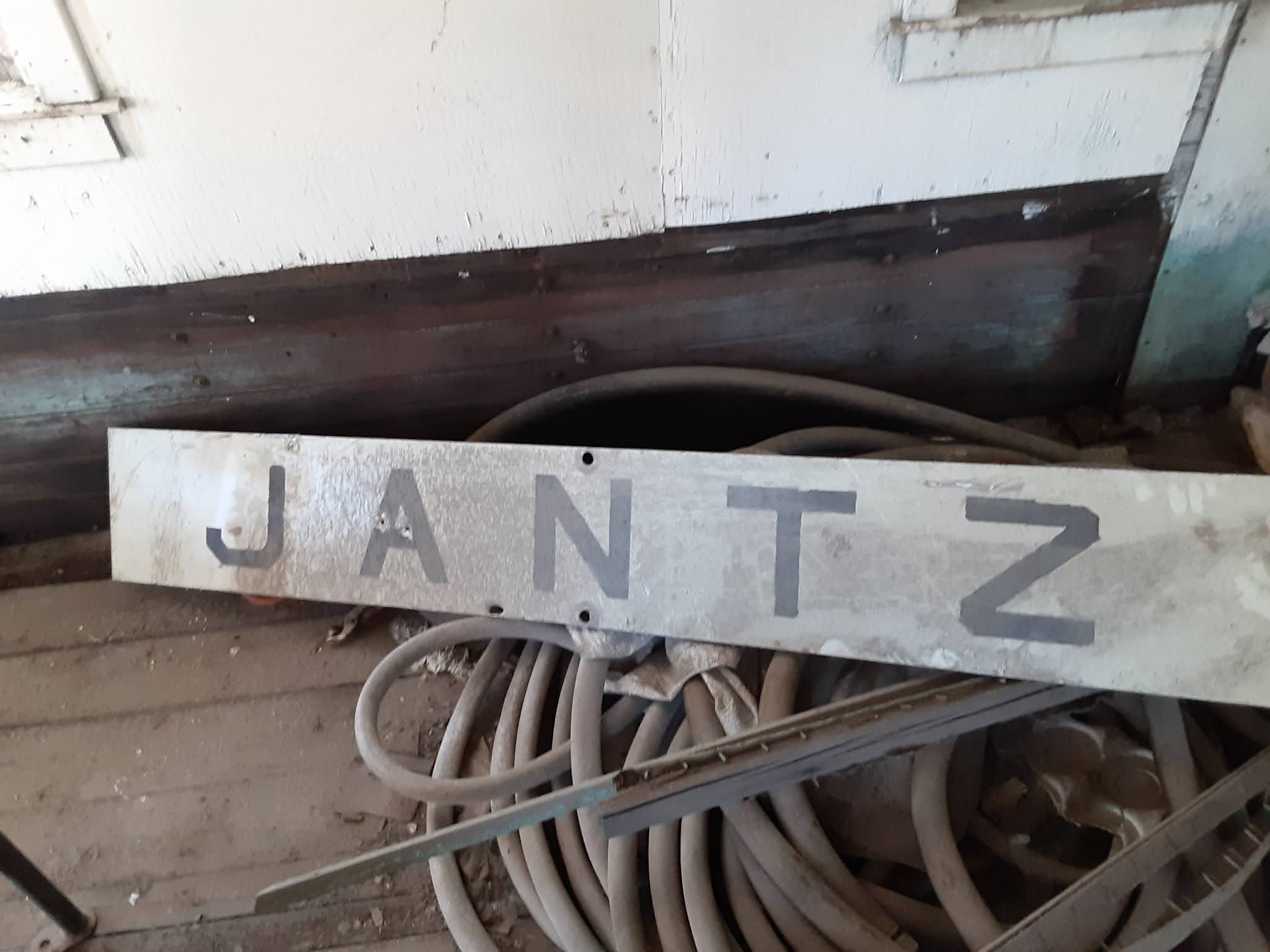 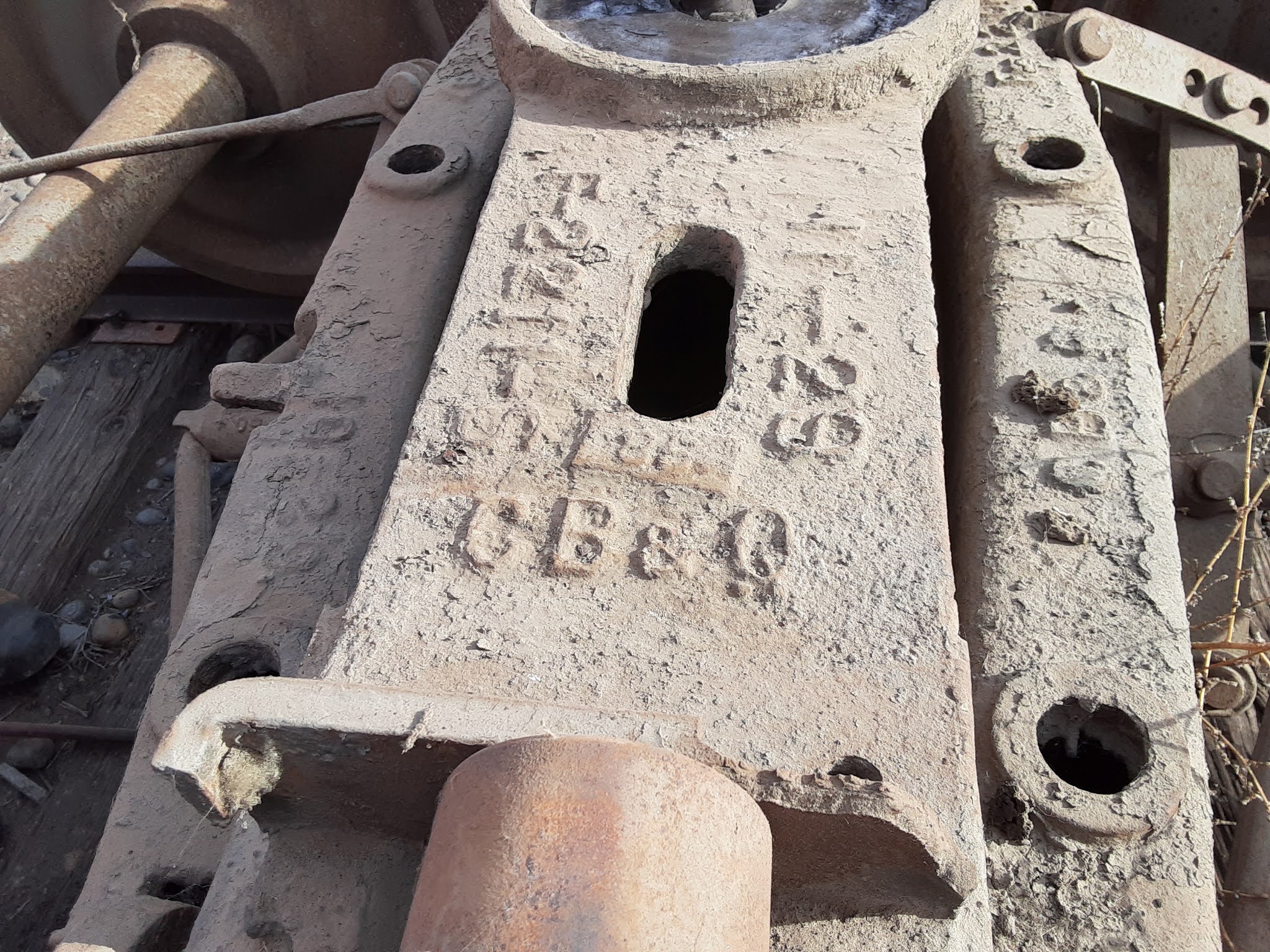 Nice try, boys. But that one truck was in the derailment, and now the bearings are out of place and a stronger power will be needed to move the wheels. 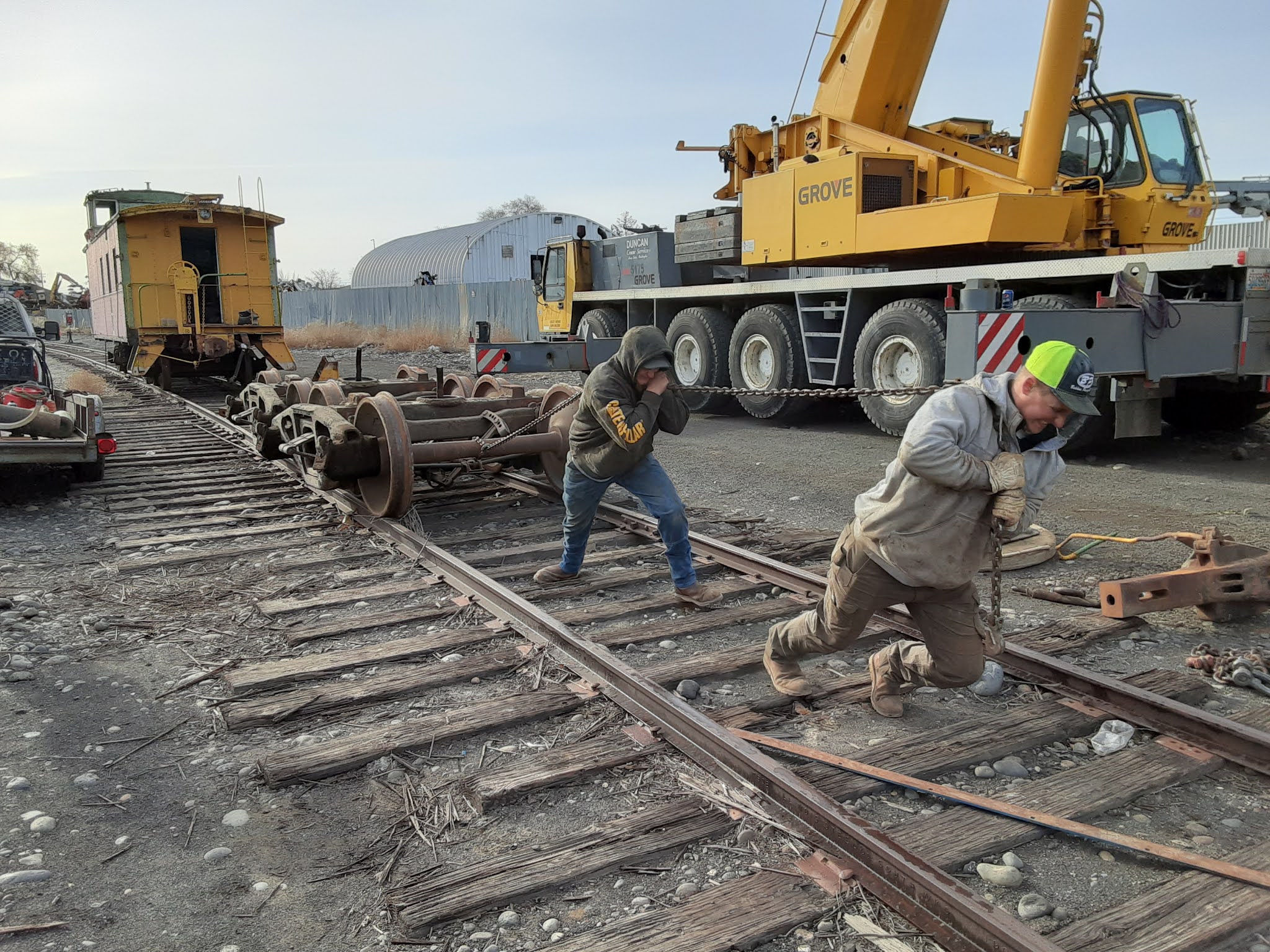 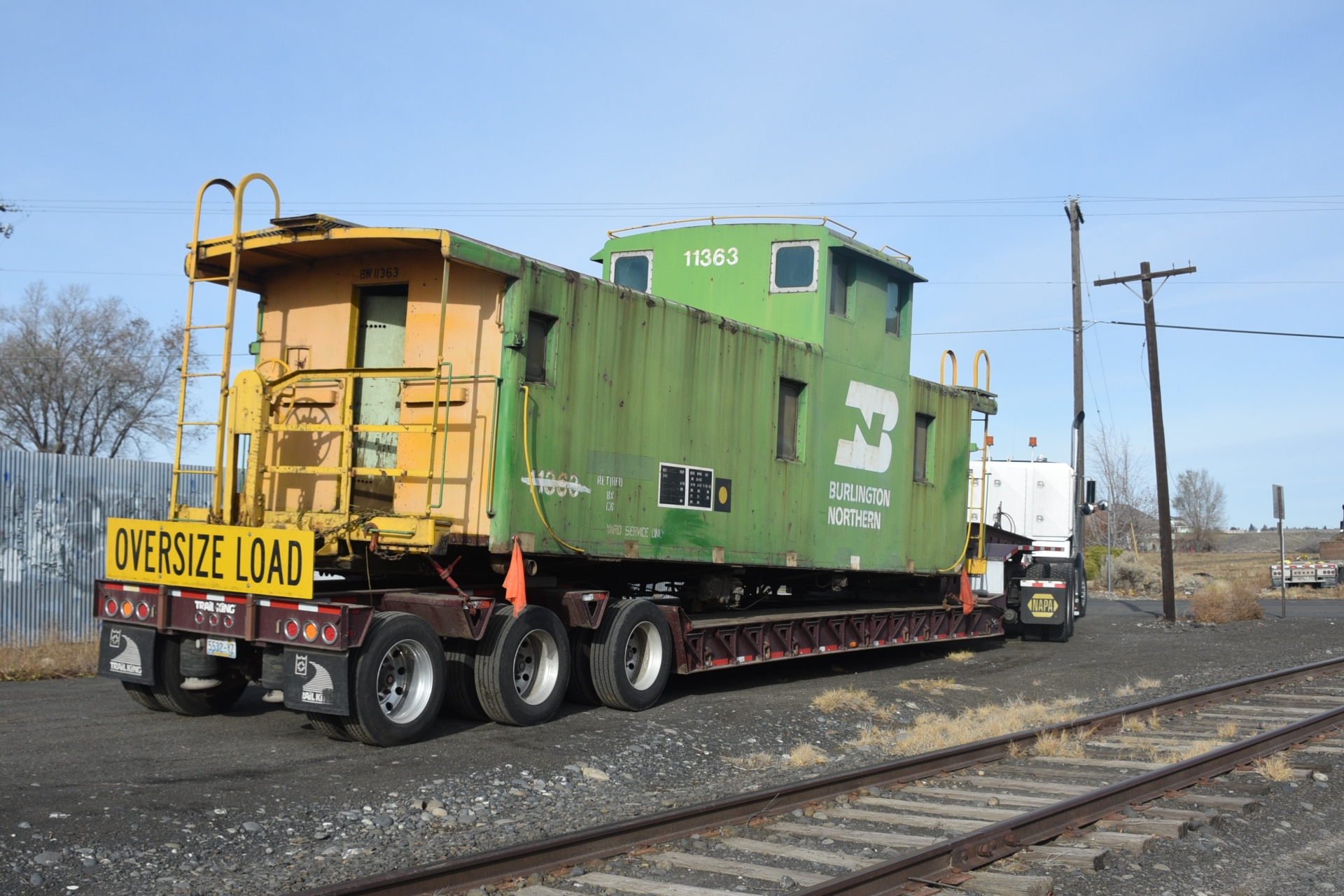 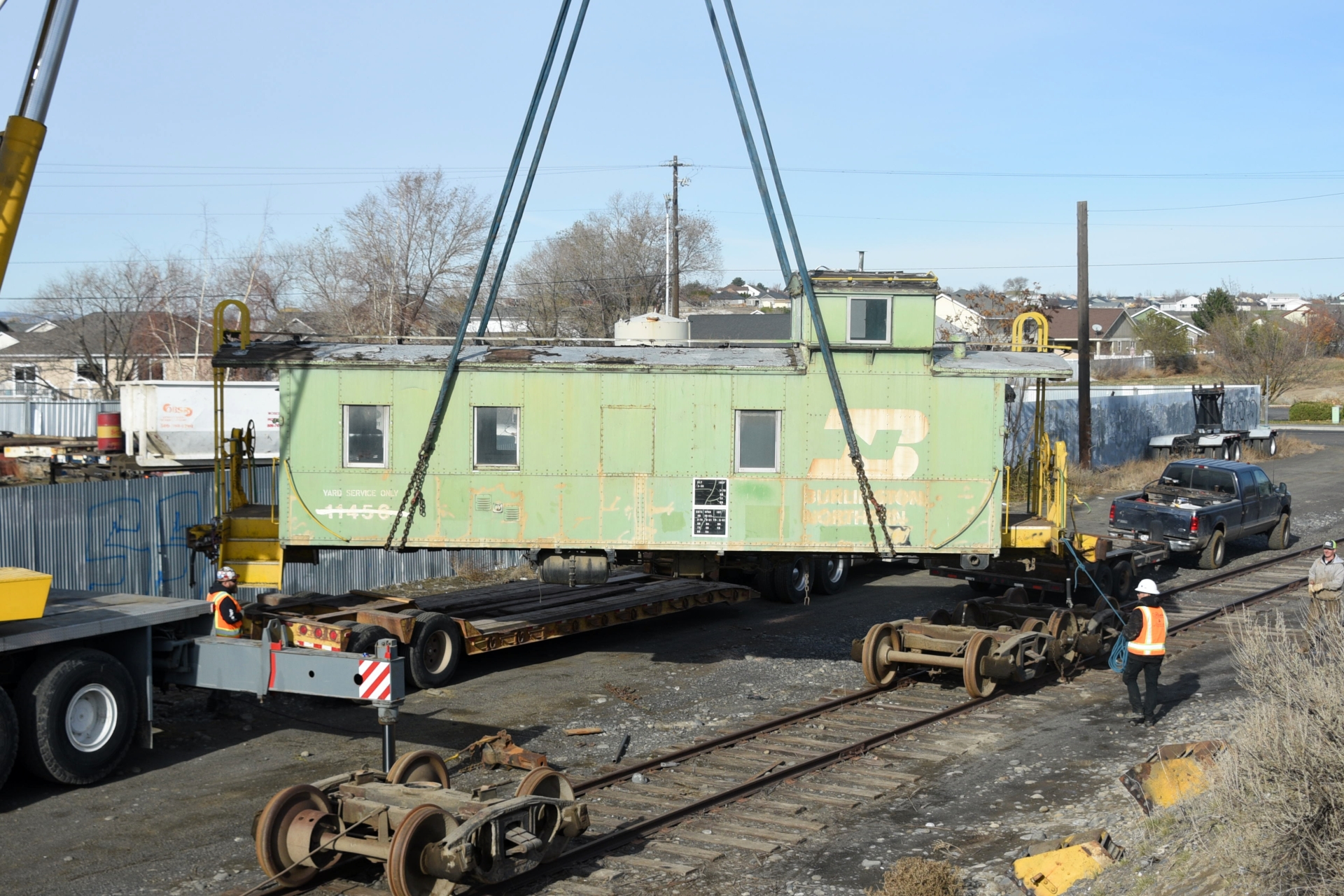 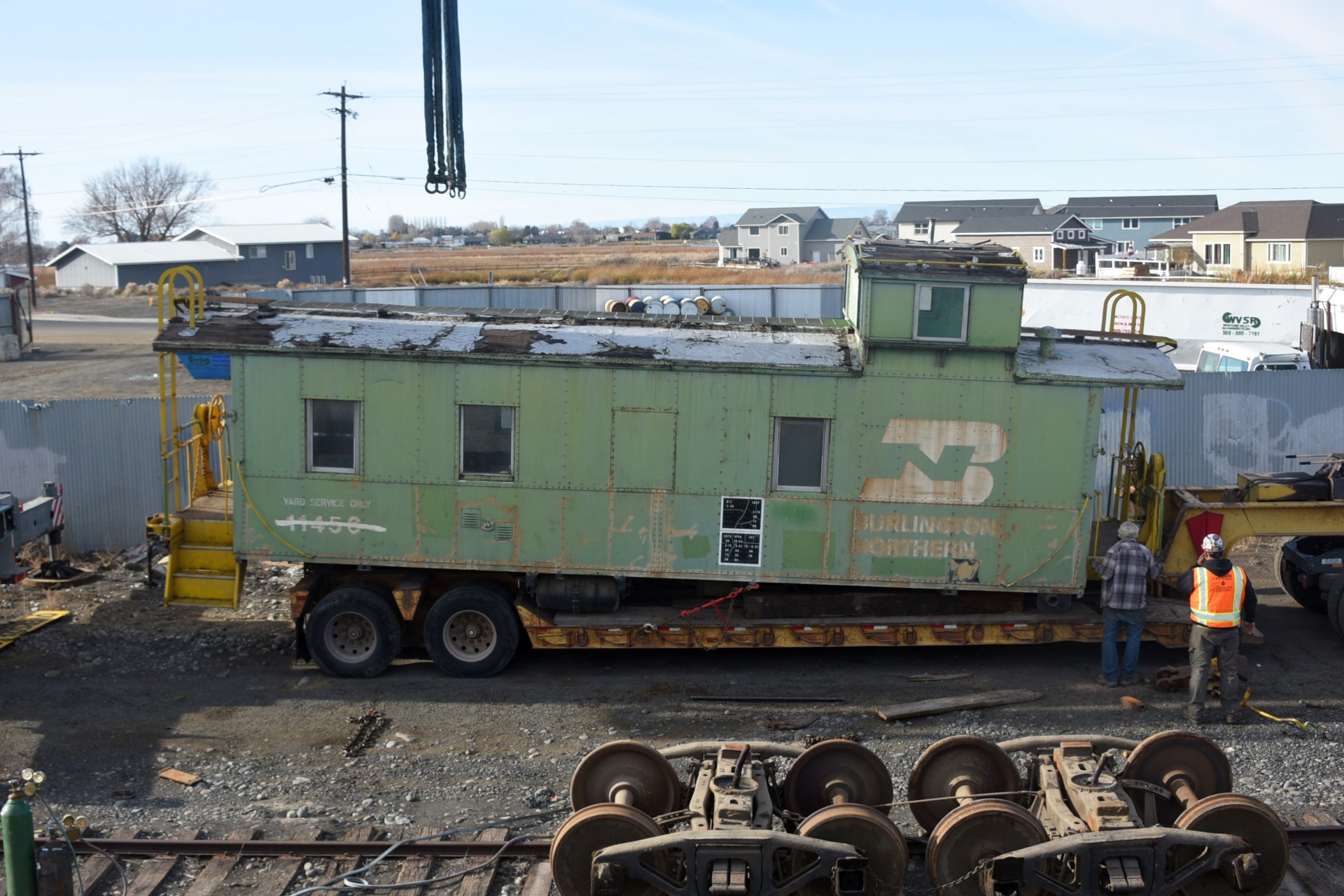 NP heritage of the second caboose. 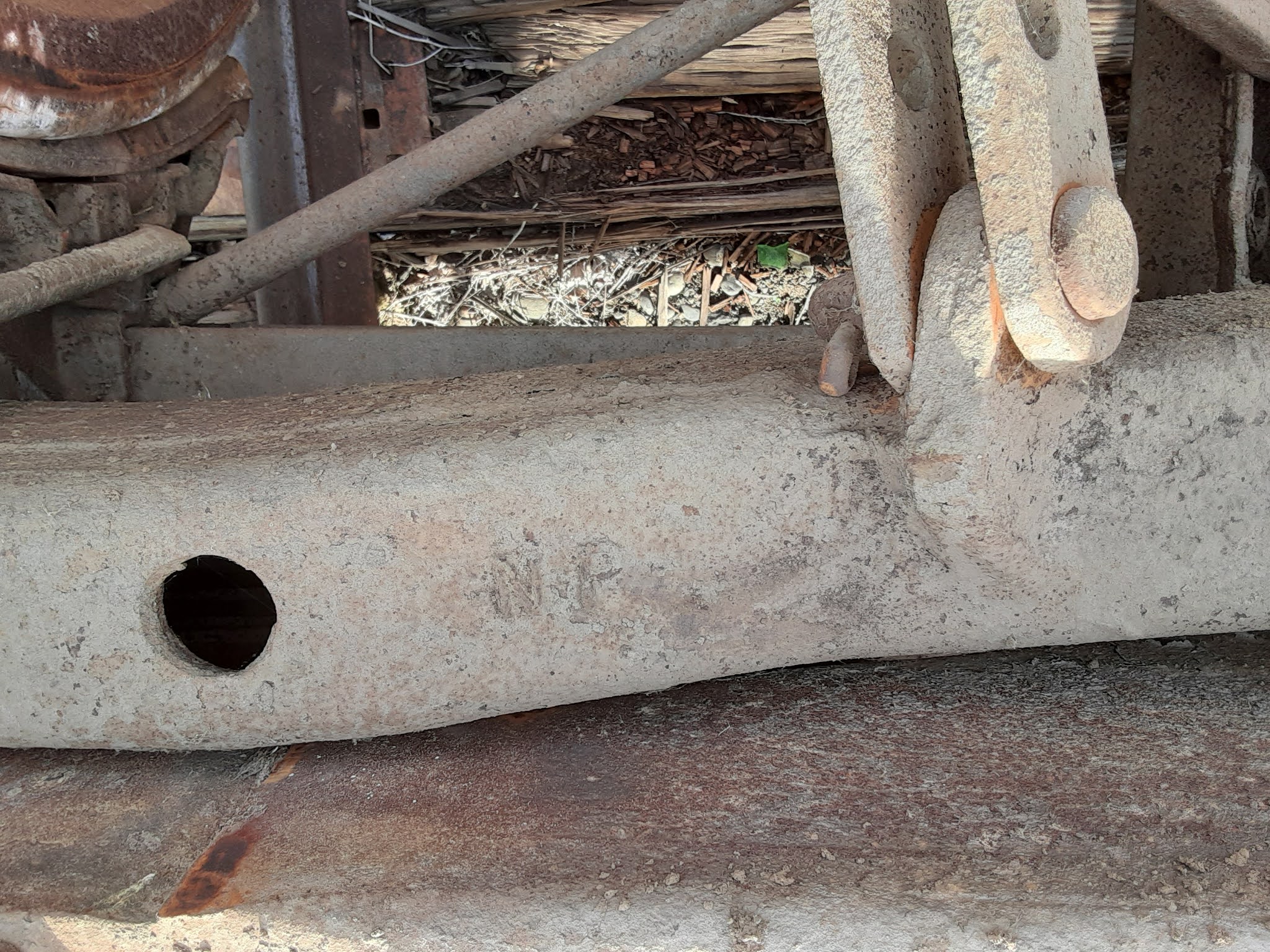 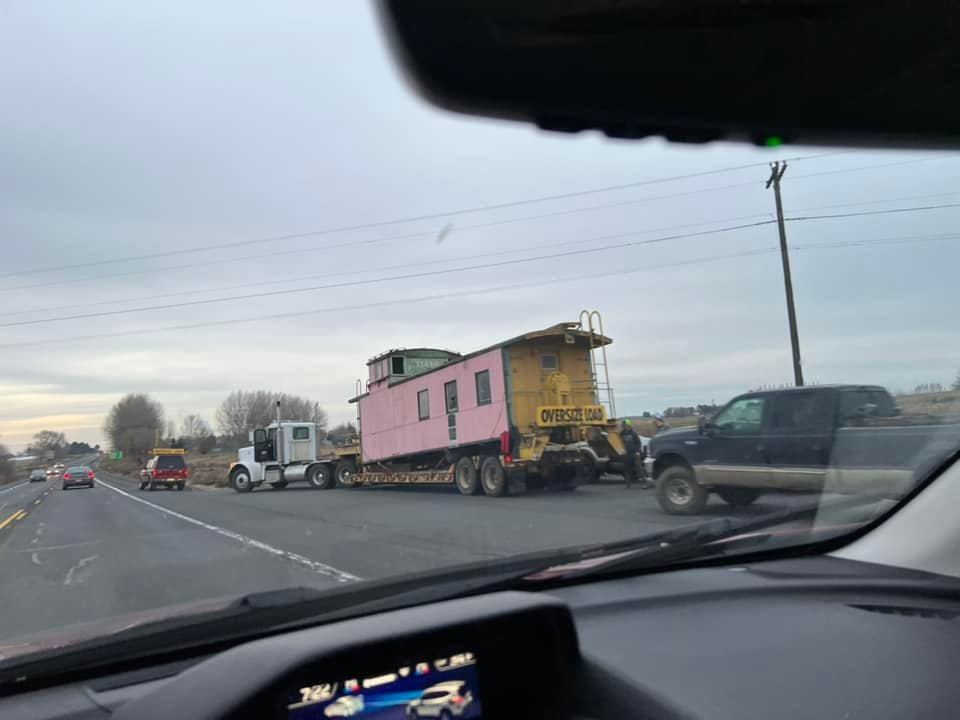 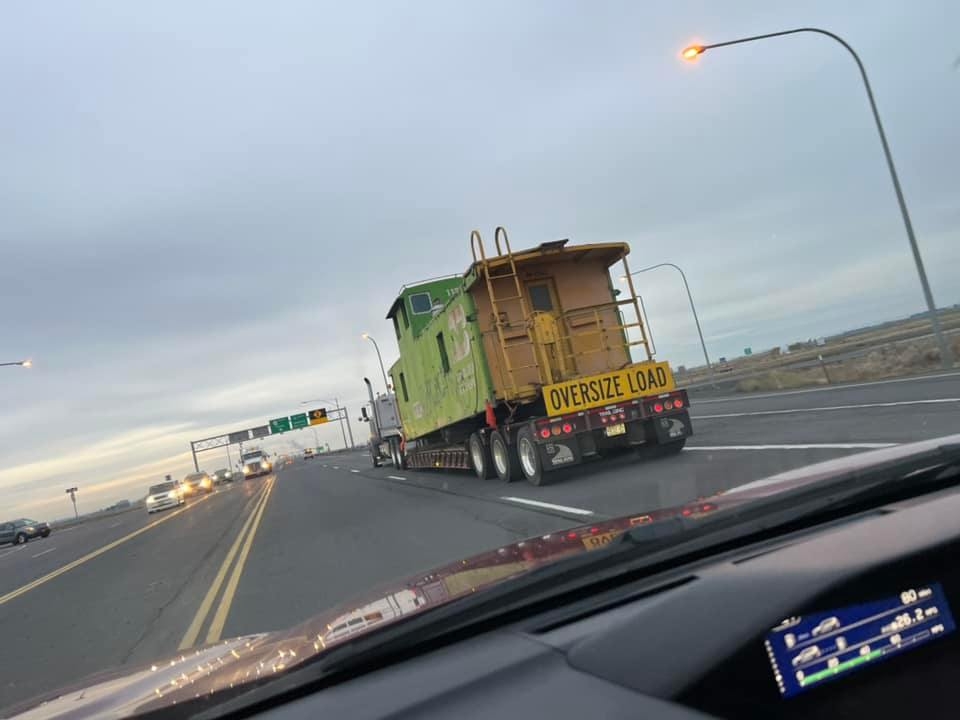 I have always dreamed about buying one of those and turning it into a bunkhouse up my draw from my house. Place it on a section of track. But then I wake up and realize i'm poor and can't. Great pictures and love the story Dan! You are a true historian....

Darrin,
You're work is worthy of note. I don't know how many times I've pointed someone to your work. And, your modeling skills are out of this world!

It amazes me how small a caboose looks on a train and how big it becomes when it needs to be moved.