We amble worked and tired into Almira ahead of schedule. Our fellow rails rested, hadn’t but barely left the office and still over an hour away from relieving us. My trusty wristed analog shows 2216. Enough for us. We tied down our diesel and oil sweated sky blue steel mares and wagon train just as it seemed the sun was rising from out of the southern hemisphere. Breaking the day prematurely, instead the nocturnal waxing gibbous tangerine orb reflecting, posed as her while roving “Super” Conductor Scott Rohrig finished his meticulous M-Crew housekeeping to ensure the wheel is in good order so too our spots duly spotted and clocked. As I work quickly to capture the ephemeral scene, I retrospect on what it is to “run” a train. Alone. Spartan, as compared to “modern” motors, engineering your train from the cab din and controls dim of a Millenial Dash-2 can get monotonous at times. Everthemore, even bumbling along, the immutable whining turbo and growling DB intermittently at your back, needle bouncing on the ten, rocking, clacking and clicking, truck springs squeaking, endlessly, rolling, on 100-year-old joints ad infinitum, my attentiveness, unwavering. Sure, I don’t have a Class One 8k or 10k train in tow or meets to manage nor signals to spy, but the principles of effective train handling come to bare regardless if it's 60 some odd empty 80’s PS2’s or 115 286k covered hoppers gliding over seamless 132# CWR. Slack run in or run out can and does have negative ramifications. The constant concentration of a single mind and vigilance of a single set of eyes over 10-12 hours strains even the most seasoned railroader coming off of a mere 10 hours rest. So, safe to say, ignoration of the obvious downside to one-man crews can only be defined as the epitome of the Cassandra Complex. And though my conductor doesn’t ride with me I’m always relieved to know that he’s watching our train, constantly and consistently rolling it by to ensure all is well. 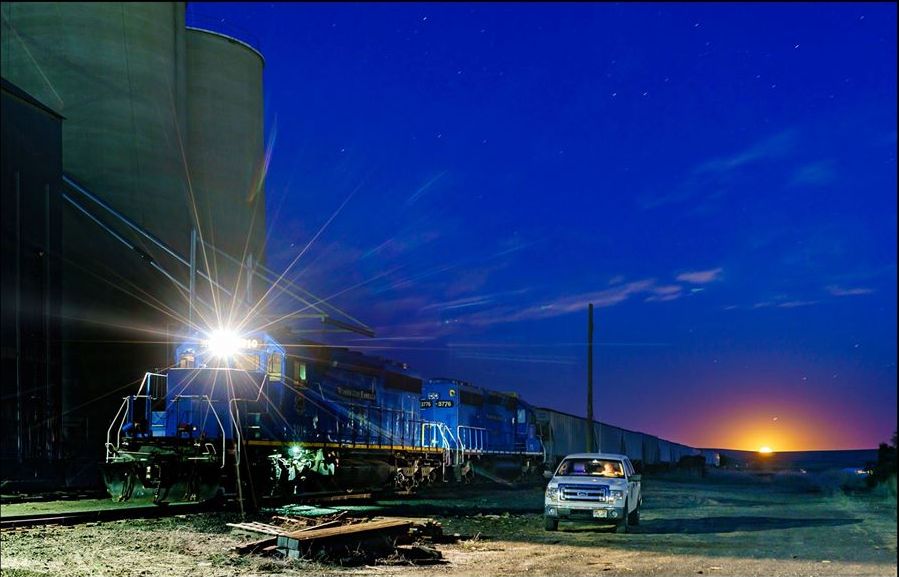