From racing 80 miles an hour over heavy CWR on Union Pacific's transcon to 10 and sometimes 20 mph over 100-year-old jointed Northern Pacific rail, my conductor and I near going dead on the law have just tied her and her train down as retracting beams of day's light glint off her iconic face; her radiator’s heat deflection ripples the moon in a sky like water. Turbo-slung oil running down her nose she’s running on borrowed, borrowed time. In a couple of hours, the next crew will come on duty and put her to the test one more time. But the work will be a cinch with all empties on the way out. It’s the way back when she and her sister will be expected to give their all, slogging up and down mean grades and trough damned tight curves and at last holding back some 60 covered grain hoppers down into the horse's shoe of Deep Creek then out and up the other side. Making the narrow transition-window from braking to power is critical. If you wait too long to kick 'em off, you will stall, if you knock 'em off too soon, the portion of train not yet completely descended will shove you mercilessly. Nevertheless, 3588 still does, with few complaints, what she's told by the hand of the engineer just as she did for me today, for now. It’s still hard for me to see her like this when it seemed not too long ago the ubiquitous SD40-2 would never be surpassed. I was wrong. Nothing lasts forever. 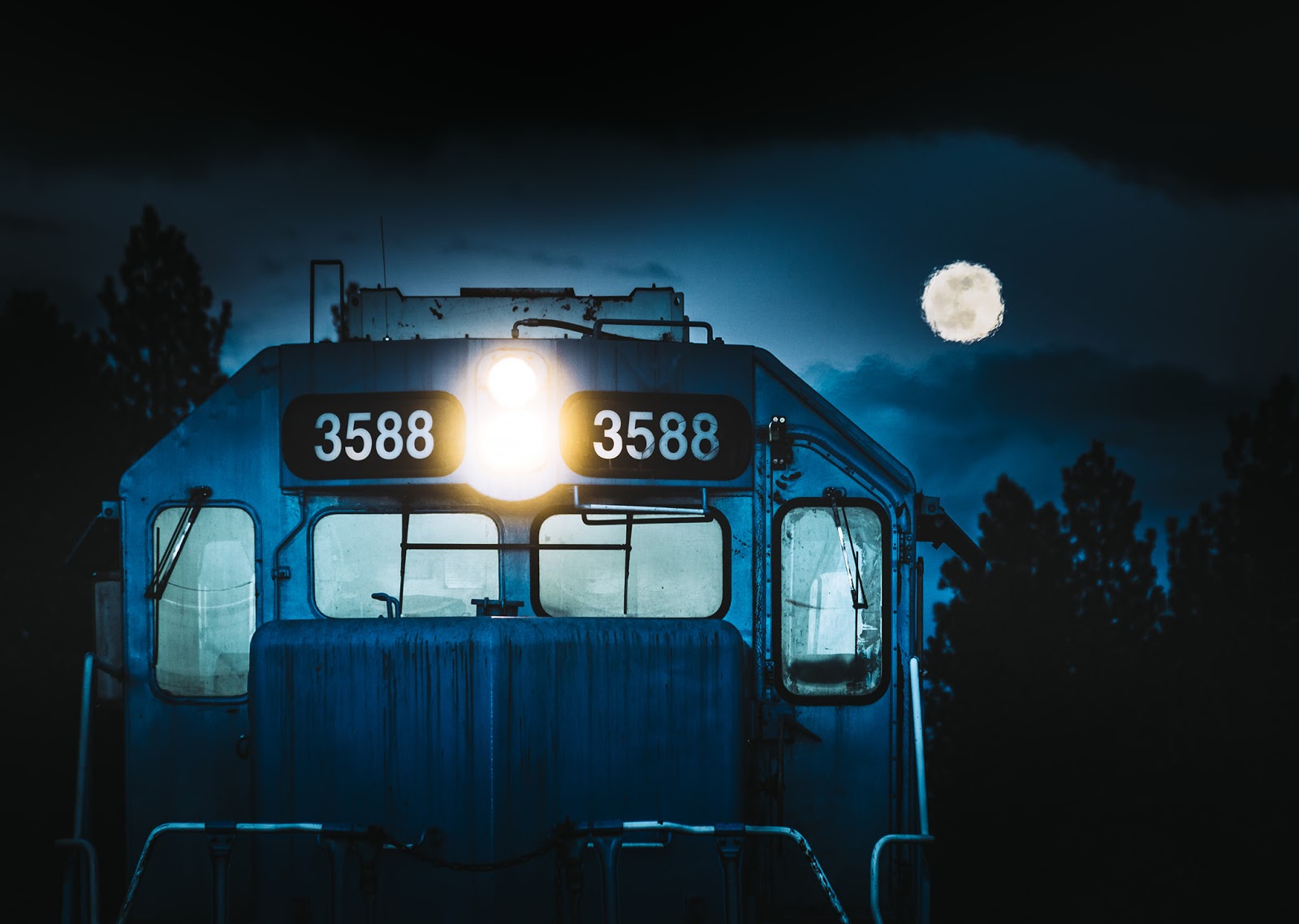