"Washington Eastern's "scoot" train unloads its golden bounty into the Four Lakes shuttle facility on September 25, the nearly-untouched former Santa Fe GP30 2422 leading three SD40-2's. Thinking that might have been you, Bruce Butler, watching me fly my drone into the power lines along Craig Road?" 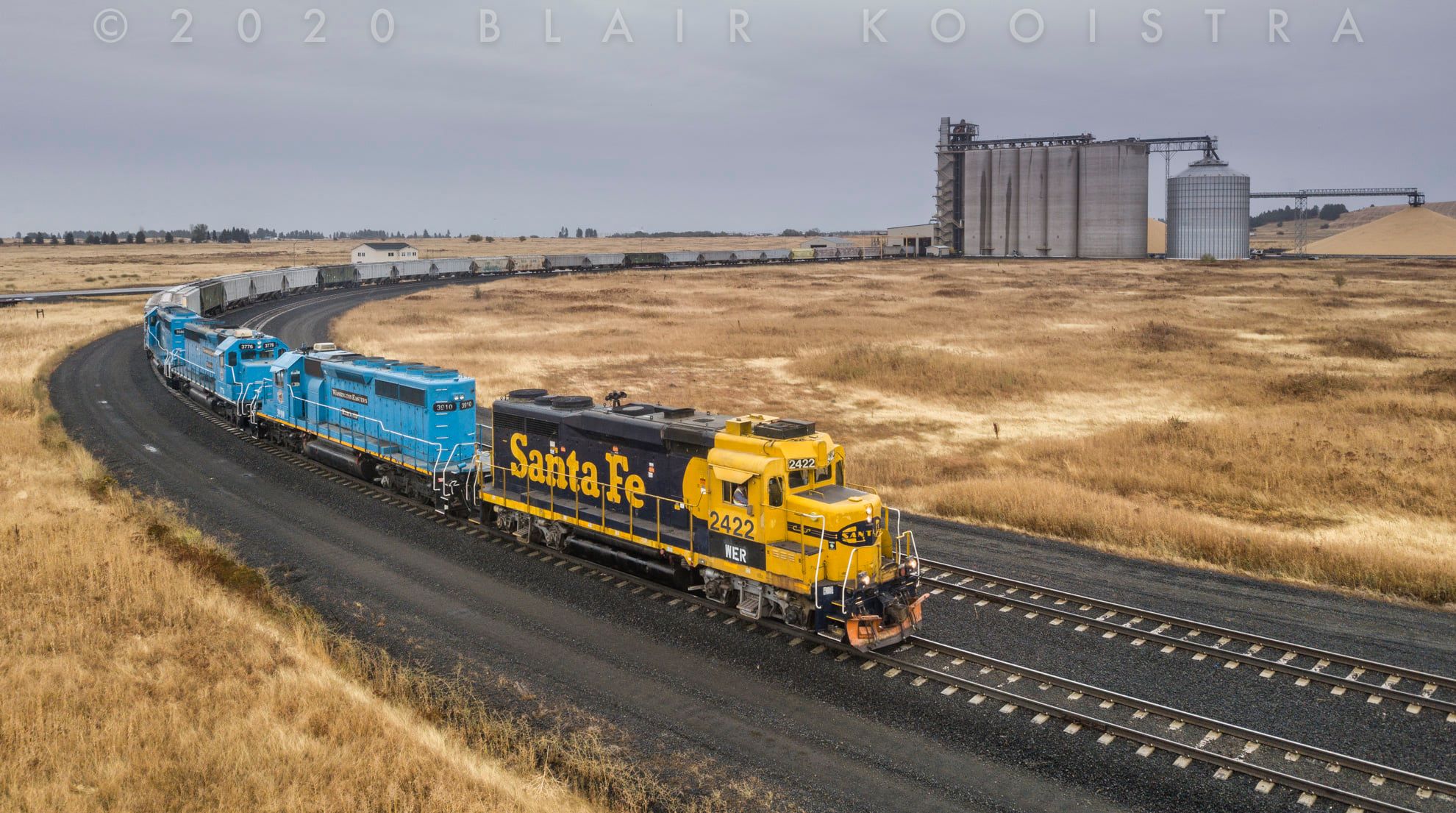 But there is more to the story:

"See those wires clearly visible in the photo? Well, apparently I didn't see them, must've thought they were grid lines on the video display. These are the ones I flew into photographing the Washington Eastern near Four Lakes the other day. D'ough! Drone escaped apart from two broken rotor blades (easily replaced) and a scuff mark or two from the wire on the drone's body. . . "

"I’m usually so careful making sure I’m well over power lines and such. Guess not this time. Lazy on my part not walking across the road to watch my clearance—it’s often hard to keep perspective with aerial lines unless your’re under them or parallel them.

"So: Beerzaplhat!! Snagged two rotors and the bird fell 30 feet to the ground—thankfully landing on soft grass. Gimbel good. Rotor arms undamaged. I swapped out 2 new blades for damaged ones, recalibrated the thing and amazingly it seems to fly like it did before. Like I say: I learn something every time I fly—and sometimes have to relearn things.

"In two years of flying, my first accident. And no lasting damage apparently." 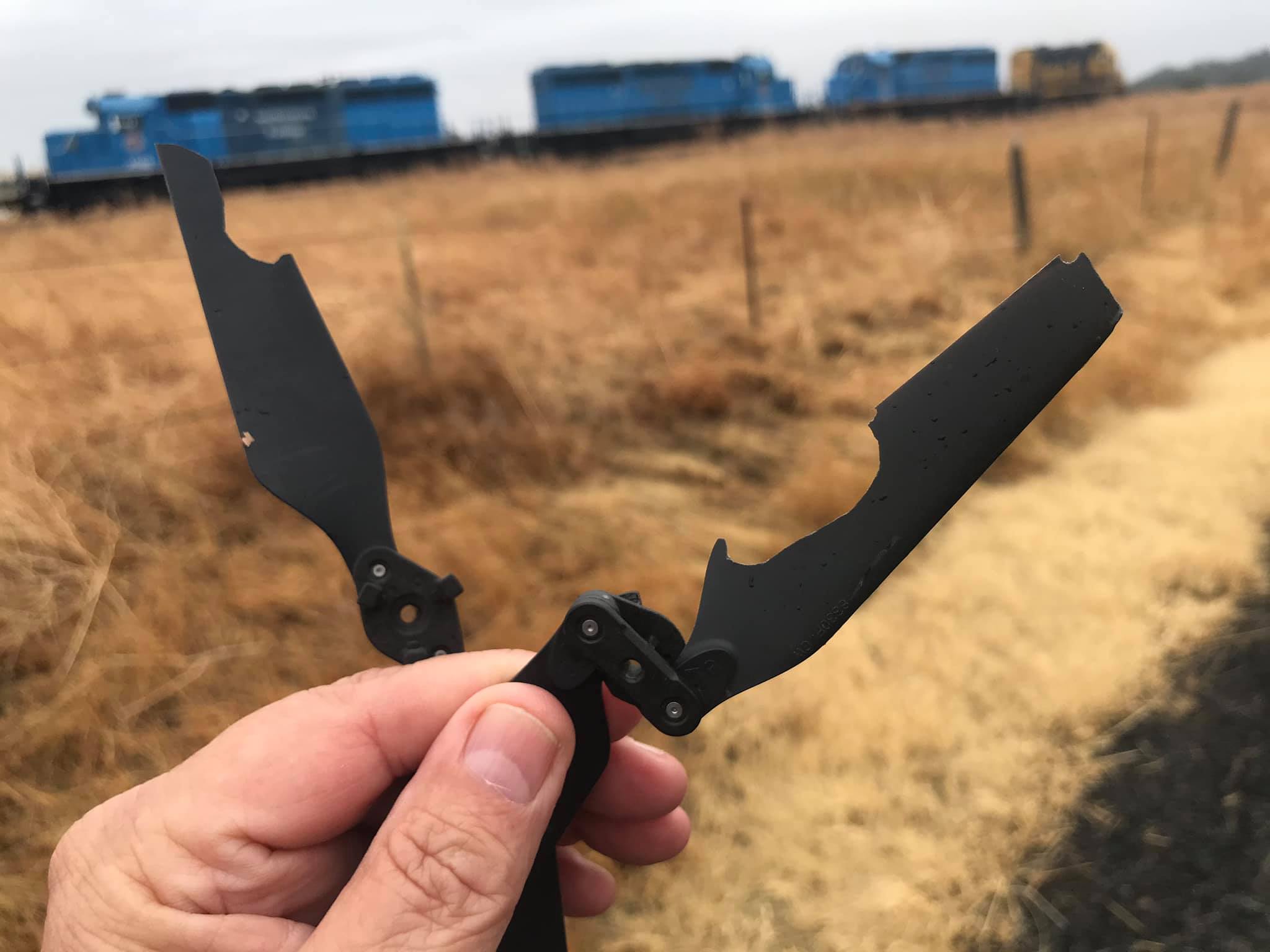