The unmistakable silhouette of a GP30 heads headlong into a seething snow storm – snow like so much desert sand – swirling about nearly obscures the image with flares as the unavoidable profusion of flakes quickly form droplets on the lens. Slipping by a dune of crumbling Washington State basalt on century-old 90# sticks nearing MP 83 en route to Coulee City on the CW sub is SW 2422. A former Santa Fe Cleburne rebuild more accustomed to arid operations, she finds herself climbing down eponymous Rattlesnake Hill. Whatever rattlesnakes may be around they are surely in a state of stasis, holed up in a den as I insanely brave the insane wind chill to bag this image the day after Christmas instead of being holed up in my own warm den. And I ask myself as I have too many times to count: “What makes me do such irrational things just to get the shot?” I have no answer. 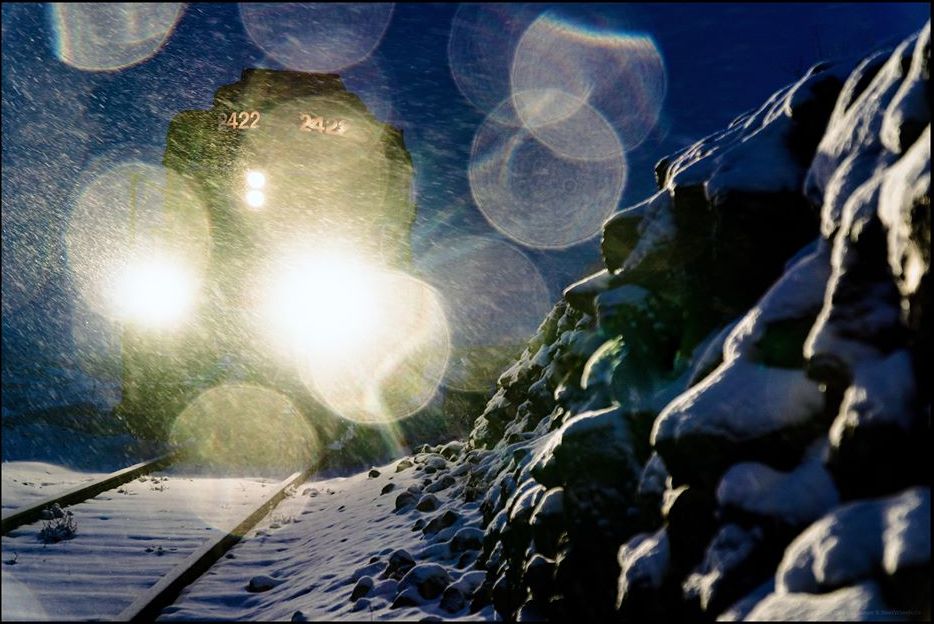