The G.W. Emerson Mill At Wilbur

I was just looking at some 1957 aerial imagery and made a couple discoveries along the NP Central Washington branchline. The biggest surprise was that the football field at the east end of Wilbur, WA was actually a sawmill, and had it's own rail spur off the CW up the hill from the east grain elevator and the oil dealer. 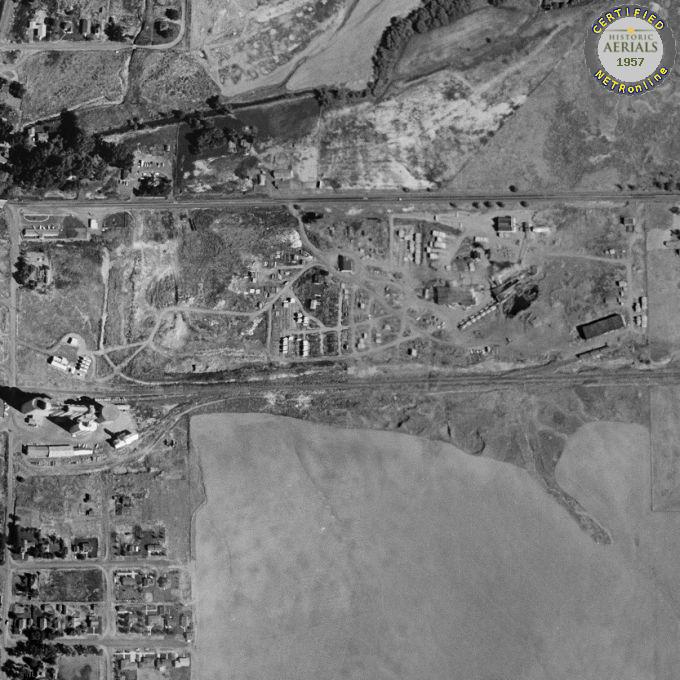 Researching the history of the G.W. Emerson Lumber Co of Wilbur, WA. The company started in Deer Park but made a series of moves that put it at the mouth of the Spokane River in Peach, WA. It was cutting logs floated down the Columbia River and then the lumber was trucked to finishing mills in Spokane. By 1930 they had mills at both Peach and Creston that burned that year, only the Peach Mill was rebuilt.

When the Grand Coulee Dam was completed and Lake Roosevelt was going to flood the town of Peach, the mill was moved to Wilbur, WA in 1940. Logs were being trucked from Lake Roosevelt which were floated there from various log dumps. Later log trucks used the Keller Ferry.

Drying kilns were added in 1955 to increase production, which was running around 3 railcars a week heading to the Dakotas and Minnesota. The mill burned in 1960 in a spectacular fire, but was rebuilt the following year despite a poor market. The market did not improve and the mill closed in 1966, and sold at a foreclosure auction in 1970. The mill burned for a final time shortly after the auction.

This spot in Wilbur today is known as Emerson Park.

Articles from the Spokane Newspapers. 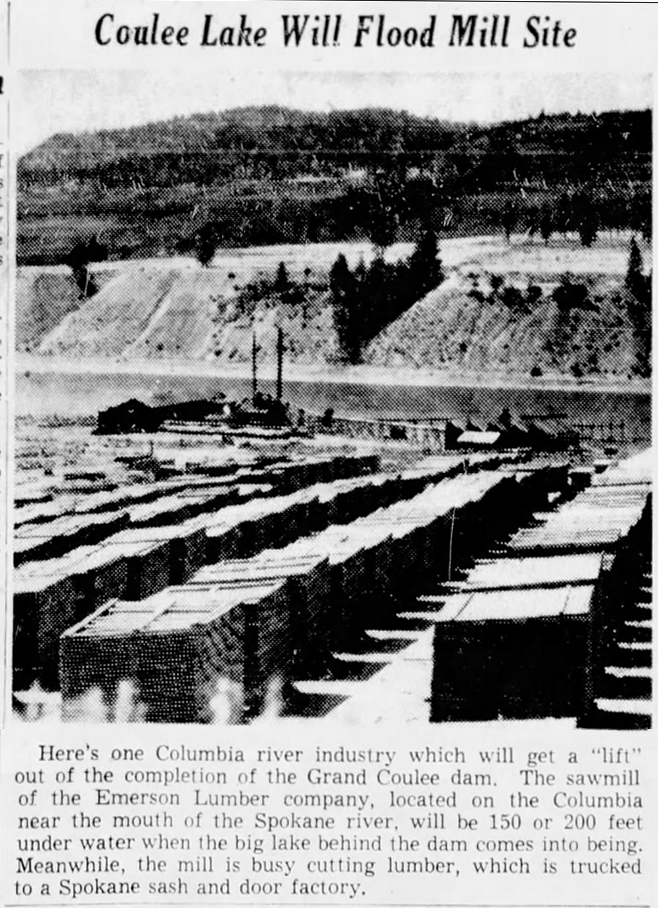 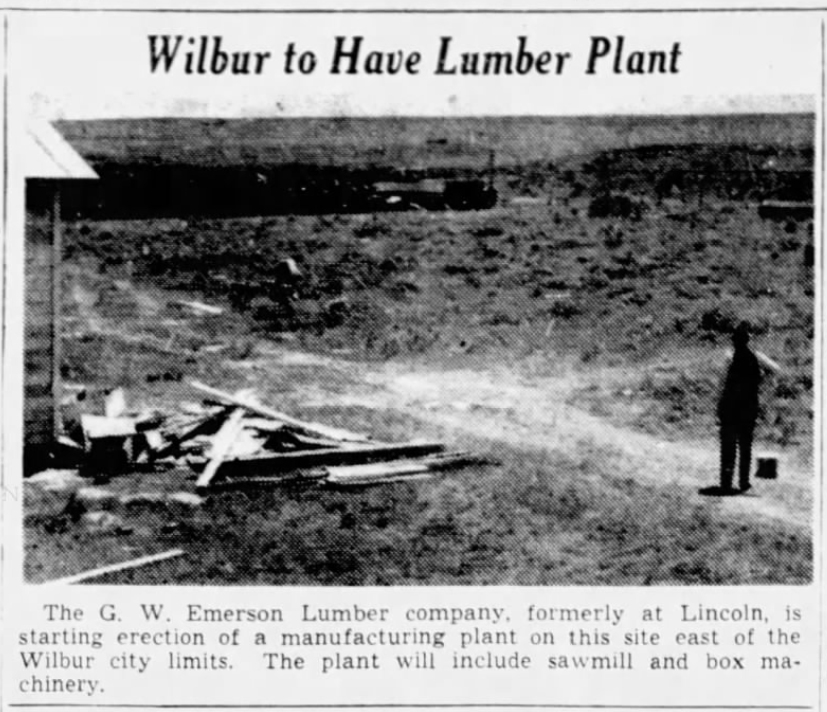 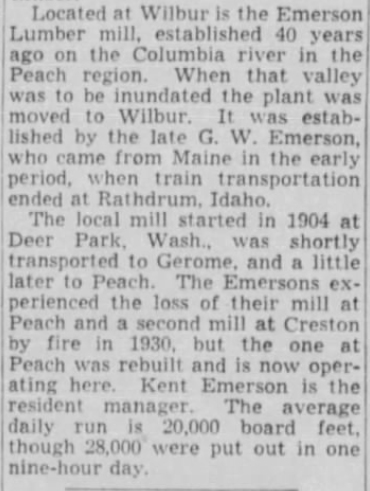 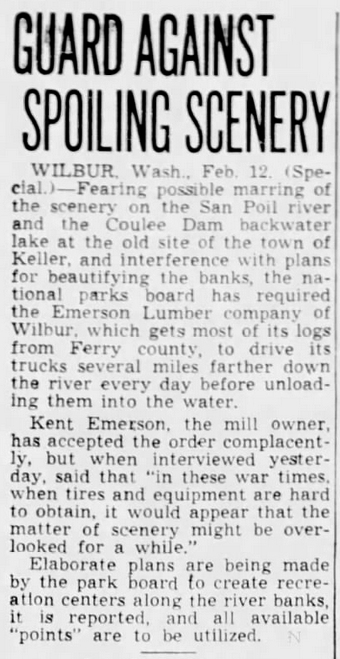 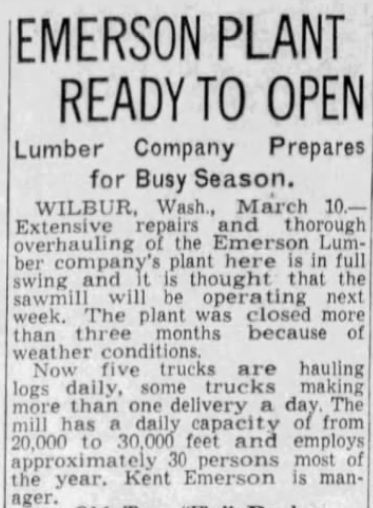 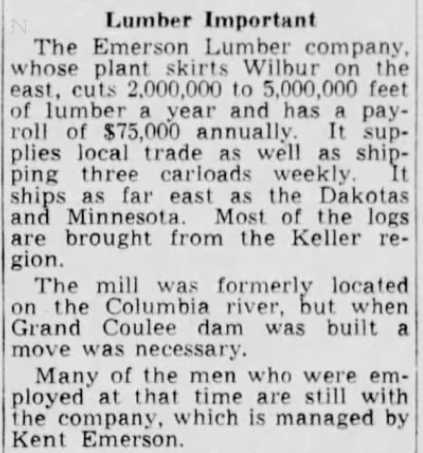 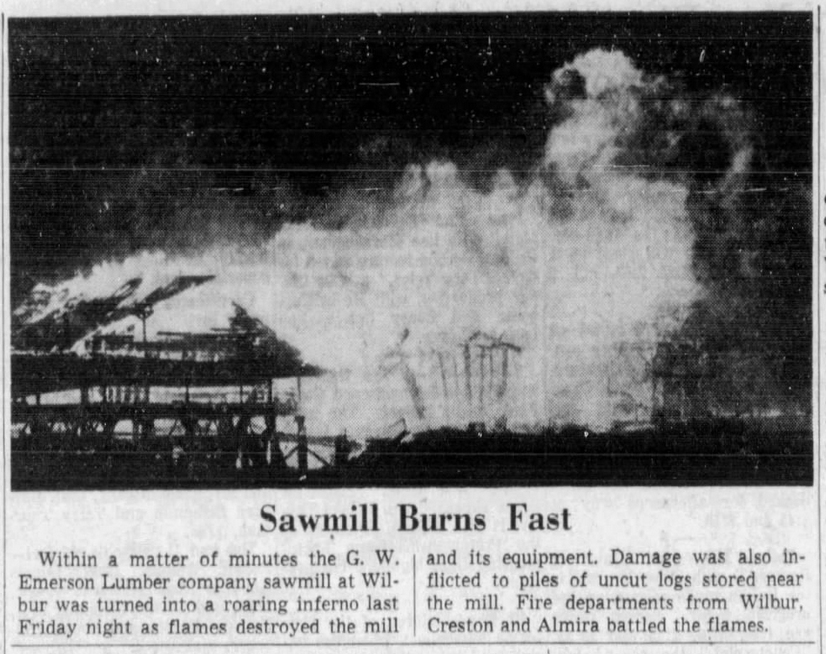 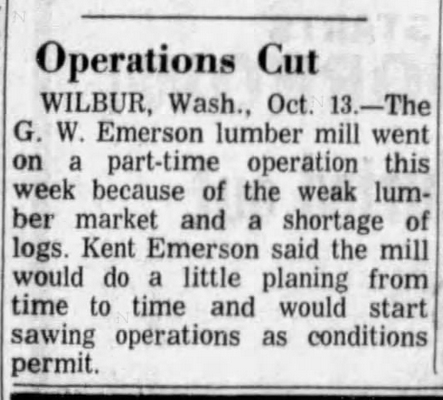 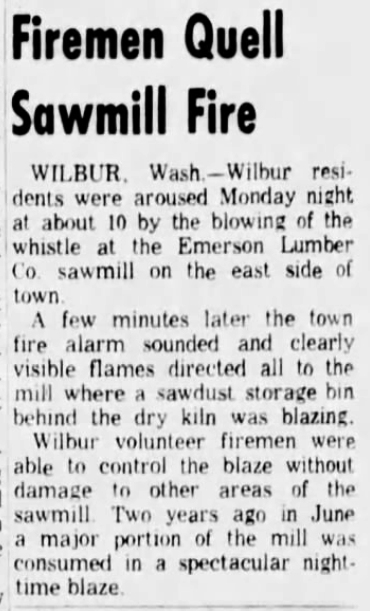 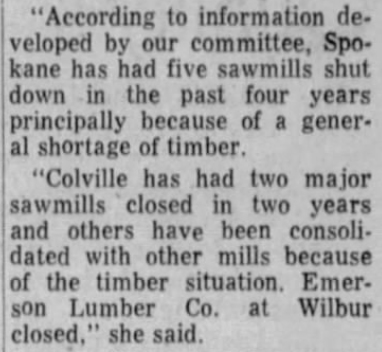 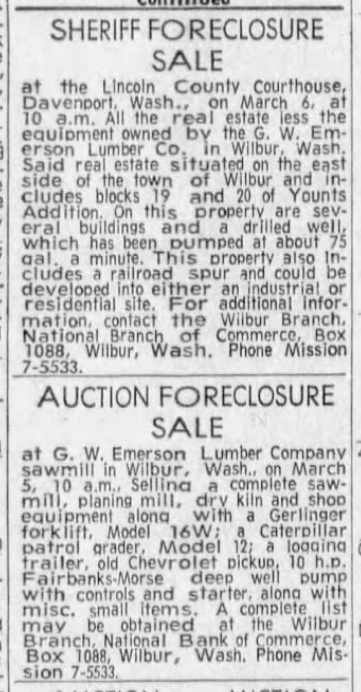 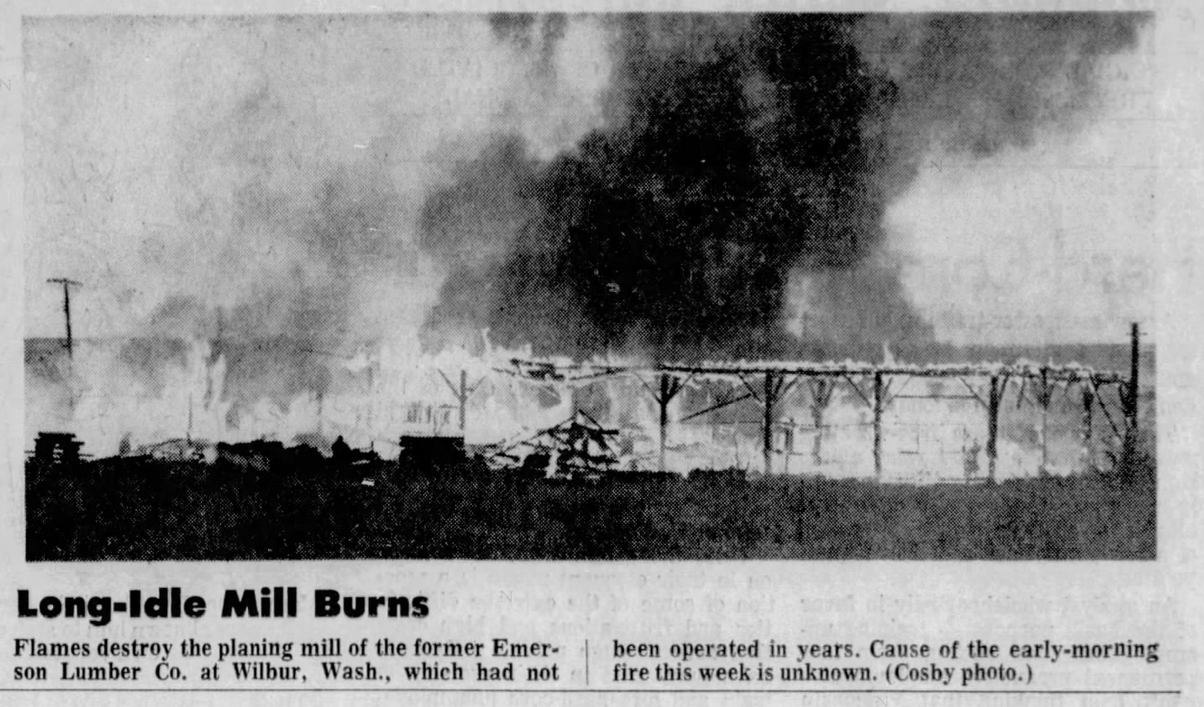 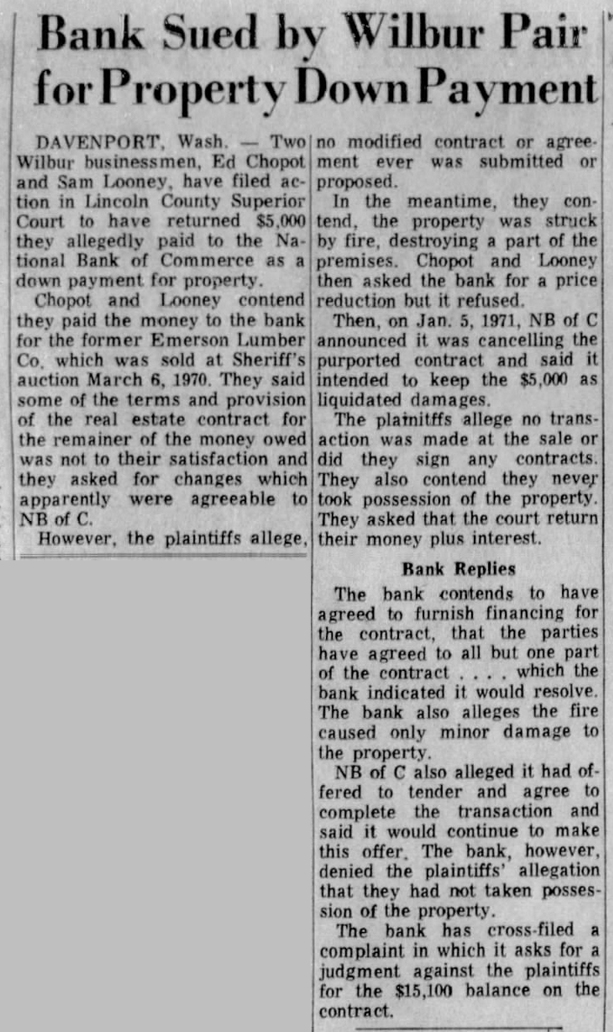