"In 1977 I was employed as Division Auditor for the wholesale grocery Pacific Fruit & Produce. One day in July of that year, my boss told me that they needed someone at the Wenatchee branch for seven or eight days, over a weekend so pack my bags. I also packed cameras, tent and sleeping bag.

"I took every moment I could to catch trains in the area. This day I was at the depot in Wenatchee and found a local with a pair of GP7s coming back from (I think) the line to Oroville with a small cut of cars. Back then I really didn't think of what was going on, just another train, different from what I was used to in the Willamette Valley.

"But this brief sequence of photos, taken July 25, 1977, has some good railroad qualities, mostly that of a job getting things squared away after a long day of 'pull and spot' up and down the line they worked. The third photo shows what I figure is the conductor hopping off with grip in hand, probably after telling his brakeman to put the cars away and park the power while he went in the office to take care of the paper work.

"In modern times, the conductor usually didn't have a brakeman to do all the work so the paper work had to wait until the cars were set out and the power tied down." 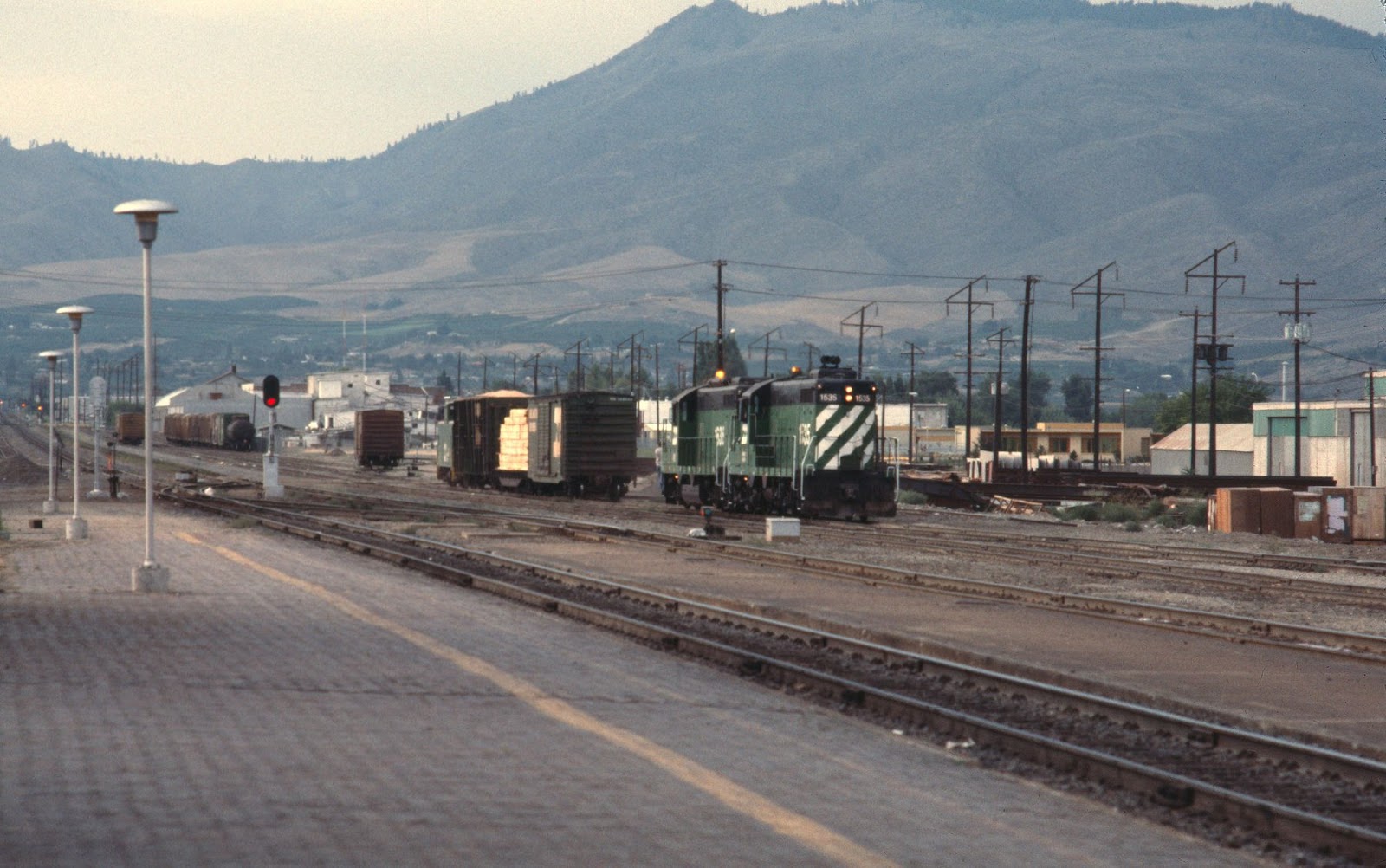 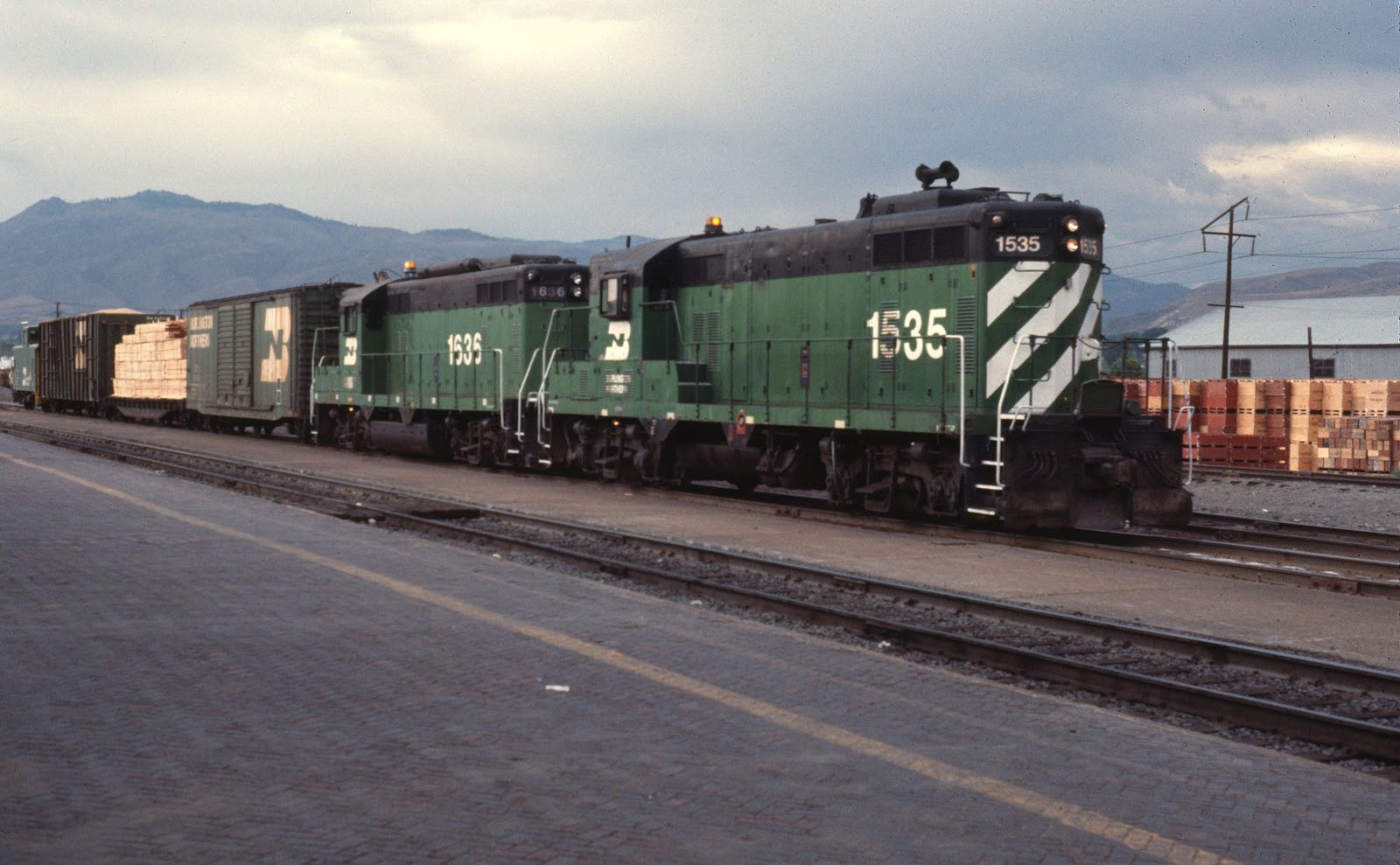 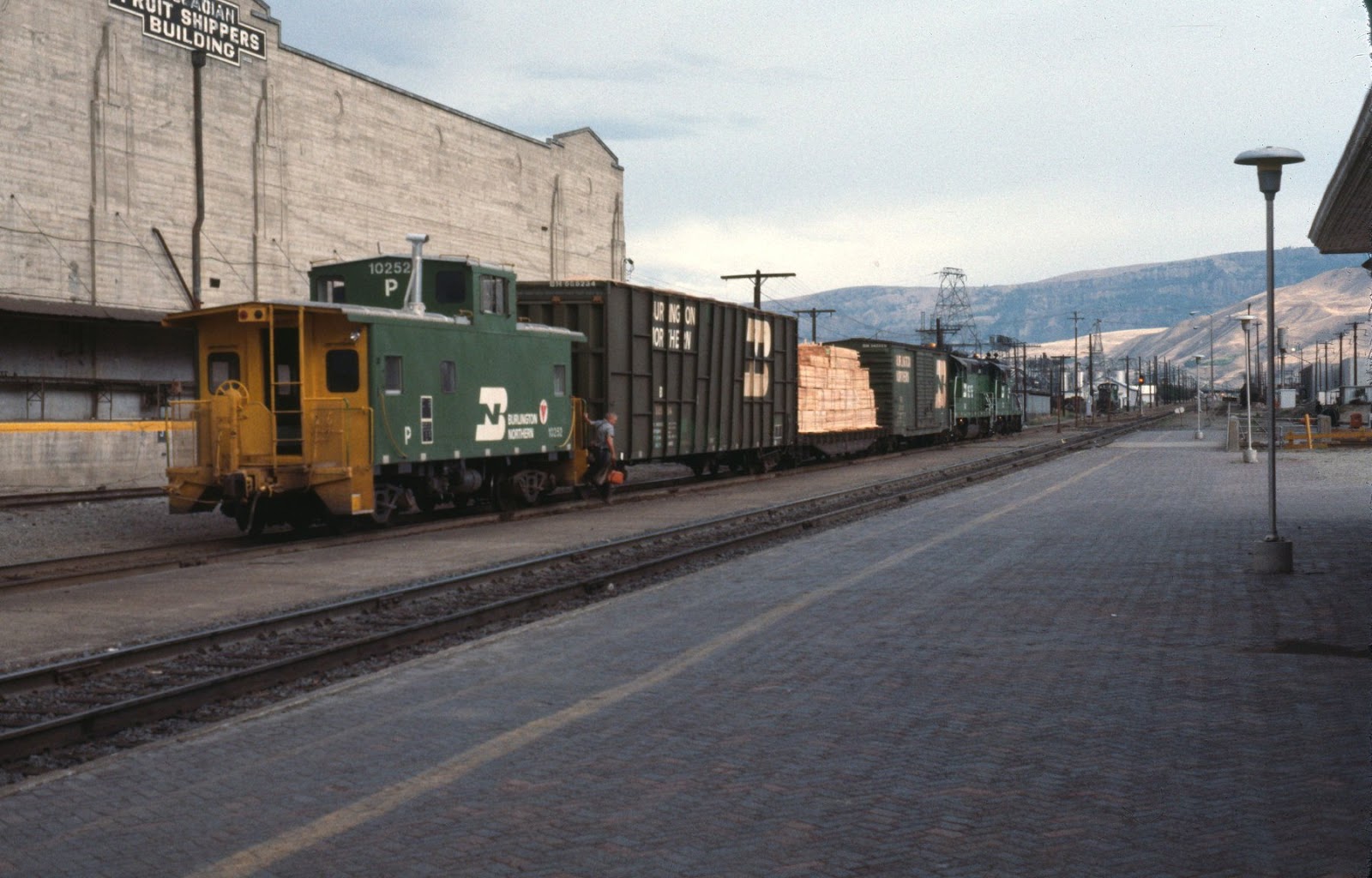