The Eastern Washington Gateway Railroad crew has just completed its run west with a pair of SD45’s and an SD40T-2: spotting its empty scoot cars along the way. The last few here at Hartline. They’ll tie down the power up the line near Hanson, but not before performing pre-tie down procedures under the “city” lights leaving a minute or two to capture this timeless scene along Main/Chelan Street. The shrub-hidden typical modest homestead is vacant. Its former residents either moved on or simply passed away. Who knows? Have for some time as evidenced by the unkempt bushes; unlatched gate that paths to where the screen door bearly hangs from a single-screwed hinge slapping – like a spaghetti western sound effect – against the faded siding as the chimney crumbles, brick-by-brick onto the dilapidated roof. The mess of thirsty tumbleweeds has aimlessly ridden in on the wind from the endless scablands. Behind me, the leaning realtor's “For Sale” sign sways back and forth in the breeze: has for many months and most likely will for many more as towns like Hartline that dot the Evergreen State’s wheat country – once hustling and bustling microcosms – steadily decline. Nevertheless, these tiny communities are the collection point for the vast amounts of Eastern Washington grain (over 157 million bushels in 2016). Their elevators dominate the skyline like rural skyscrapers. And, as has been for over a hundred years, the symbiotic relationship between railroads and grain-producing communities will continue unabated as railroads remain the most efficient for of ground transportation man has ever invented. 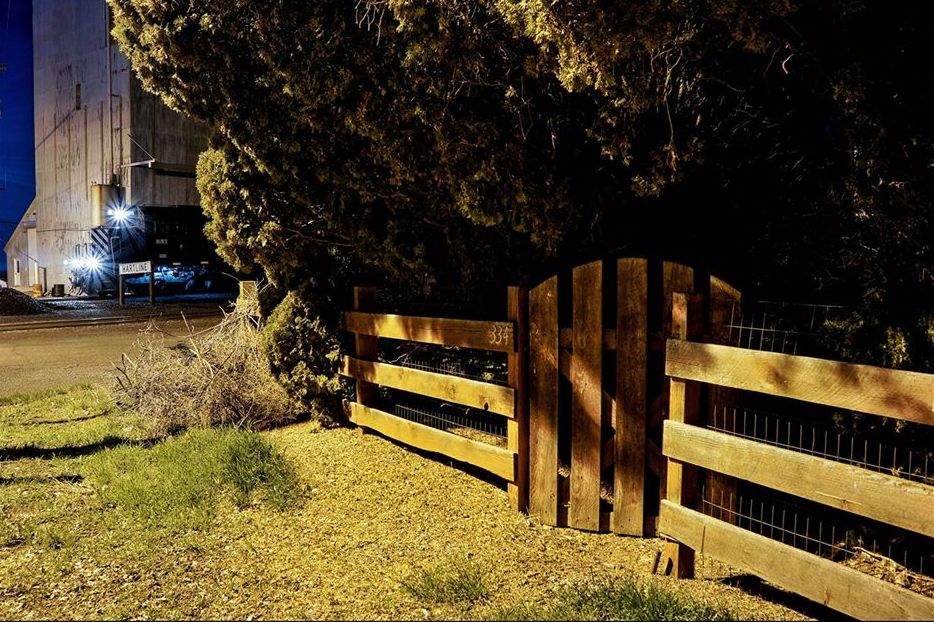