A minute past midnight conductor Ryan Reierson rolls the Eastern Washington Gateway Scoot train by at Fictenberg Road (most likely a misspelling of the German Fichtenberg), a section of former US Hwy 2 under a cloudless very starry night. The 30-second exposure sends the train into warp speed though its actual speed hovers around 10 miles an hour. Out here, though near US Hwy 2, it can get unnerving in the black of night when you’re alone, waiting for the train, its headlight searching out the night as it makes its way to you surely, but ever so slowly as the coyotes, cougars and other curious creatures of the night make their unseen presence known. Soon the rails begin to wake in snaps and pops exponentially as the weight of the train nears. As the procession comes into earshot the squeaking and squawking locomotive running gear immixed with the grumbling and whining of their prime movers followed by the long line of cars rocking and rolling, drawbars dropping here and there on account of less than favorable track alignment and cross elevation. In minutes the squealing flanges and droning diesels have passed back into the darkness and the critters of the night resume from where they left off, but not before the time-honored “Good Roll-By at Fictenberg, 328” is given and the distinctive crackle of the radio relays the engineer’s confirmation. “Roger that! Good roll-by at Fictenberg. See you down the road, 328 out.” as the smell of diesel exhaust lingers in the cool air. 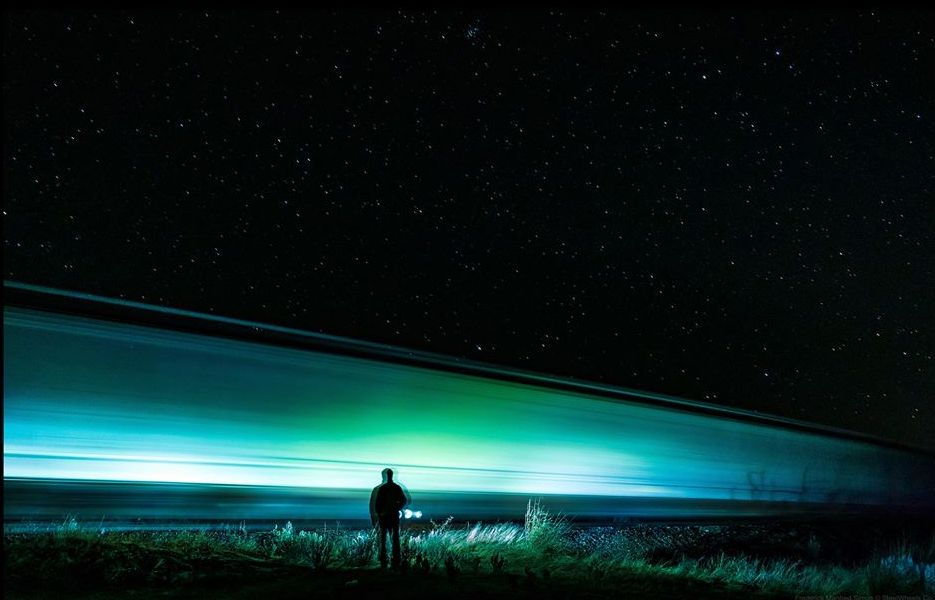