Riding The Rails In Wenatchee

Disclaimer: In case it isn't obvious, hitching a ride on a train is risky. While others may have gotten away with it in the past, riding today could lead to death or dismemberment.

"I arrived in Seattle the first day of spring '73. The first week I had thought "so this is 'where the sun don't shine' ". In a few weeks the weather was beautiful. I had a free weekend, so hopped a freight out of Balmer yard to Wenatchee.

"While waiting for a westbound to take me back, I ran into a number of other young people with the same idea. I'd ridden enough freights to know this many "passengers" was unusual. Turns out it was the weekend of Wentachee's Apple Blossom Festival.


"There were close to twenty other kids with the same idea. we picked several boxcars and once the freight left the yard, bottles of wine and joints were continuously passed around. I knew this was going to be a memorable trip.

"Before the going through Cascade Tunnel, the train was put into the siding at Berne. An eastbound passed and while waiting for the tunnel to flush out the fumes, someone saw several loaded auto rack cars in the train and said "Follow me." (This was before such cars were completely enclosed.) We climbed onto the car, and he reached under the wheel well of the first auto, where a container containing ignition keys for all the autos on the car was hidden. We picked two autos on the top rack, and enjoyed music for the rest of the trip. (Reception in the tunnel was lousy!)

"Before reaching Balmer, we put everything back in order, and put the keys back. Thus ending a wonderful first trip on BN's "High Line". (It definitely was that!) Photo taken by another rider in Appleyard." 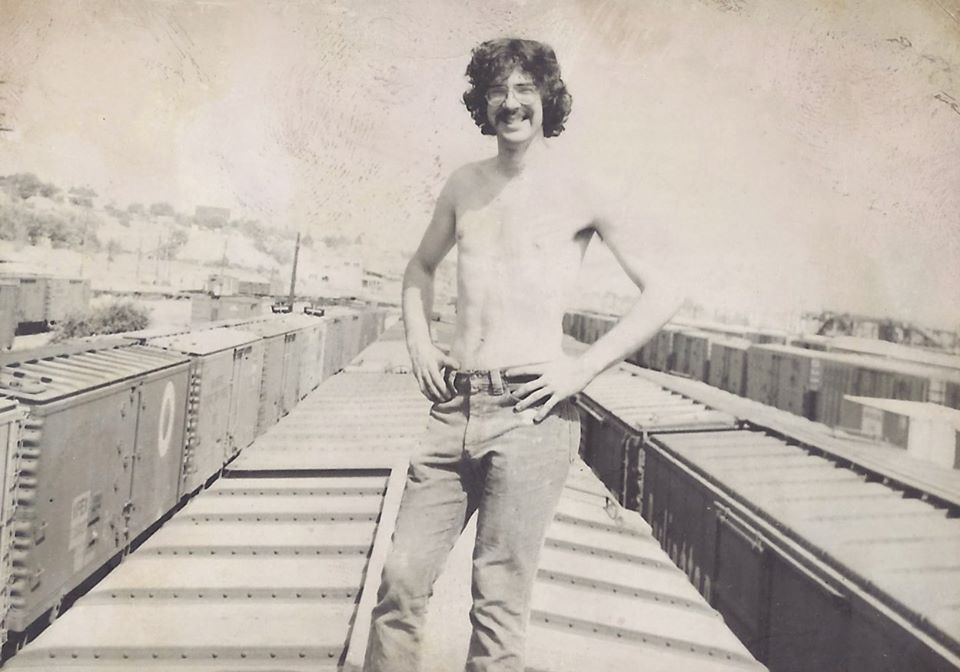