Track-speeding - just about to knock down milepost 98 - butted Eastern Washington Gateway 45’s and nineteen empties will drop down some 300 feet into cul-de-sac Coulee City in less than ten miles and thirty mikes at the deft hand of Engineer Ted Curphey as he skirts his train along the parallel-straight to the CW right-of-way belying its otherwise mostly-meandering-blacktop US Highway 2 just west of just waking Hartline as the day tantalizingly lifts her exquisite rosetta-négligée to bare her life-giving matrix to man, mammal, and melanchthon alike. Curphey and his conductor, having worked near 12 hours through the opaque darkness delivering cuts of cars - some here; more there - imposing their shattering grade-crossing-staccato, steel-wheel-screeching coupler-slack-clamour, and crisp comms-crackle on slumbering towns along the way, will spot what’s left of what was a 60 some-car-train down in Coulee under myriad seed-spouts then be on their way, comin’ off this long and winding road, dead-heading home for some much-needed rest in two-hours-time. 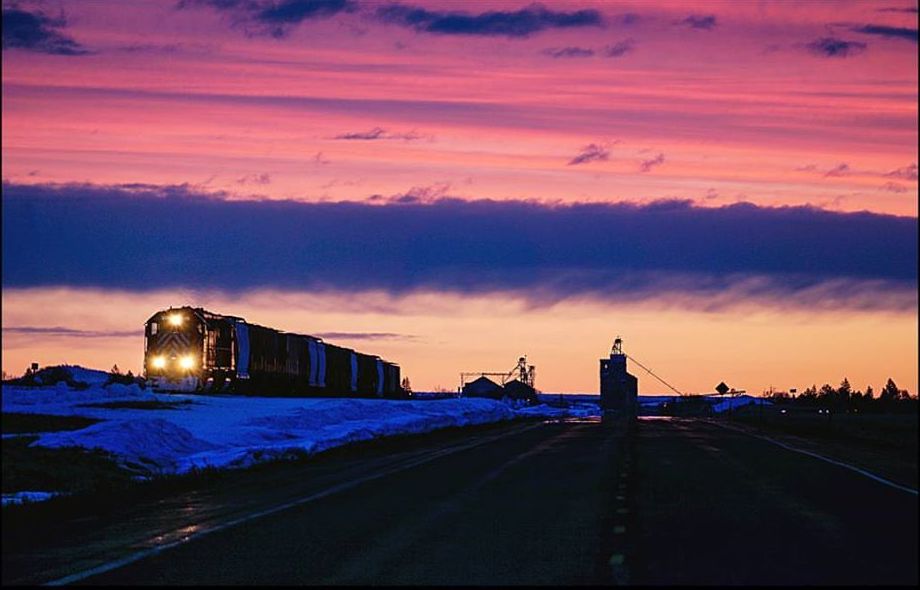