Having just whipped around apply named 1572’ Black Butte some 300-odd-feet below, three olyphanting motors bring good things to life as they make short shrift of the 1300’ HOT “Baby Q,” symbol QSSEALT6-20, (Seattle-Alliance, Texas). Racing towards Stratford – just below my vantage point – the succinct train is on a flap of land skirted and irrigated by Crab Creek, typical of middle-Washington where every fraction of fertile acreage is cultivated. On either side buttes, that, if spied from above on Google maps, look like dry leprosy where erosion of the repeated prehistoric Missoula Lake floods and receding ice shelves have literally eaten away earth’s living tissue leaving nothing but rock like petrified bone. In the distance, rising up and out of the frame at 3617’ is partially snow-covered Badger Mountain where, on the other side, is nestled-nicely Wenatchee on either bank of the Columbian flow. In unincorporated city-block-big Stratford, one of the homeowners of respectably inhabited structures along its main drag had the foresight to preserve the former Great Northern station sign while just a few hundred feet further down Stratford Road, a propped up, must-be century-old gas station, succumbs, very slowly, to time indifferent. 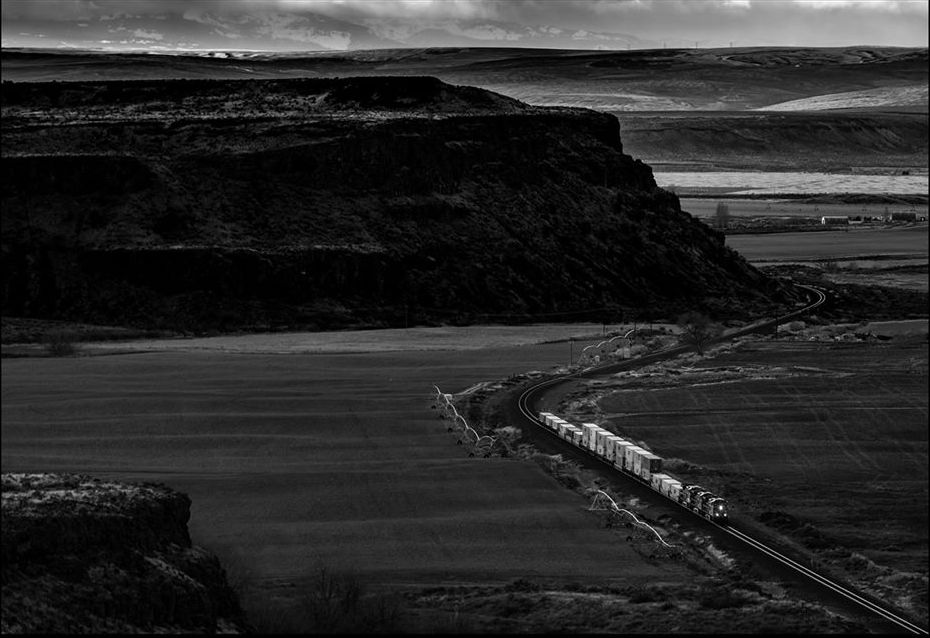