Turning another silent into a violent night. A methodical violence that is: disturbing the dead and the dead-asleep alike. Hootin’, rootin’ and a tootin’ – Cowboys and their metal mares – as if nightmarish apparitions ridin’ into some souled high plains town on steel horses to wrangle then, just as quickly as they appear, steal away with the community’s bounty like booty. No, not like that nefarious ’69 cinematic Wild Bunch, but professionals. A Band of Brothers. Eastern Washington Gateway Railroaders. Die-hards. In fact. Present day grunts armed with orders to take; comms to coordinate the taking; the skill to execute the taking near effortlessly; the precision to take as efficiently as possible. Boots-on-the-ground, got each other's six operators operating on the cusp of railroading past. High above, the recently retired CWGG wheat laurels logo still and still will herald the arrival and departure of this timeless cacophony as it will the corrugated crib elevator with its bearing friction 40’ cars box platform permanently chained, rusted in the upright position. A scene, but for the crew van, anachronistic: may as well be unfolding in 1968 instead of a half-century later. Whatever century it may be, or what wristed analog standard railroad time, or obstacle, the objective is accomplished. Always. 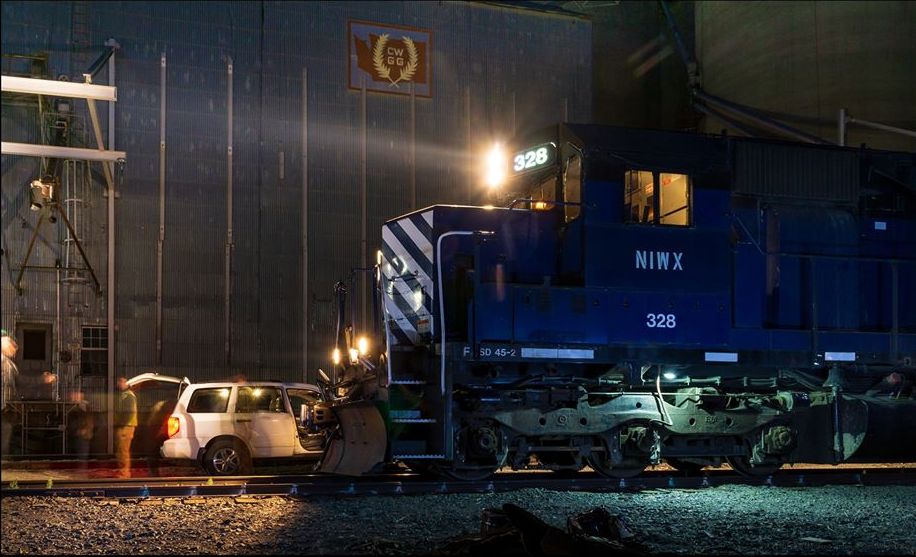