"Burlington Northern's CW Local has minimal tonnage and no revenue in tow as it passes beneath US Highway 2 near Govan, Washington, on September 27, 1980. By the end of the day, though, a full train of boxcars and covered hoppers loaded with wheat will tax the gathered seven locomotives assigned to the train--an A-B set of F-units and five geeps.

"Amid all the former Great Northern and Northern Pacific F-units working for BN in the Pacific Northwest, the train is led improbably by a former Spokane, Portland & Seattle locomotive, 712, a late-version (November 1948) F3A built as SP&S 802.

"The 712 led a curious career following the 1970 BN merger, continuing to work passenger trains in the Pacific Northwest until Amtrak's start in 1971 as the BN 9752. In 1972, she and her five sister SP&S F-units were converted to rotary snowplow power plants and renumbered into the 97255X series, painted in mineral red. BN's motive power shortage brought on by growth of Powder River coal brought the snowplow units back to regular service in their red paint and original BN numbers in 1974; she received green paint and her final BN number, 712 around 1976, assigned to the Spokane area. It was retired about a year after this photo, and finally scrapped in Tacoma in 1982." 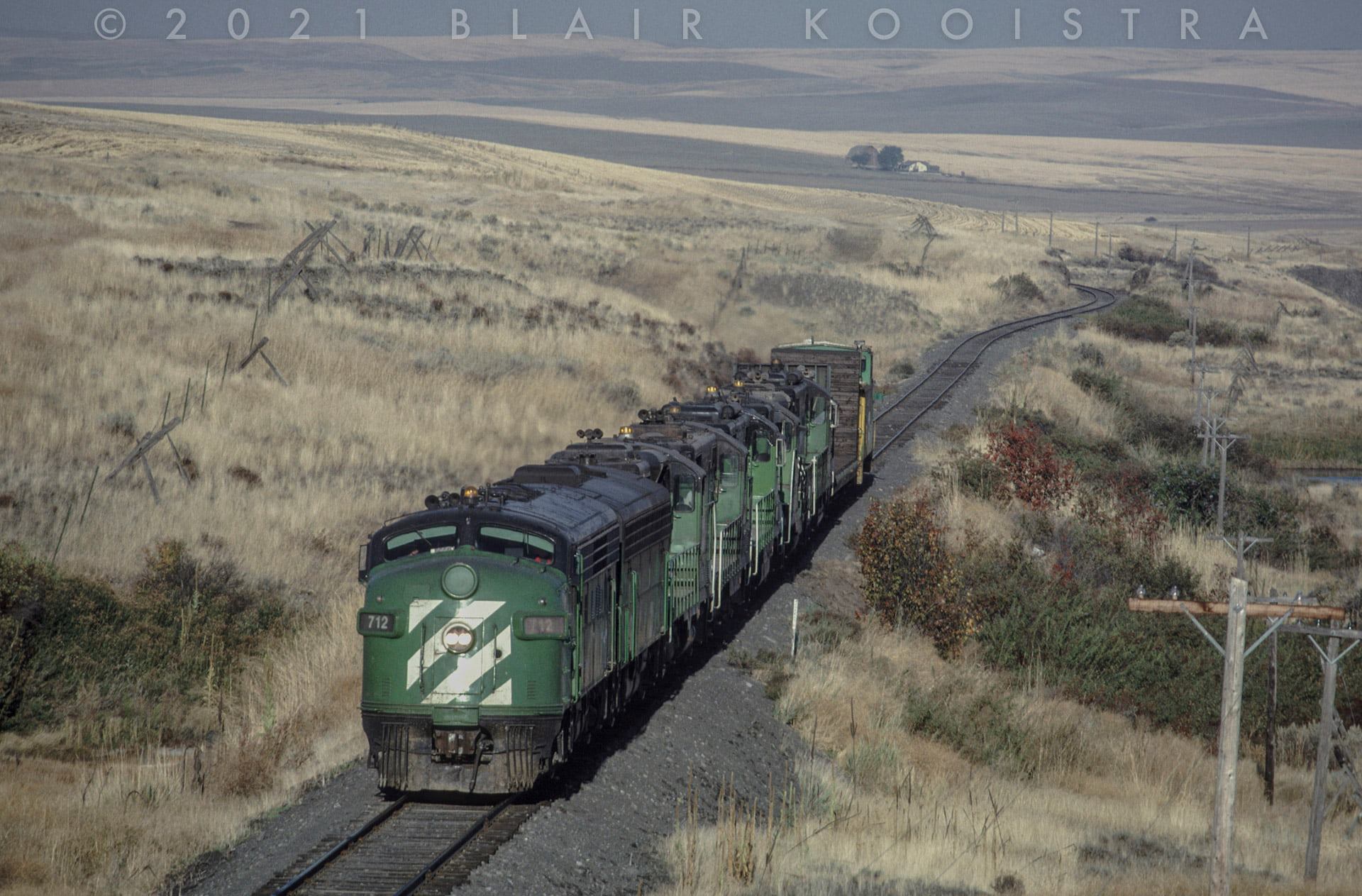