One sunny snowy day on the Eastern Washington Gateway RR... When I was not Working....,EWG Engineer, Bruce Butler eases the second half of a loaded train through Deep creek canyon with a single Former MRL SD45 pulling loads that were left at Hite...We had to reduce tonnage as we only had two units and they had to double the hill both down and up deep creek, as there were too many loads for the two SD45's to handle up deep creek and with no working dynamic breaks at this time, and lots of Ice build up on the rails, wheels and breaks of the cars, to many to handle safely on the long down hill also. 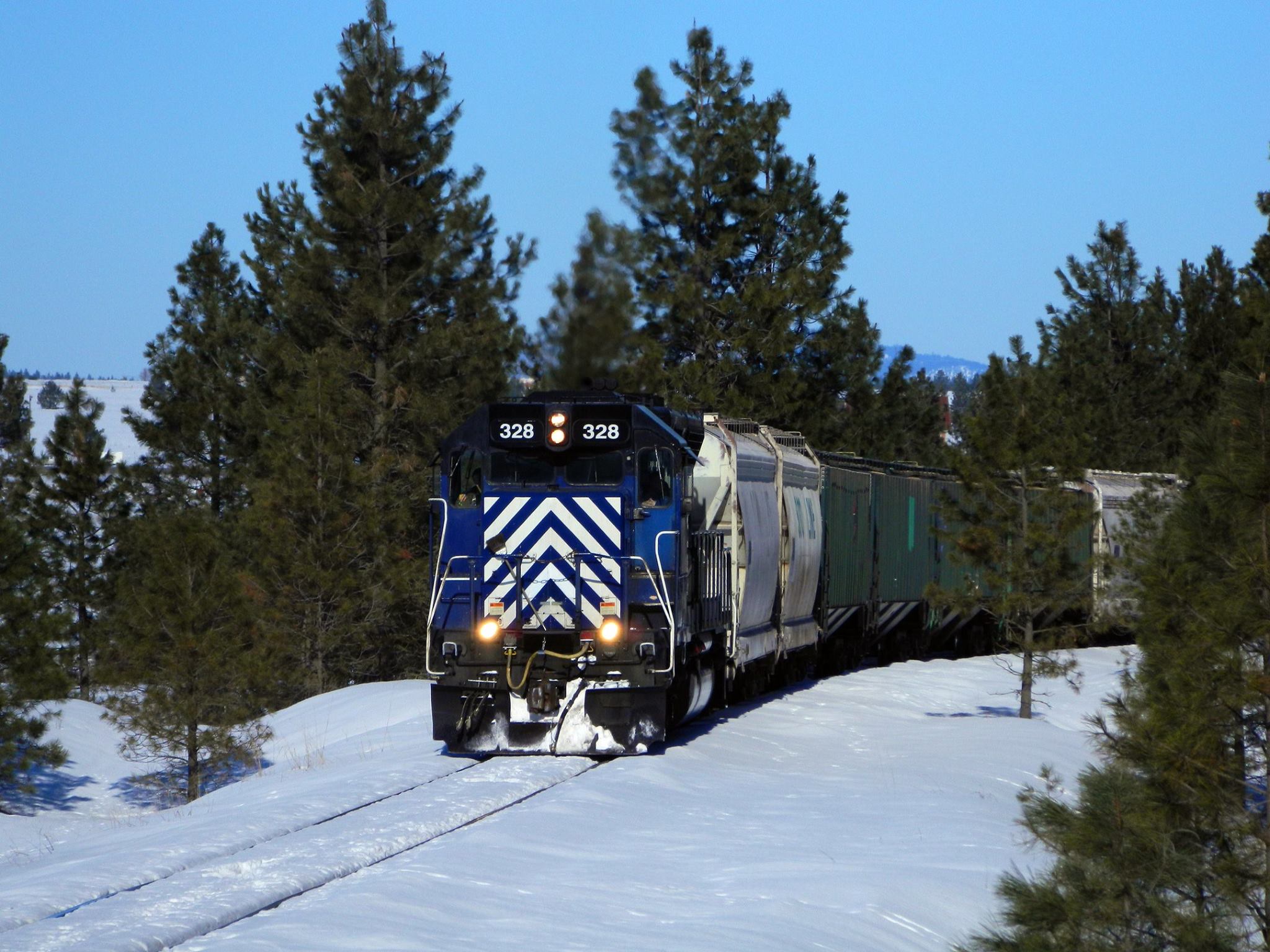