"Rush hour in Wenatchee, BN style five years into the 1970 merger. Far left, a former GN caboose, still red, observes a westbound freight ready to depart on the mainline featuring the usual GP9/F7B/GP9 helper set on the rear. They ran on both the rear and cut into the trains. Closer to the camera two pairs of Geeps also occupy the mainline, apparently preparing to set up on various locals based out of Wenatchee. Likely candidates was the Oroville train, and maybe a Winton local. Another local would have been the Spud local to Quincy, the Mansfield local or the Alcoa switching job." 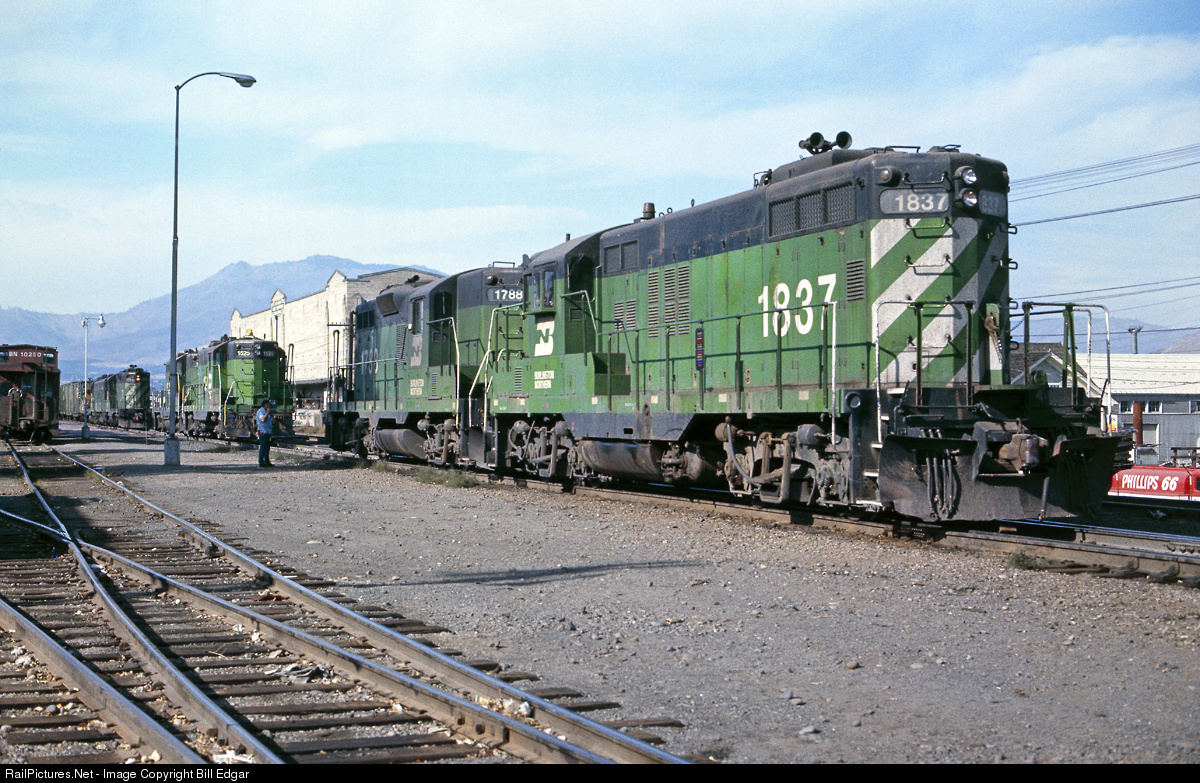