"BNSF 3130 and 3120, both GP50s, lead a westbound Quincy Local into Trinidad, WA at MP 1625 on its return from Quincy, WA to Wenatchee's Appleyard. The train operates weekdays as a turn originating in Appleyard and occasionally may run as far east as Ephrata, WA." 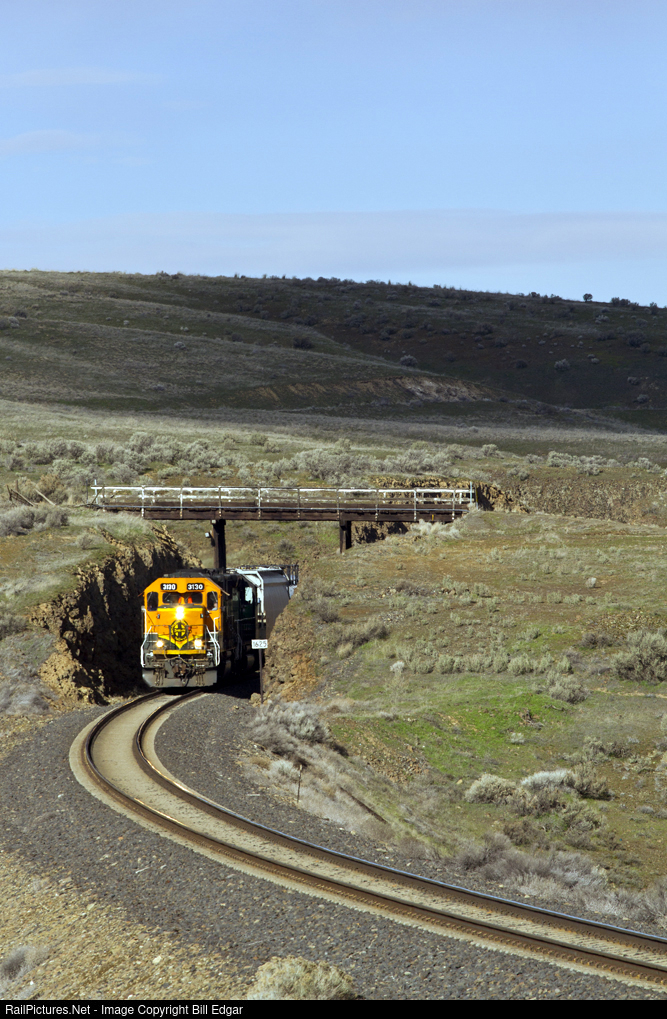 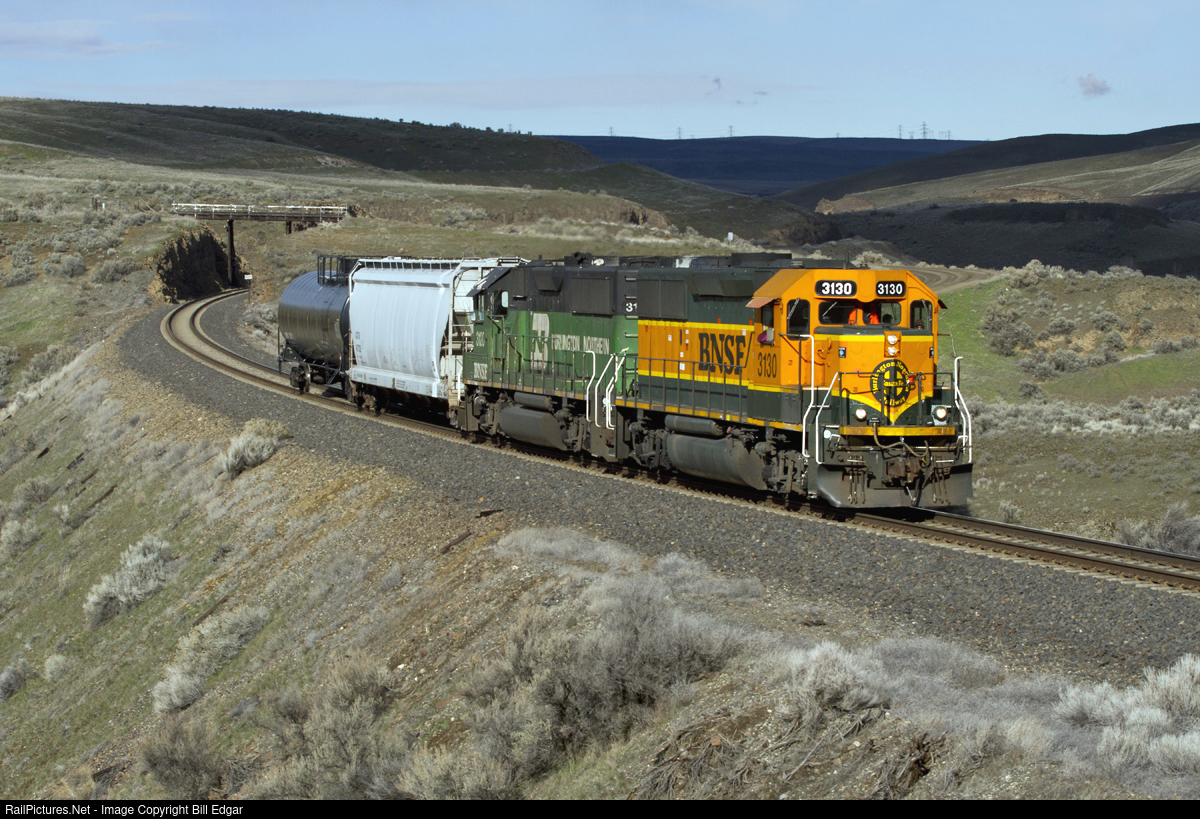