Ghost Of The Milwaukee Road

"Forty years after Milwaukee Road abandoned its mainline across the Northern States, precious few pieces of it remain as viable transportation routes. Twenty miles of it from Othello to Royal City Junction in Washington state has teetered on the edge of viability for decades; now owned by the Port of Royal Slope and operated by ColumbiaRail as the Washington Royal Line, this mainline section and the six-mile Royal City branch is attempting another revival to secure its future.
Traffic has been sporadic, but Port officials are hopeful that this attempt will be successful.
Moving slowly eastward to Othello and interchange with Columbia Basin Railroad, six empty fertilizer cars cross a fill on the flank of the desolate Saddle Mountains between Smyrna and Corfu on September 30, 2020. A former MRL SD45, #331 leads this improbable train on trackage that logically should have been removed forty years ago. In this case, it's a good thing that logic doesn't always prevail." 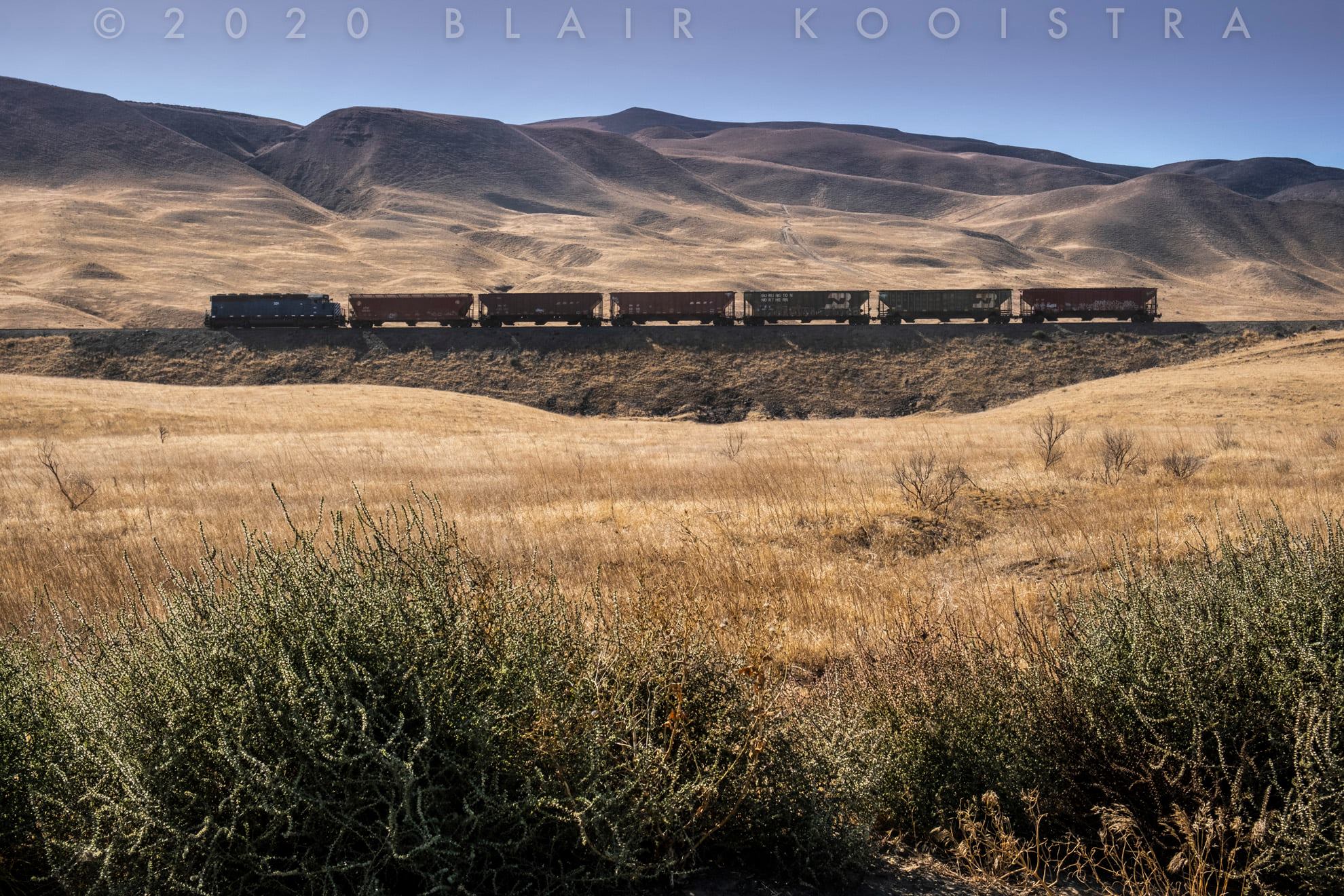