20:52 – a minute after sunset and Preston Cliburn has his mule train comfortably in deft control: whining – like second gen EMD’s in DB do – two four-foot-'cross ten-paddle grid blowers suck cooling air over the current-dissipating grids commingling it with hot exhaust-distorting chilled summer air, together with a little set pinching the wheels to keep thirty-five loaded at Coulee City, Hartline, and Almira CH’s from bucking and bunching slack. No sweat. With 56 jugs workin', ex-MRL, nee-SP SD45-2’s 329 leading, 328 mid-consist, ex-UP nee-Cotton Belt snoot SD40T-2 8702 trailing ease into the west end of Creston as the sun leaves her fleeting colors in the cumulus clouds behind. But this day’s work ain't done, yet. The crew will continue to move their responsibility eastbound and down the line right up to nihil hour before tying down HL8 to be crewed next day becoming the HL8-2. 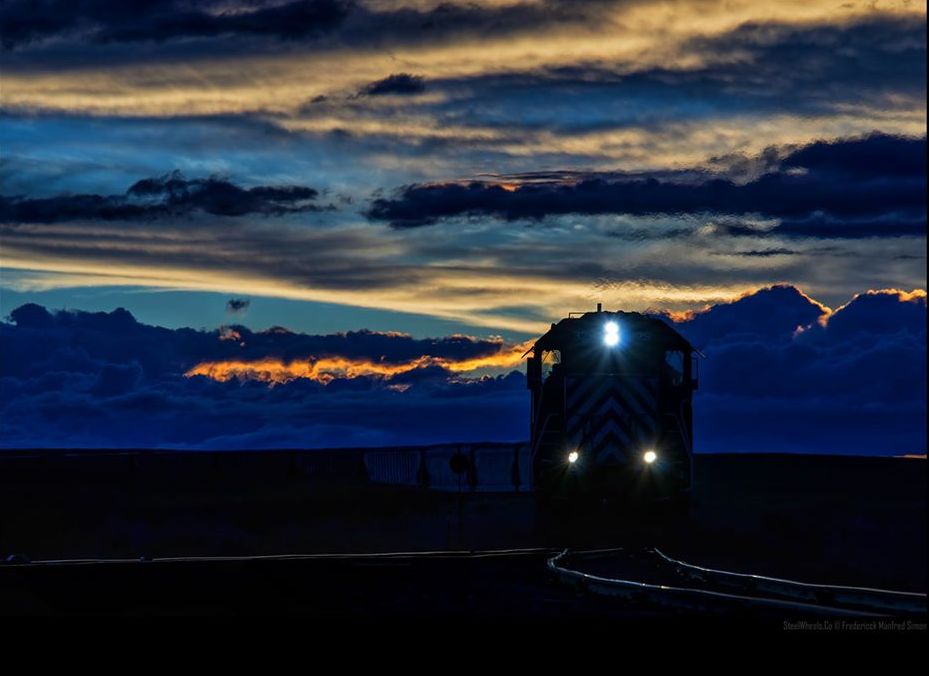