Time to bring the “Tunnel Queen” from the Land of Cotton in for her 92-day inspection: not easy and quite a rigorous task, but with a competent team, it gets done. It’s not often, if ever that we think of, much less get to “see” this mechanical aspect of a locomotive aside from the various, proprietary nomenclatures used to technically differentiate models and makes and types of diesel engines, traction motors, and such. Thus this rarely witnessed image – in black and white for affect – from the inspection pit of her underbelly with a quick rundown of the industrial, wheel-to-rail business side of a “Unit” – Locomotives 101: Presently, we are looking at the front-to-back #6 (partially), #5, and #4 D77B traction motor-wheelset combos. The hardware at the top of the frame holds one set of four field coil assemblies in place within the motor casing. Below that is the brace that holds the snubber in position securing the motor to the Dash-2 introduced HTC (High-adhesion-Truck-C (six-axle)) truck frame while buffering the 1000-hp motor’s torque, in turn, allowing it to apply a combined six-motor maximum starting tractive effort of 92,000 lbs. The two cables are part of a four-cable-bundle-per-motor that delivers the juice and amps galore from the AR10 main alternator. To the left of the right wheel is the gear case housing with round inspection cover for the 62 tooth bull and 15 tooth pinion gears. Hence, 62:15 gear ratio. The best possible power-to-rail formula relative to 1978 standards – her birth year. Crater, as it is commonly referred to, is the black-as-coal near-solid in its inert state lubricant that liquefies under the tremendous heat generated by the friction of the gears while pulling. Her wheels are nice and fat and will last for some time to come. Finally, to either side of the wheels, outside the frame, are the Hyatt 6-1/2 x 12 enclosed roller bearing boxes that support the weight of her 410,000 lbs equally with the 10 other boxes. That about sums it up. Questions, comments, additions? Feel free. 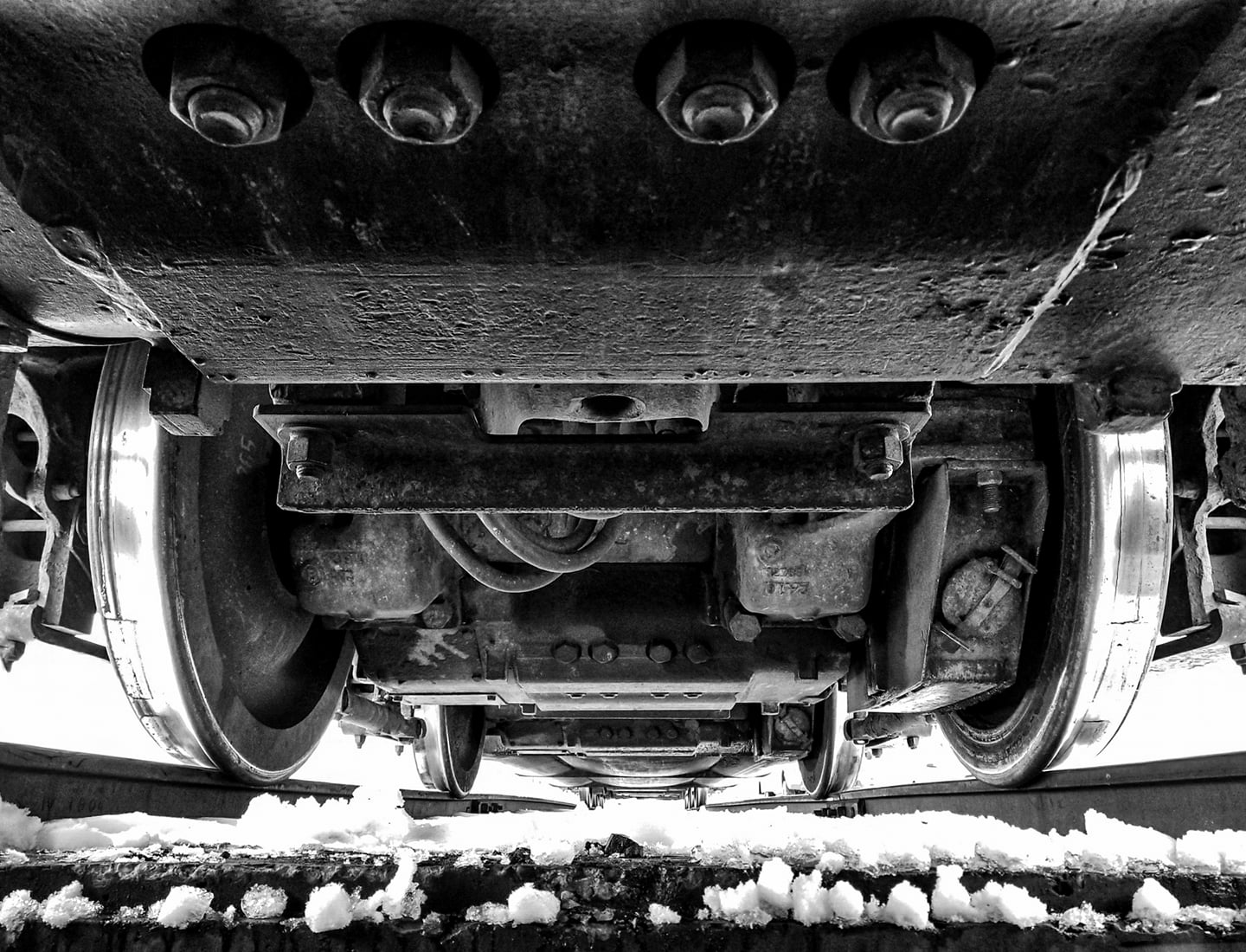 Email ThisBlogThis!Share to TwitterShare to FacebookShare to Pinterest
Labels: 8702, EWG