Here Come The Waters Of The Equalizing Reservoir

On September 30, 1951, this image was captured as water was being pumped out of the Columbia River at Grand Coulee Dam. It flowed through the feeder canal into the upper section of the Grand Coulee that had been dammed off at both ends. The water was going to be used to prime the irrigation system that had been constructed as part of the Columbia Basin Irrigation Project.
The Equalizing Reservoir would go on to be renamed Banks Lake, in honor of Frank Banks, the construction engineer behind the building of the dam.
In the photo below, the rising waters will cover most everything in the coulee. The old railroad grade and a portion of the Speedball highway are beginning to disappear under the water. Seep lakes will disappear, as well as old homestead sites, farms, and orchards. 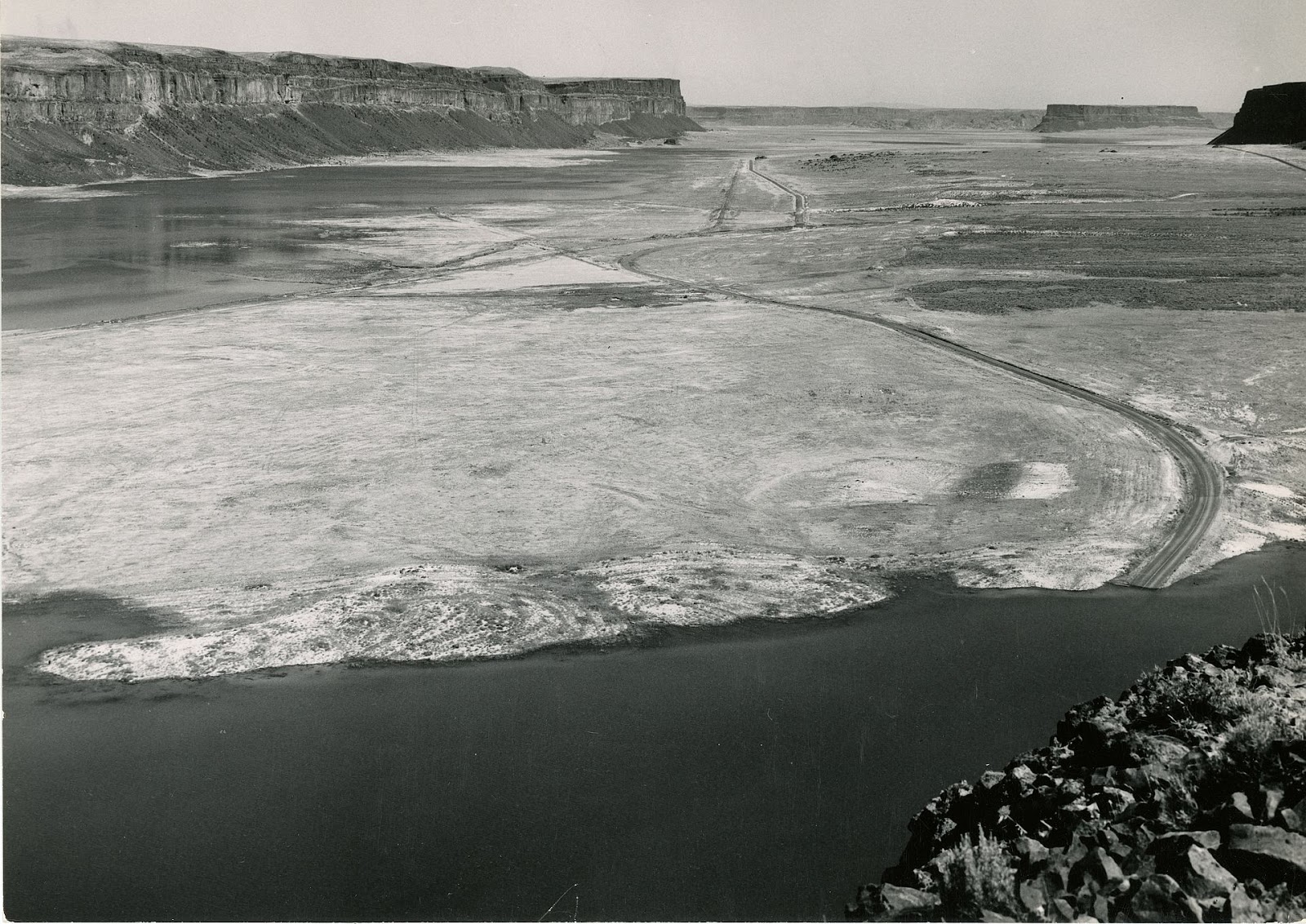