Man, as the railroader, in his limitless imagination and endurance of sheer will power will stop at nothing to move his train down the line, hence he will use every tool at his disposal to do so, be it sticks, stones, steel, steam, or heat. Not even a frozen-solid coupler will deny him making the next joint with a cut of cars that his switch list shows are to be added to his train. Few realize what it is to be a railroader; that it’s not just sitting in a warm cab as the train rolls down the track. Rather that it is a demanding, hands-on, on-your-feet-thinking, problem-solving, detail oriented “job” requiring acute sense and senses to ensure his train arrives timely, moreover unscathed. I propose the next time you fuel your vehicle, adjust the heat in your home, buy a loaf of bread you consider that a railroader was involved making sure that grain to make bread; that oil used to produce gasoline; that coal to fuel the power plant was delivered efficiently, safely, here with the Promethean gift of fire – tool of tools – in hand. 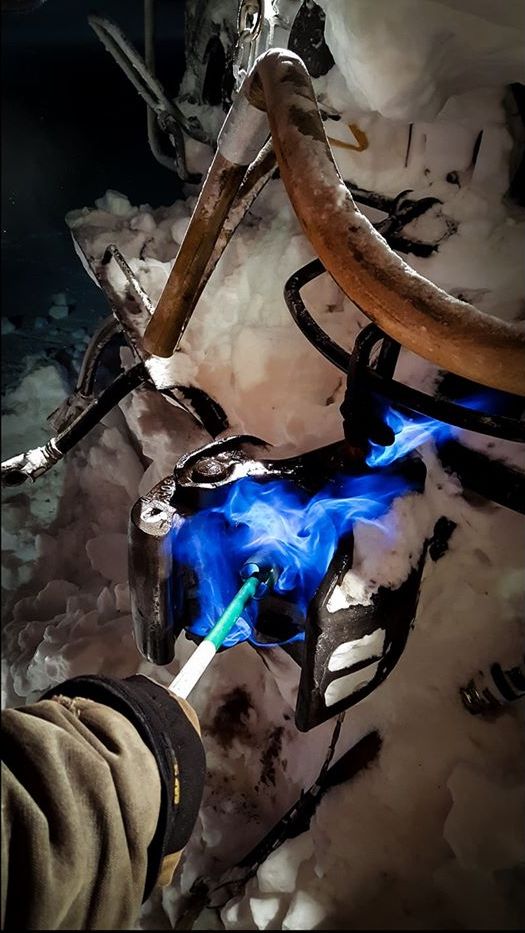 Email ThisBlogThis!Share to TwitterShare to FacebookShare to Pinterest
Labels: EWG