On the way home from work today, I couldn’t resist breaking out my ne’er-without gear to work this ephemeral, “General Purpose” sunset. Tied down at Espanola with a string of CH’s gathered up from “High-Line” elevators the likes of Harrington and Odessa and a few other, all but ghost towns with station names in between, the “Scud” local with an A-B-A trio of Geeps will need another crew to bring it into Yardley less than 25 mile poles east. Here, in Espanola, a hamlet of say 30-if-that inhabitants, where Manila is the main and only “drag” that crosses BNSF’s Columbia River Sub and disappears into an endless field of dust; where the long since closed mercantile and post office; a dilapidated motel and forgotten storehouse; the brick, now renovated schoolhouse; a harvest-filled cluster of elevators and just the other side of the right-of-way a concrete slab is all that remains of the tiny section house complete with rails to tuck away a speeder, one gets the sense that the place might have been a microcosm of trade, travel, and teaching decades past. But like so many start-up townsites that sprung up as railways like the Great Northern built west in the late 1800’s, it has succumbed and shriveled in the face of progress just as quickly as it sprung out of the ground. 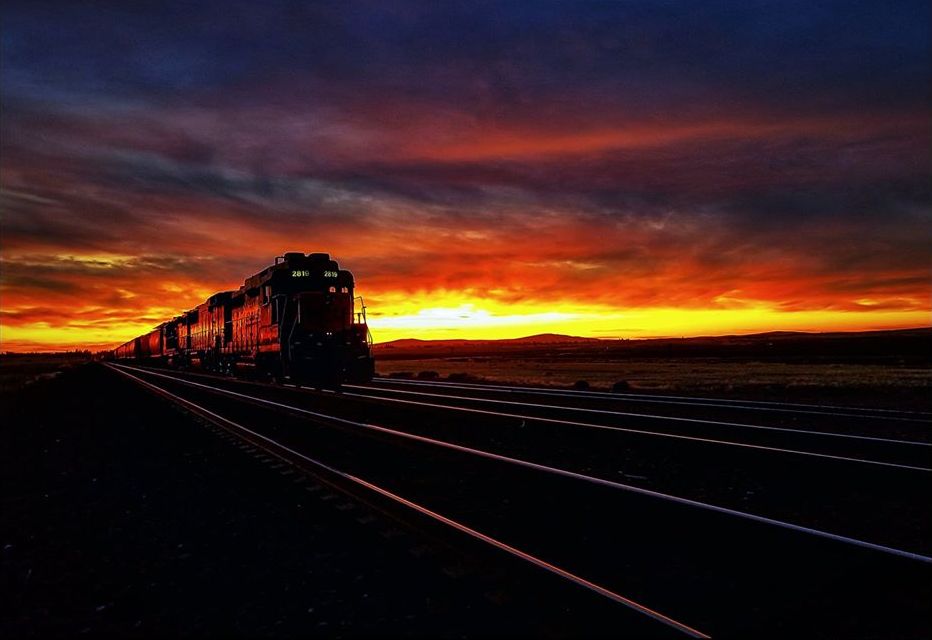