The distant, looking distinctly like the easy hills of a sprinkly Tuscany spring morn, save for the scabish-sage, brownish-brushed fore returns the beholder to Eastern Washington near – seems like – “nowhere” where Engineer Bruce Bulter brings ‘em in. Loads. Of Grain. Staple of the Eastern Washington Gateway Railroad, the indispensable 100-mile-long steel link in the food chain that begins here in the breadbasket of the American Pacific Northwest emanating into the world; EWG moves to markets-to-mouths millions upon millions of pounds of the auric bounty from the grain-growing hamlets sporadically tucked - some here, others there - into the infinite folds of this so fertile loess dirt, their concreted and corrugated, above-ground, seemingly bottomless “wells” endlessly streaming their golden commodity that the masses may not go hungry. 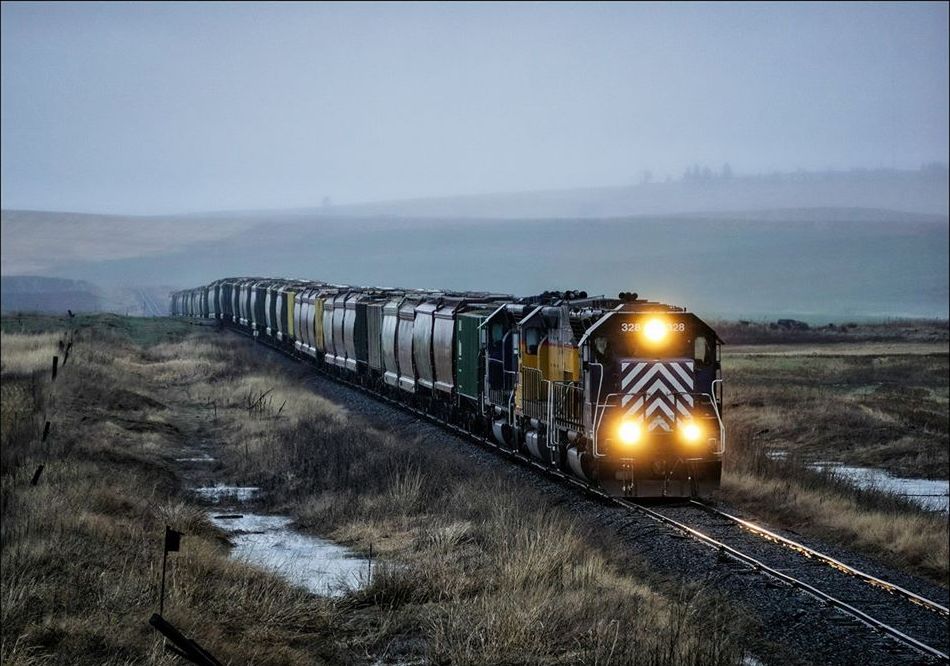